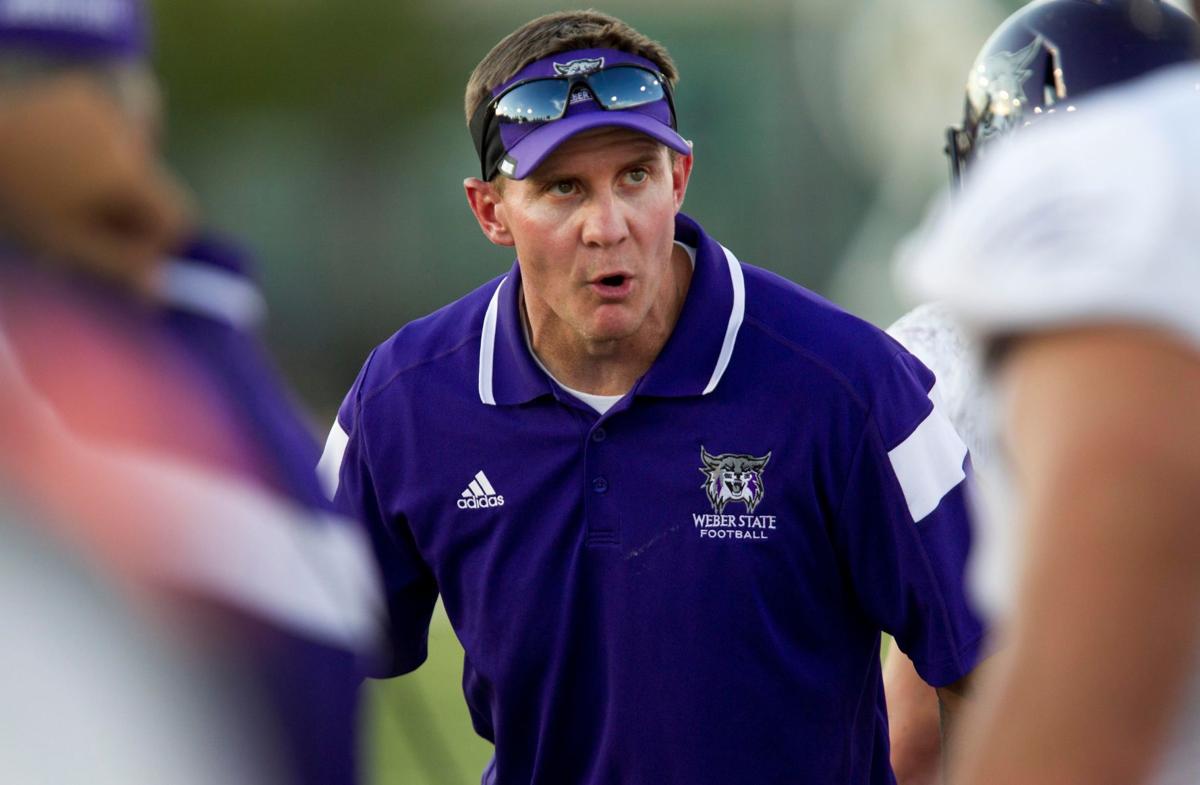 Coach Jay Hill and Weber State remained undefeated in the Big Sky by scoring 10 points in the final 2:49 against North Dakota. 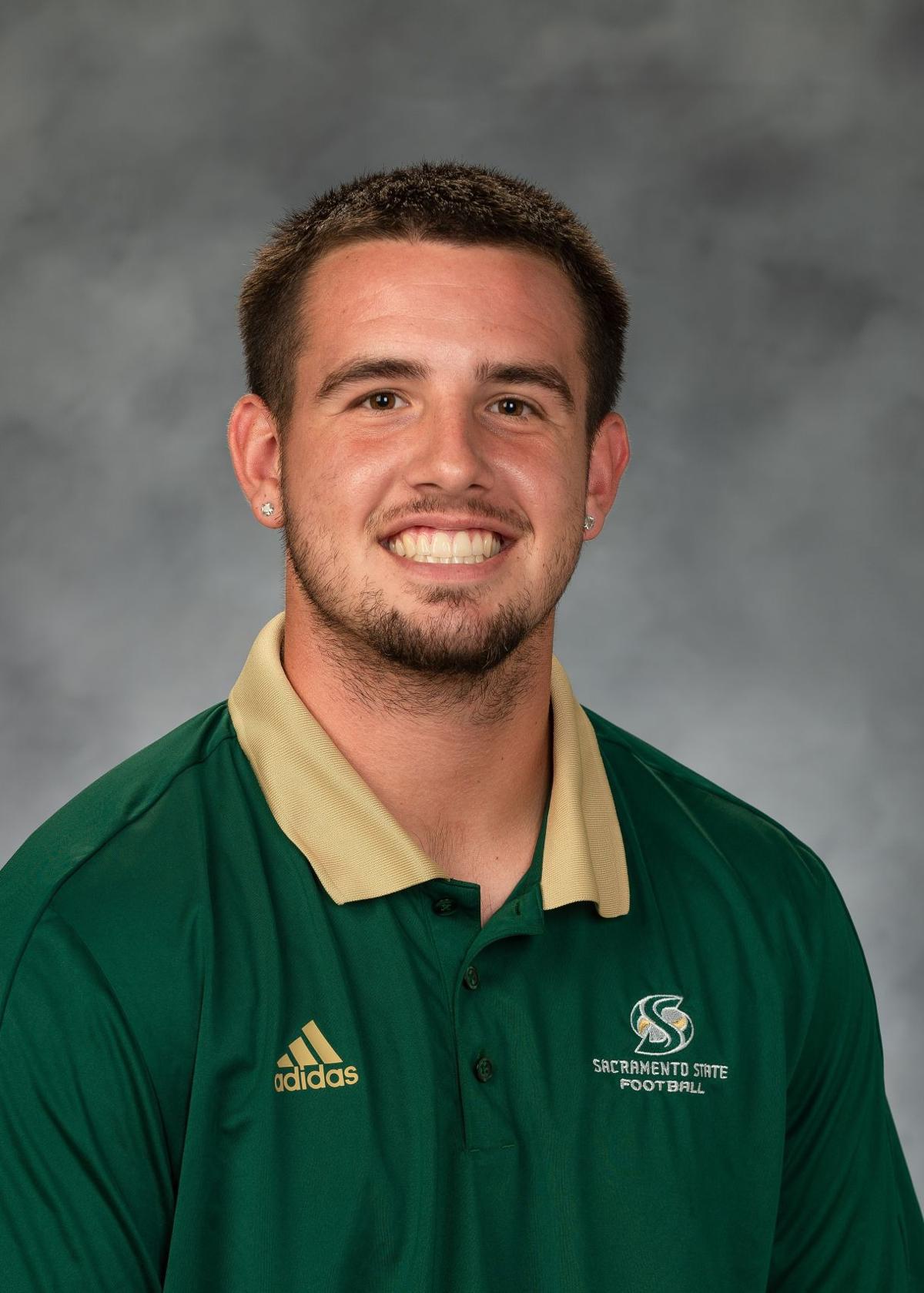 BOZEMAN — Sacramento State had run out of magic, or at least it appeared, Saturday on the road at Northern Arizona.

Trailing by 10 points late in the fourth quarter, the Hornets were in need of a minor miracle to keep their hopes for a first-ever Big Sky Conference championship intact. A second defeat within the league in a three-week stretch would not bode well for those aspirations.

But they got the bounce they were looking for — in the form of an onside kick by placekicker Devon Medeiros — to eventually salvage a wild, 38-34 come-from-behind win.

A 44-yard punt return by Daron Bland helped sit up that score.

Medeiros then executed a perfect onside kick that was recovered by good-hands wideout Pierre Williams at the NAU 49-yard line. Dunniway operated quickly and completed four of his next five throws, including an 18-yard touchdown to Williams that served as the game winner.

The Hornets, who have thrived under first year coach Troy Taylor, improved to 7-3 overall and 5-1 in the Big Sky. They remain a game back of league-leading Weber State, which put together a comeback win of its own on Saturday to stay at the top of the heap.

Trailing North Dakota by seven points in the fourth quarter at home, Wildcats quarterback Jake Constantine ran for a 12-yard touchdown to tie the game with 2:49 left.

Weber State then caught a break when UND’s Brock Boltmann fumbled the ensuing kickoff and the ball was recovered by safety Aaron Sessions at the Fighting Hawks’ 7-yard line (though a penalty pushed the Wildcats back 15 yards).

It was the Wildcats’ seventh straight win.

Weber State (8-2, 6-0) can clinch at least a share of its third straight Big Sky crown — and the league’s automatic postseason bid —  with a win Saturday in its showdown with second-place Montana (8-2, 5-1) at Washington-Grizzly Stadium in Missoula.

The Wildcats could potentially be without standout running back Josh Davis, who was evaluated for a concussion early in the UND game, according to a Weber State release.

Quarterback Jake Maier is the star of UC Davis’ offense, but running back Ulonzo Gilliam’s impact can’t be overstated. That was proven again Saturday during a 45-28 road victory at Portland State.

Gilliam rushed for a career-high 242 yards on 29 carries and scored two touchdowns, helping an Aggies offense that produced 649 total yards. Gilliam’s rushing total is the fifth-highest in school history.

Maier, meanwhile, threw for 383 yards with four touchdowns and one interception.

Gilliam has now eclipsed the 1,000-yard threshold for the season (1,055). He is the first running back in the Big Sky to do so. Gilliam’s 105.0 rushing yards per game average ranks 11th in the FCS.

Gilliam was named the national offensive player of the week by College Sports Madness on Monday. He did not, however, claim the Big Sky’s offensive honor.

That went to Eastern Washington quarterback Eric Barriere, who threw for 406 yards and three touchdowns in the Eagles’ 48-5 victory over Idaho State.

The Aggies, who aren't totally out of the FCS playoff conversation, host Montana State this week.

But Walsh has had to wait to add to his total, as the Mustangs have dropped five in a row, including a 21-9 loss at Idaho their last time out two weeks ago. Cal Poly hosts Eastern Washington this week.

With its victory over North Dakota, Weber State remained at No. 3 in this week’s STATS FCS Top 25 poll, which was released on Monday. Sacramento State, with its win, moved up two spots to No. 6.

The surprise of the week on the national scene was Southeastern Louisiana’s 34-0 thumping of Central Arkansas, which plummeted seven spots to No. 14 this week. UCA was a part of the FCS playoff selection committee's initial top 10 ranking.

Northern Arizona QB Case Cookus threw one touchdown pass in the loss to Sacramento State. With 101 TD throws, he is 10 shy of breaking the Big Sky’s career record of 110 set by former Eastern Washington QB Vernon Adams. Cookus’ final two games of his career are against Southern Utah and Idaho. Cookus and Adams are the only quarterbacks in league history to throw 100 or more touchdown passes.