BILLINGS — Stress is at an all-time low right now, relative to a typical rivalry week.

The coaches will probably sleep better on Friday night. The players might, too.

But it’s no consolation. Saturday would have marked the 120th gridiron matchup between Montana and Montana State, and instead all there is to look forward to is a whole bunch of nothing.

For those who might not know, there’s a Twitter account titled “DaysSinceUMbeatMSUinFootball,” and it provides not-so-subtle reminders of how long it’s been since Montana defeated Montana State in football.

On Saturday the count will reach 1,827 days. But it's no reason for the Bobcats to celebrate.

That Twitter profile is a crafty attempt to get under the skin of Griz faithful, the same folks who enjoyed a staggering run of 5,873 undefeated days against the Bobcats during “The Streak” from Oct. 25, 1986 to Nov. 22, 2002.

Too bad, the Cats would say.

Fact is, the Great Divide Trophy is staying put in Bozeman, just as it has since it was hauled east from Missoula on Nov. 19, 2016 — though the Bobcats would have much rather kept the 150-pound bronze prize the same way they have the past three years with the score in their favor at the end of the game.

By the same token, Montana would have relished the chance to reclaim the trophy this week on its home field in front of 26,000 some-odd screaming fans at Washington-Grizzly Stadium in Missoula.

But that’s not going to happen in this pandemic-paused season.

“Our in-state rivalry is one of the best in college football,” Hauck said. “Unfortunately, it’s one of the few big rivalry games in the nation that won’t be played this fall.

“I know our team will miss it. I think our fans are missing football too, specifically this game.”

“It’s really unfortunate that we haven’t found a way to play this game, especially when you look around the country and you recognize that there’s definitely a way we could have done this,” he said.

“It’s part of the fabric and the culture of the state of Montana.”

How’s this for a number?

That’s how many days will have passed, come Sunday, without the Bobcats and Grizzlies so much as playing against each other on the gridiron. And that’s historically significant.

The last time there wasn’t a Cat-Griz football game played in a calendar year, or an entire season for that matter, was during a different crisis at the end of World War II in 1945. Approximately 27,400 days ago, since we’re counting.

It’s not unprecedented, Choate pointed out, but it’s a fact that is hitting harder for a lot of people this week.

“There’s just an empty feeling of it not happening,” MSU athletic director Leon Costello said. “I feel for the kids and I feel for the coaches. I feel for the fans, both sides. This rivalry means so much to so many people, and for it not to take place, it’s eerie. It really is.”

When Hauck was hired back at Montana after the 2017 season, Choate, well aware of Hauck’s previous success, said he looked forward to a “good fight” with the Grizzlies and their repatriated coach.

It certainly was that in 2018 when the Griz were poised to win in the final seconds but quite literally had it stripped away at the goal line.

Last year, not so much. The Bobcats trounced Montana 48-14, their greatest margin of victory in the rivalry in 34 years. It also solidified their longest winning streak against UM in a generation.

Choate, in his fifth year at the helm in Bozeman, has the Bobcats competing near the top of the FCS. They won 11 games and made it to the semifinal round in 2019, the deepest the program has ventured in the playoffs in 35 years.

Hauck, in his third year back in Missoula, needed just two seasons to get the Grizzlies back to 10-win territory and highly ranked in the FCS.

Hauck won at Montana before, to the tune of 80 wins and three national title game appearances, and he’s going to win there consistently again.

Seems like this year’s game could have been not just a good fight, but another epic one.

Of course, the Cat-Griz matchup has been rescheduled for March 27 as part of the Big Sky’s proposed spring football season, and so the programs will be able to hash it all out then.

That’s the plan, at least. But nothing is guaranteed, especially with coronavirus spreading the way it is.

Vaccines look promising, but we’re in a much worse place now than when the season was originally halted.

And let’s face it, the real number of concern is 561: The amount of Montanans that as of Thursday had died as a result of COVID-19 since the first cases were confirmed on March 13.

No matter when the Cats and Griz clash again on the football field — in March or next November — it will be welcomed with open arms across our vast state.

Because Lord knows we’ll need it.

There will not be fans at Dahlberg Arena to start the 2020-21 University of Montana men's and women's basketball seasons, the school said in a Friday morning release.

Sentinel's Camden Sirmon is going to be sticking around Missoula for a little while longer, committing to the Montana Grizzlies one day after helping lead the Spartans to the Class AA state football title.

The Bobcats haven’t even scrimmaged full court in practice in the last six weeks because players have constantly been in and out of practice due to coronavirus-related protocols. 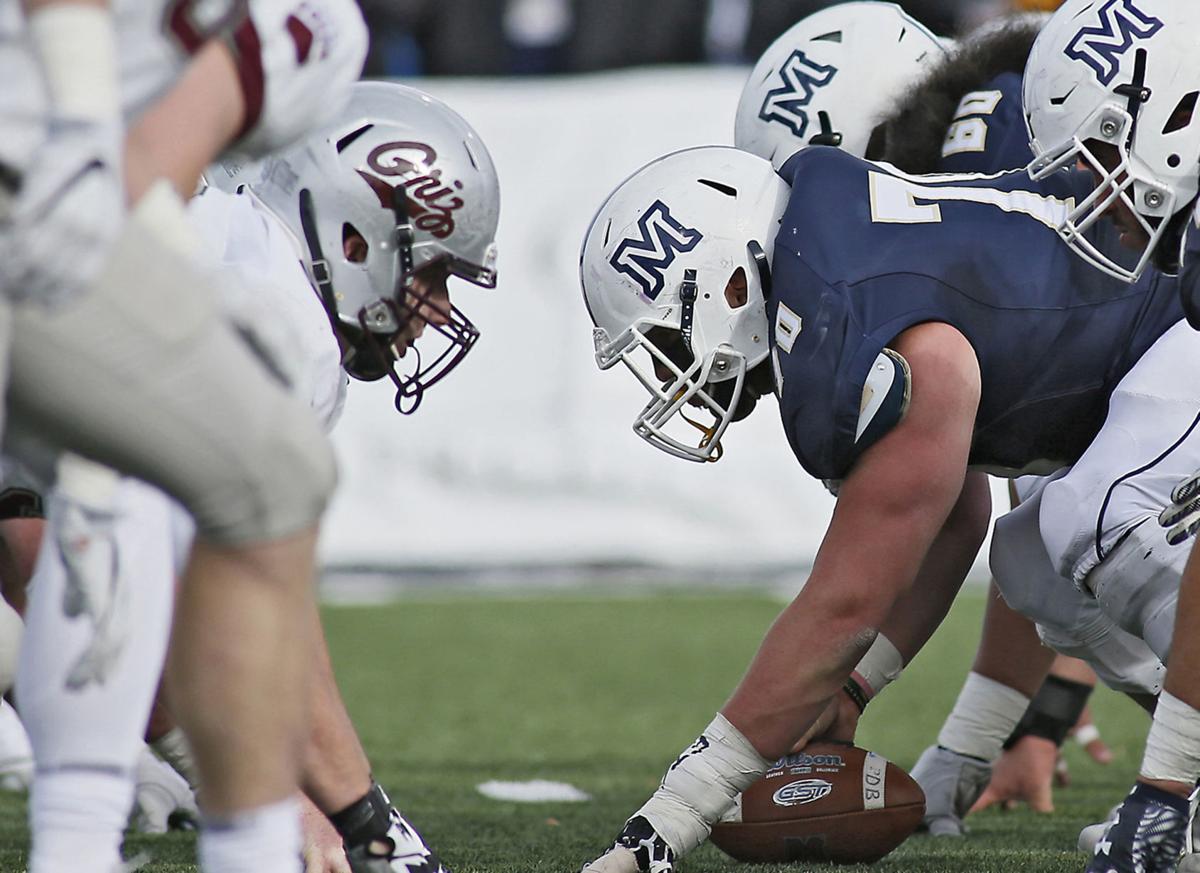 Saturday would have marked the 120th football meeting between Montana and Montana State. This is the first year in which the Bobcats and Grizzlies won't face each other since 1945.