BOZEMAN — Far be it for me or anyone on the outside to play judge or jury on whether Montana and Montana State are making the right call in abandoning plans to compete in the Big Sky Conference’s spring football season.

After all, as much as we all want the games to go on, none of us in our virtual cheap seats and virtual press boxes can fully appreciate the challenges the way the players, coaches and support staffs at the two schools do.

I’m guessing as time elapsed in the late fall and winter, the spring-football pros-and-cons lists at UM and MSU were ever evolving, with the con side growing daily until the schools jointly announced Friday they were begging off.

At the time this novel solution was conceived during the height of the novel coronavirus pandemic, a spring season seemed a tenable if imperfect Plan B. Given the stark COVID-19 realities of late summer, and the belief — fantastical, in retrospect — that our nation surely would rise to the task of confronting, containing and controlling the virus, visions of full or nearly-full stadiums on bright spring days provided a hopeful ray.

Back then, I was gung-ho for quick-kicking the Big Sky season to spring.

I imagined it as aloe on the financial wounds both athletic departments were destined to suffer during a silent fall. I also saw the games as six-session therapy for the unprecedented confluence of a deadly pandemic, economic despair and social unrest.

Then came the fall.

Week after week, the Power 5 schools staggered along, not knowing whether they’d play even after boarding their flights. What games we did have lacked the usual pageantry, energy and drama.

Maybe it’s just me, but I don’t sense that sports have had the healing powers they typically impart during times of unrest and uncertainty, perhaps because they too have been so vulnerable to the pandemic fallout. Many of the games have gone on, but they lack the power to disconnect us from reality when they aren’t disconnected themselves.

It’s been tough to invest emotionally when the turf might be pulled out from under you any day.

Or perhaps the triple psychological anvils simply elbowed sports out of the living room.

Regardless, as the fall progressed, the sense of spring football becoming less palatable grew more palpable.

COVID-19 remains an evolving and elusive complexity, with numbers ebbing in Montana yet still surging nationwide while an ominous new variant takes hold. Regardless of the pandemic’s rise or fall here, empty or mostly empty stadiums were a certainty, resulting in a bottom line still scrawled in red.

Even so, though all trails lead back to COVID-19, I doubt the virus alone would’ve resulted in this decision.

Consider weather. It's easy to talk about braving the Arctic in August, but when you're witnessing winds uprooting Ponderosa pines in Bonner and depositing them in Three Forks, perspective changes. Winter has largely snubbed us this year, but February and March can pack a punch.

Though the Big Sky’s schedule reflected this, without indoor facilities how do you practice in a blizzard or when the mercury grins impishly at you at minus-20?

Most concerning: The physical and psychological toll on players pounding each other for a minimum of 18 games over 10 months, with barely a summer turnaround breather.

Not only would a shredded ACL mean missing two seasons, imagine the healthiest players’ exhaustion entering the 2021 Brawl of the Wild in November.

In my mind, this seals the deal. Whatever benefits there are in playing are outsized by the costs, and given that athletes are granted an extra year of eligibility anyway, it’s increasingly felt like trying to force an expanding square peg into a shrinking round hole.

At some point, you ask: Why?

Some are no doubt upset and will deride the decision as a reflection of a culture gone soft.

On the one hand, I get it. We still want sports to help provide comfort at a time when every newscast seems to reveal a nation circling the drain. We crave normalcy, even if in this case normalcy meant early-season games in the snow and a Cat-Griz game shrouded in the aroma of blooming daffodils.

Yet, in the end, it’s still just that: Sports.

We don’t need it, we want it. To demand college athletes put themselves at risk for our entertainment smacks of entitlement and self-absorption.

If all goes as hoped, we’ll have spring football like in the old days with perhaps a couple of intriguing games, the usual summer ebb, begin practice in August with fresh bodies and fresher enthusiasm, and before we know it kick off the 2021 season — watching from actual seats and actual press boxes, the coronavirus vaccine pinpricks in our arms a distant wince.

It’s a verdict we all can all live with.

Email 406mtsports.com and Lee Montana newspapers Executive Sports Editor Jeff Welsch at jeff.welsch@406mtsports.com or follow him on Twitter at @406sportswelsch

Jordan Reed was interested in Wyoming when Brent Vigen was offensive coordinator. That changed with Vigen's arrival in Bozeman.

MISSOULA — Montana junior safety Robby Hauck was one of only three players from the Big Sky Conference to earn a place on the College Sports Information Directors of America (CoSIDA) Academic All-District First team, the organization announced recently.

MISSOULA — The Montana football team is ranked No. 11 in the Athlon Sports Preseason FCS Top 25, the organization announced Wednesday.

CASPER, Wyo. — The Montana State women's rodeo team increased its lead to more than 100 points Friday heading into the short go at the College National Finals Rodeo in the Ford Wyoming Center.

Moeykens rallied to the title Saturday and helped the MSU women to their first team championship since 2011, and third overall. 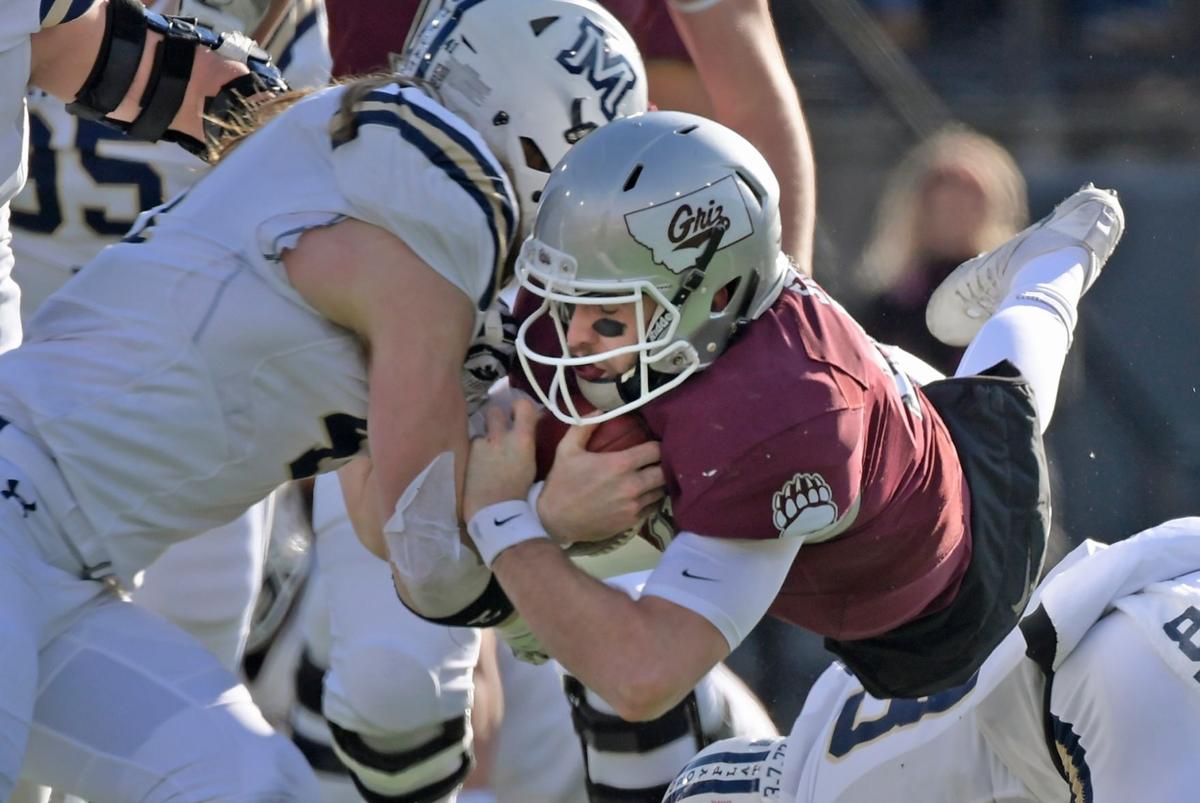 Montana and Montana State, shown during their annual meeting in 2019, announced Friday that they are both opting out of a formal Big Sky Conference football schedule this spring. 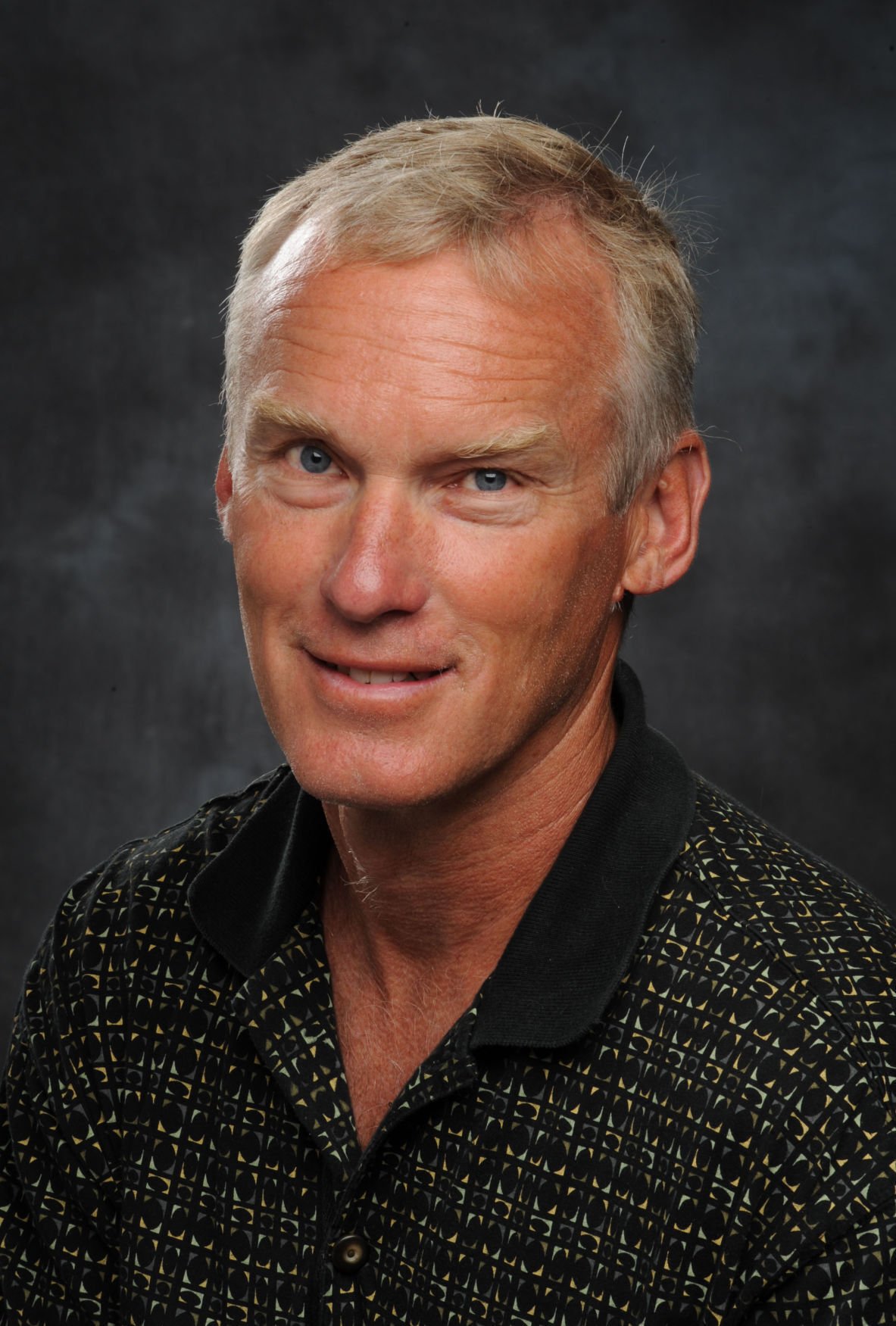