Become a Member
Read Today's E-edition
Share This
'He checks boxes': NFL future for Montana State’s Troy Andersen is not if but where
0 Comments
Share this
1 of 2 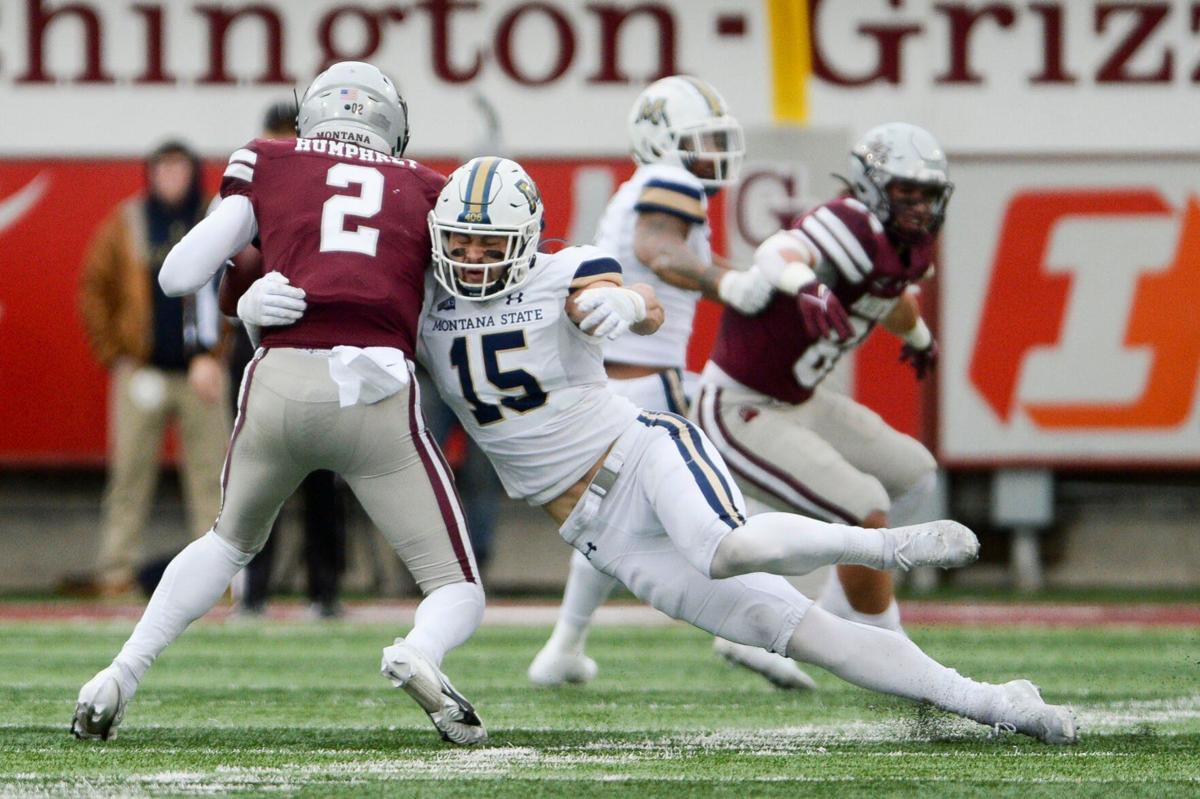 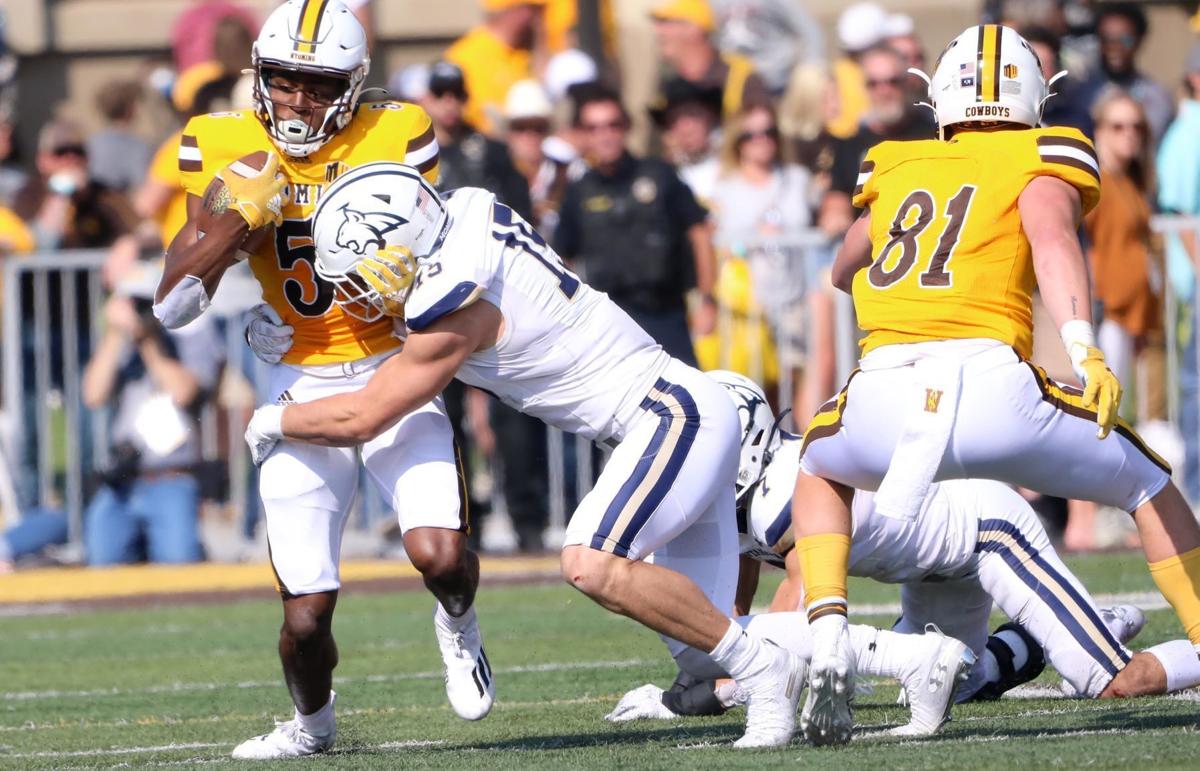 BOZEMAN — Dane Brugler struggled to recall a college football player who excelled on both sides of the ball.

It’s somewhat common to see NFL draft prospects like Central Michigan’s Bernhard Raimann, an Austria native who moved from tight end to left tackle in 2020 and is projected to be selected in the first three rounds of April’s draft.

Brugler, who covers the draft for The Athletic, also brought up Jason Cabinda, a fullback for the Detroit Lions who played linebacker at Penn State.

Examples like that are similar to Montana State’s Troy Andersen but don’t quite reach his legendary level. Andersen has been an All-American on both offense and defense. He’s also played multiple positions on each side of the ball.

“It's just not something you see very often, that's for sure,” Brugler told 406mtsports.com on Tuesday.

That versatility is one of the main reasons why Andersen will almost certainly be drafted. The senior from Dillon has not just been productive throughout his MSU career, he looks the part of an NFL player. To be determined is where he’ll be selected, which position he’ll play and if he’ll enjoy professional success.

“The word ‘intrigued’ was used I think by every single scout that I talked to,” Brugler said. “There's a lot that they've seen from him that excite them, but still more that they want to see.”

Some scouts think Andersen will be a top-100 draft pick in the third or fourth round, according to Brugler. Pro Football Focus ranks Andersen No. 92 on its big board. Damond Talbot, the owner of NFL Draft Diamonds, thinks Andersen is more of a fifth-to-seventh round player, but he “wouldn’t be shocked” if a team took him in the fourth round or earlier.

Former QB/RB/FB on offense (ranks top-10 in school history in rushing) who made the transition to LB. Still raw but a big athlete (verified 6037, 235) w/ two-way potential. https://t.co/tZ1iHQN9Xd

“He can play almost five positions on defense probably, and he can probably play multiple on offense. That's not normal at any level, let alone at the FCS level,” Talbot said Monday. “He's just a freak athlete.”

Andersen’s 40-yard dash time ranges from 4.56 to 4.76 seconds, according to NFL Draft Scout. Scouts have verified that he stands 6-foot-3 and 7/8ths and weighs 235 pounds, per Brugler and Talbot.

That size makes Talbot believe outside linebacker would be Andersen’s best position at the next level. That was Andersen’s primary position in 2019, and he switched to “Mike” (or middle) linebacker in MSU’s new 4-2-5 scheme this year.

“You're talking about an outside backer with maybe sub-4.7 speed,” Talbot said. “That's ridiculous. I think he'll blow up draft boards with that.”

Andersen played OLB and running back in his Big Sky freshman-of-the-year 2017 season, and he switched to quarterback in 2018. He earned All-America honors that year and in 2019, and he’ll likely get another this season. Last week, he was named Big Sky defensive player of the year, and he’s a finalist for the Buck Buchanan Award, given to the top FCS defensive player.

Andersen has tallied 111 tackles in 11 games (68 in the last five) going into MSU’s home playoff game against UT Martin on Saturday.

“I don't know how high he’ll get drafted or anything, but I think he's going to play on Sundays for sure,” MSU defensive coordinator Freddie Banks said last week. “If he stays healthy, he'll have a long career because of his work ethic, and he's been blessed with the talent to play at that level.”

Andersen is not a consistent form tackler, largely because of an inconsistent strike zone and wrap technique, Brugler said. Blockers have been able to gain leverage and move Andersen. He sometimes flows with the action instead of anticipating the play design, and he can be a step late as a result. Brugler said Andersen could use “better eye discipline.”

But Brugler has been impressed with Andersen’s pursuit speed, especially sideline to sideline. Andersen is physical, plays hard and “fires downhill,” Brugler said.

“You can tell right away his aggressive nature, the way he plays. He finds ways to get the job done, get his man on the ground, and you see the speed that he plays with. So he checks boxes for the size, the speed, the strength, the aggressiveness,” Brugler said. “When you turn on the tape, you should be able to know right away who he is. I think with Andersen, that definitely was the case.”

Middle linebacker is a new position for Andersen, one he might not even play in the NFL. OLB is obviously an option, and some people around the NFL have mentioned an H-back type of offensive role for Andersen, per Brugler. Talbot said Andersen could “definitely be a project” at tight end, but he thinks OLB is a better fit, largely because this year’s tight end class is deeper than OLB.

The most recent MSU player drafted was tight end Beau Sandland in 2016 (seventh round), and the second-most recent was guard Mike Person in 2011 (also seventh). Person, a Glendive native, played in the NFL for nine years, started at right guard for the San Francisco 49ers in Super Bowl LIV and retired in 2020 after the 49ers released him.

The last Bobcat selected in the first six rounds was defensive back Joey Thomas in 2004 (third round). The Cats have one first-round pick in their history (defensive tackle Bill Kollar in 1974) and no second-rounders.

Former MSU linebacker Alex Singleton is currently a team captain for the Philadelphia Eagles, and former MSU wide receiver Travis Jonsen has been added to practice squads for the Tampa Bay Buccaneers and the Detroit Lions. The Lions cut Jonsen shortly after they added him last month.

Andersen isn’t the highest-rated FCS player in the 2022 draft class. That distinction goes to Northern Iowa offensive tackle Trevor Penning, who Brugler currently has going No. 18 overall. Braxton Jones, an OT for Southern Utah (a now-former Big Sky program), could go as high as the third round, Brugler said.

Both Brugler and Talbot think Andersen’s stock could rise. Brugler would be shocked if Andersen doesn’t get an invitation to either the Senior Bowl or the East-West Shrine Bowl, which will both be played in February.

Playing in one or both of those games would help scouts determine Andersen’s ability to compete with some of the best players in the nation, not just the FCS.

He’ll also be able to show off his athleticism at events like the NFL Scouting Combine, and he can give NFL teams a sense of his well-regarded character during pre-draft interviews.

“He's going to be on the NFL roster next year,” Talbot said. “I would be shocked if he's not.”

Talbot, who called Andersen a “Swiss army knife,” believes he will make a 53-man roster because he’ll at least be attractive as a special teams player. It would be fitting if the two-way MSU great starred in the third area of the game.

“He's shown that he can do so much,” Brugler said, “and the more you can do, the harder it's going to be for the coach to cut you at the end of camp.” 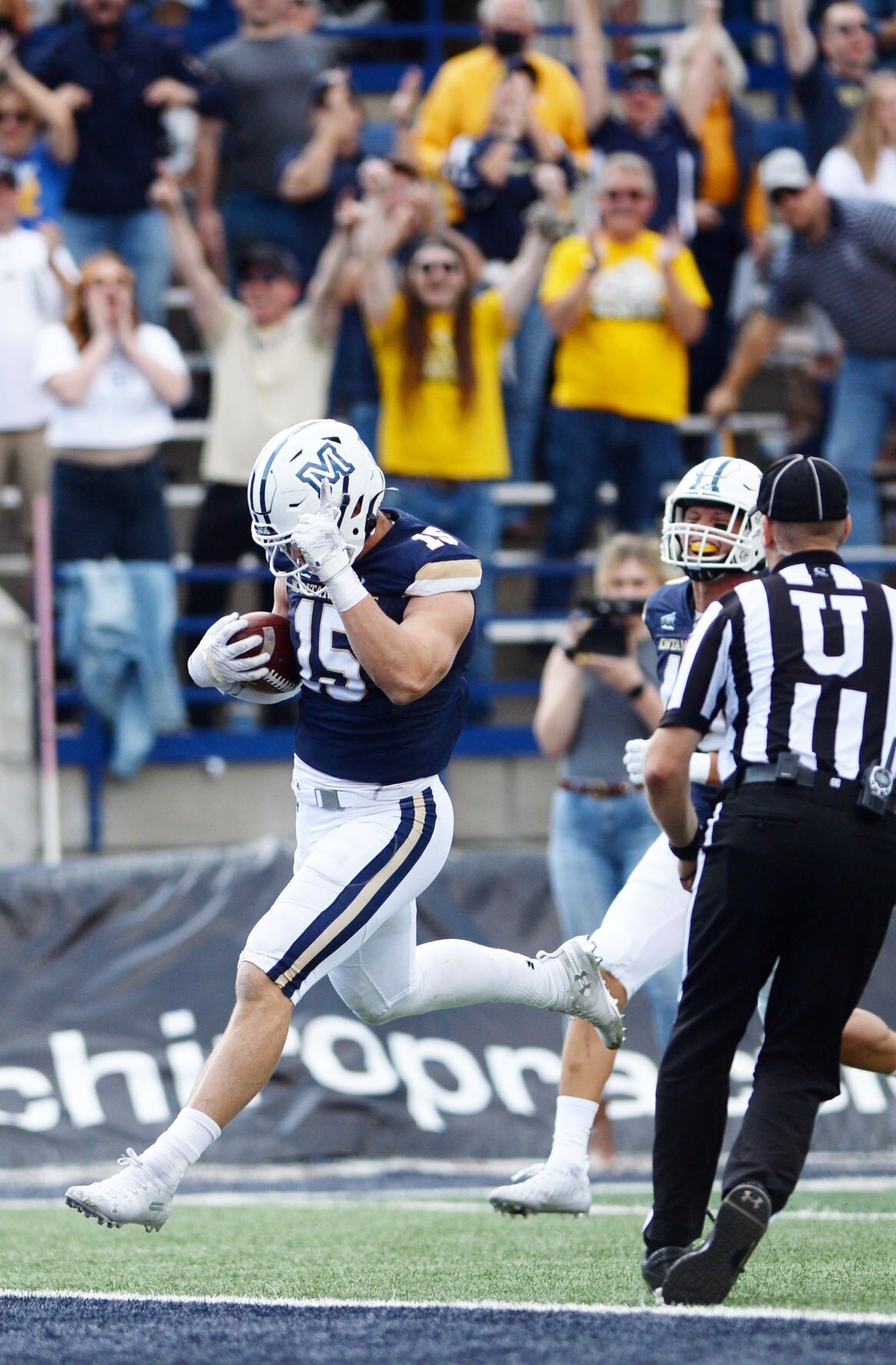 Montana State's Troy Andersen scores a touchdown after an interception against San Diego on Sept. 18 at Bobcat Stadium.