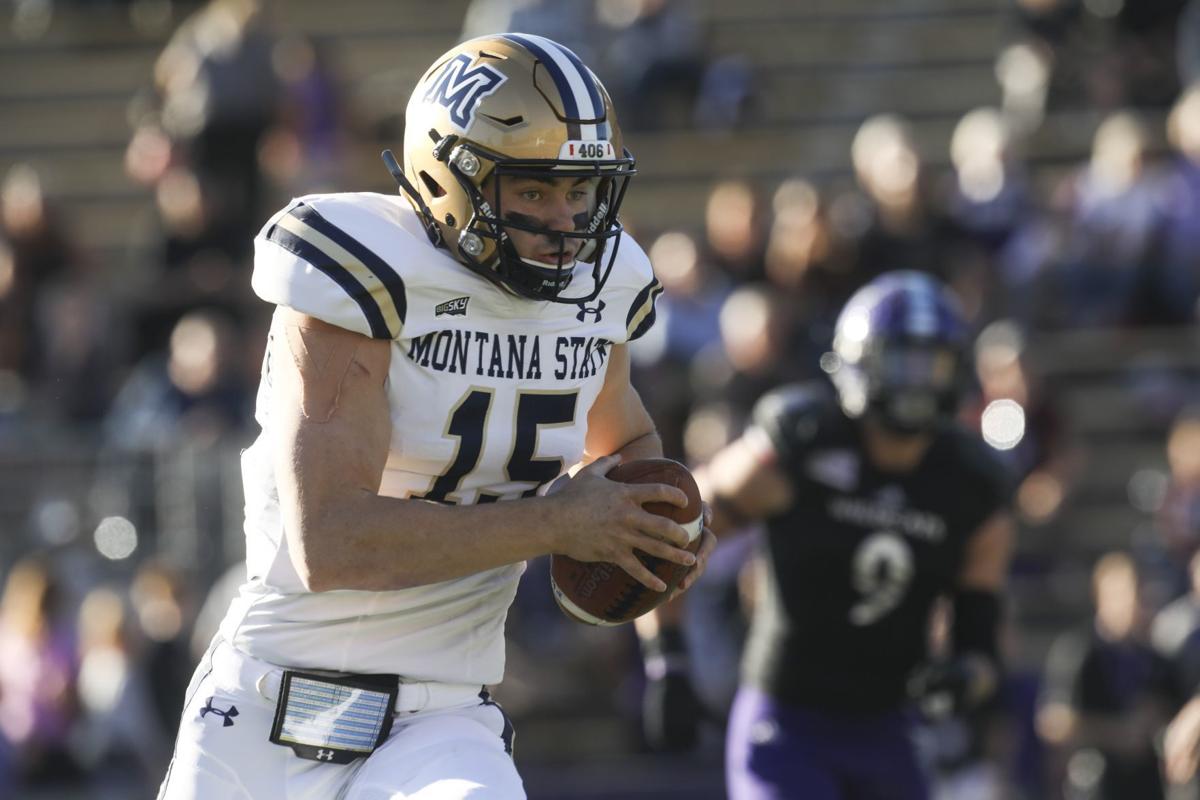 Montana State's Troy Andersen accounted for two touchdowns on offense and had seven tackles and a sack on defense in last week's win at Northern Colorado. 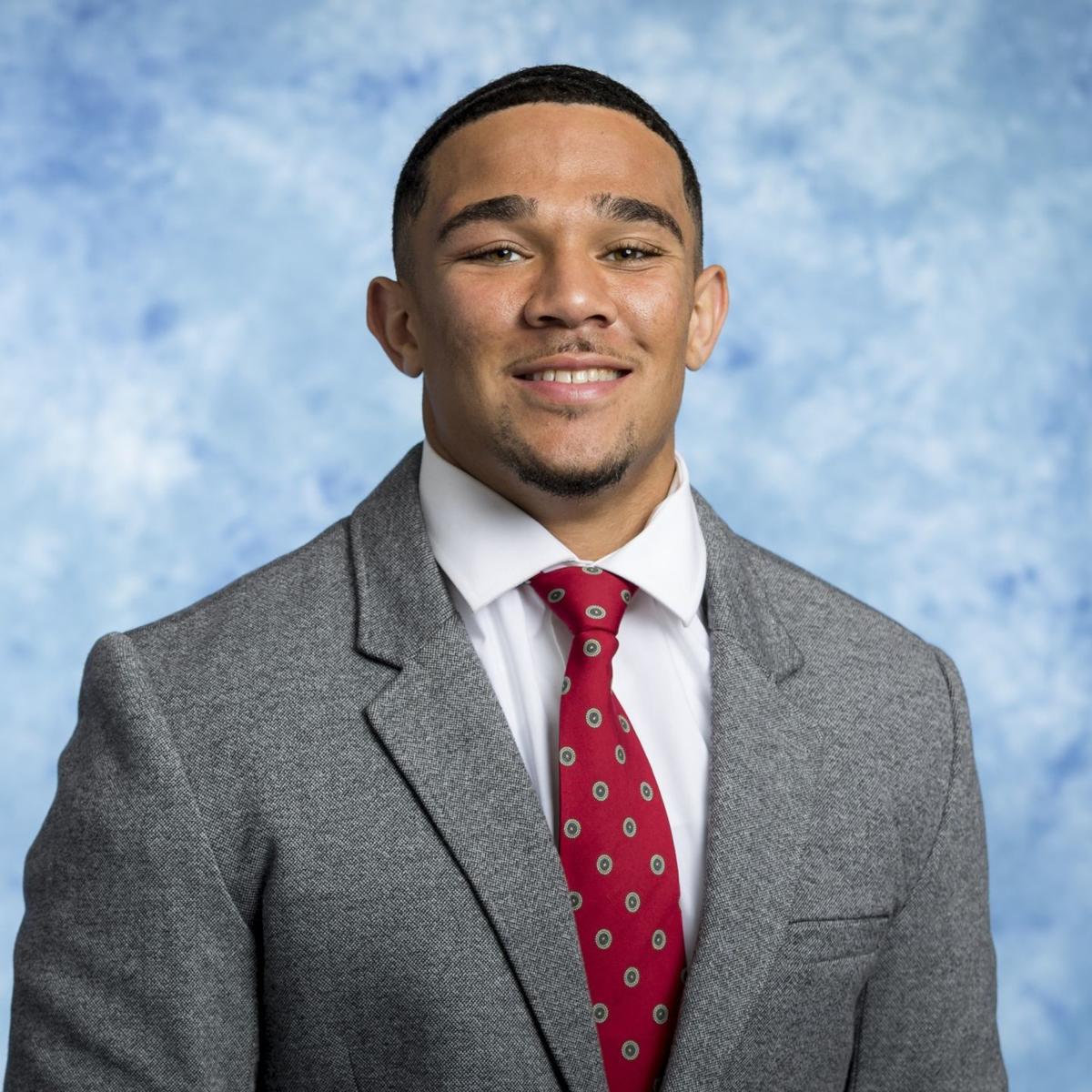 DAVIS, Calif. — Saturday’s visit to UC Davis, according to Montana State  coach Jeff Choate, is “consequential and big” for the Bobcats simply because it’s another November football game.

And MSU is 9-3 in November games in Choate’s tenure, a record that includes wins in its last six tries.

But taking a more specific approach, it’s not lost on the No. 10-ranked Bobcats that their playoff lives hang in the balance. MSU comes into the game with a 7-3 overall record and a 4-2 mark in the Big Sky Conference.

It’s widely accepted that an eight-win Montana State team would likely qualify for the 24-team FCS postseason tournament. But it becomes a much more difficult proposition if the Bobcats fall to the Aggies and drop next week’s rivalry game at home against Montana, based on strength of schedule and who they’ve beaten to this point of the year.

In essence, it’s a win-and-you’re-in situation at the end of the year for MSU, which Choate said the team has discussed behind closed doors. And the Bobcats have their sights set on taking care of business against UC Davis — looking forward to the Grizzlies is not an option.

“Any other stuff you want to talk about down the road is completely meaningless,” Choate said, adding that the Aggies “have our attention already, let me say that. We’re not overlooking anything. All eyes are on UC Davis right now.”

After losing consecutive games to Sacramento State and North Dakota in October, the Bobcats won their most recent games against Southern Utah and Northern Colorado on the strength of their running game, which ranks No. 1 in the Big Sky.

In particular, MSU rolled up 451 rushing yards in its 45-14 victory last week at UC Davis, a season high and the third-highest single-game total in school history.

But the Bobcats’ defense will be under the microscope this week against a UC Davis offense that, coordinated by Tim Plough, features one of the best quarterbacks in the conference — if not the nation — in senior Jake Maier.

That’s not lost on the Bobcats, either.

“We’re going to have to eliminate some of the explosive plays that they’ve been able to get, and they always have a couple tricks up their sleeve and we have to be prepared for that,” Choate said. “Very explosive, very talented offense that we’re facing.”

Maier is on the verge of becoming the Aggies’ all-time leader in passing yards, and has thrown 87 career touchdowns in three years. He has tossed 27 TDs so far this season, tied for the most in the league, and is completing 66.3% percent of his throws.

It should be noted that UC Davis is also hoping to keep its muted playoff hopes intact — factoring in strength of schedule, of course.

“It’s scary when teams have a record like that and it doesn’t represent them. You have a natural tendency to relax,” MSU defensive end Bryce Sterk said. “Choate’s been doing a good job of not having us do that. They’re a very dangerous 5-5 team.”

“We’re definitely going to have our hands full on defense,” Sterk said. “You can’t take this offense lightly.”

The game kicks off Saturday at 5 p.m. Mountain time. It will be broadcast statewide on SWX.

Maier has a lot of the spotlight on him as the offensive triggerman, and deservedly so. But UC Davis’ offense would not be what it is without sophomore running back Ulonzo Gilliam.

Gilliam, a high-IQ player whose major is listed on the UC Davis athletic website as biochemistry and molecular biology, is renowned for staying on his feet after first contact and breaking tackles, but what makes him unique is his ability to help in pass protection as well as be a safety net for Maier on passing plays.

Gilliam’s 41 catches are second-most on the team.

For as good as Maier is, Gilliam is the heartbeat of the offense.

“He’s a complete back,” Choate said. “I think a lot of it goes through the run game. When they’ve played really well they’ve gotten the run game going. When their run game is rolling, this offense is very, very hard to stop. And that’s kind of showed up.

“In the games that they’ve really kind of put it on people that’s kind of been how they’ve got it going, starting with their run game. And then they get their play-action pass game going. It can be a tidal wave.