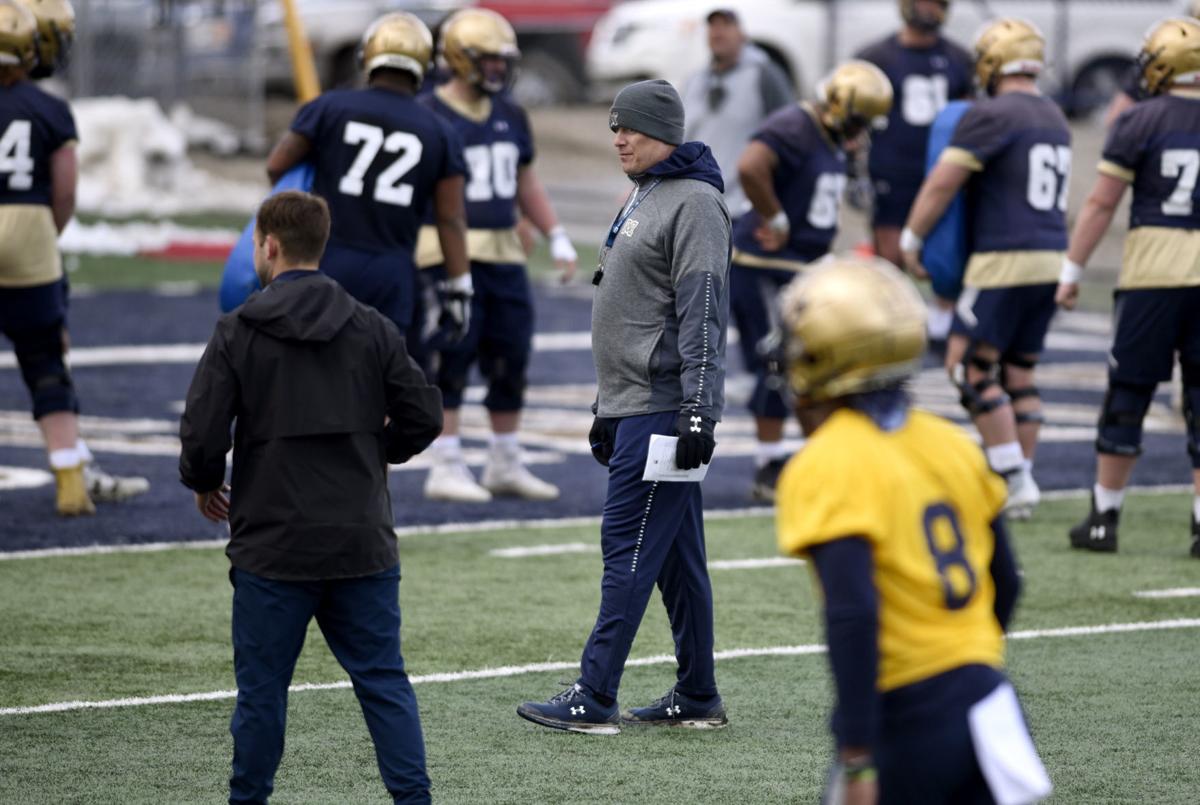 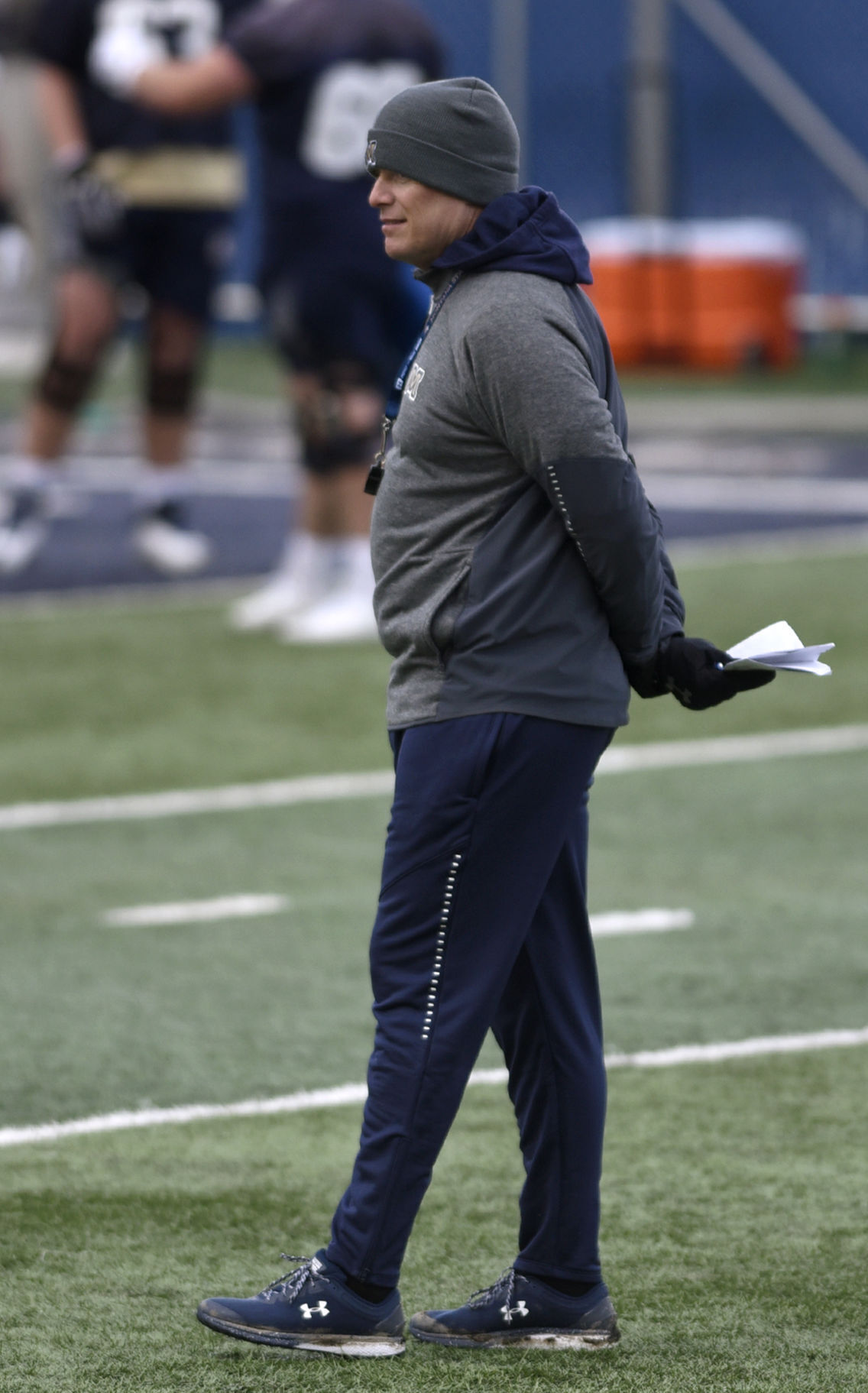 BOZEMAN — As Lewis Kidd scrolled through his social media feed, he was reminded that about a year ago marked the beginning of the coronavirus pandemic. For both cheerful and somber reasons, Kidd considers the past year to be memorable.

The Montana State senior offensive lineman hopes the pandemic will become part of a bygone time soon. Like other teams in the FCS have this spring, he’s optimistic the Bobcats can return to playing this fall.

This is, in part, because of the rollout of COVID-19 vaccines around the country and the world. Kidd told local media he received his second vaccination shot more than a month ago. He added “a lot of guys” on the team have received at least one shot and others are on waiting lists. About a year after lockdowns began at the onset of the pandemic, Kidd said the vaccine gives him confidence MSU can have a full fall season.

“I think all of us would want to get back to normal to some extent. And I think the vaccine is a good step in the right direction,” Daly said. “... I am 100% on board with getting fans back in the stands. No more testing, no more masks, the whole nine yards. I’m ready to be over it.”

What the vaccine means for COVID-19 protocols for MSU, the Big Sky or the NCAA remains unclear. MSU has no concrete changes planned regarding future COVID-19 procedures, though recommendations or standards could come from local government, the university or the NCAA.

Big Sky commissioner Tom Wistrcill also told the Chronicle the conference hasn’t made policies regarding COVID-19 contact tracing for those who have received the vaccine. He’s heard that’s “in the discussion phase” among the NCAA’s medical leaders.

But rule changes regarding vaccinations likely wouldn’t become influential for MSU football until the Bobcats begin playing on Sept. 4 at Wyoming.

Bobcats head coach Brent Vigen said MSU is “not anywhere near” having a full team of vaccinated players. Based on vaccine availability locally, he was unsure when that could happen.

MSU coaches have emphasized that whether players receive a vaccine or not is a personal choice and they will not pressure the players to make that decision one way or another.

“You try to educate them if you will and let them know the pros and cons and talk to the doctors,” MSU offensive line coach Brian Armstrong said. “... But the big thing, it’s a personal preference and leave it up to them. I think most guys are pretty receptive to it would be my anecdotal record of it.”

Daly took the same approach, stressing he doesn’t want to push his players to take the vaccine or not. However, he believed if contact tracing wouldn’t keep inoculated players from competing or those who were immunized wouldn’t have to test for COVID-19 anymore then “a lot more guys would be willing to do it.”

“Everybody’s got their own opinion about it,” Kidd added. “Obviously it’s a choice and everybody is going to choose what they want to do. I think it’s important to advocate and get information out about it.”

Though Vigen has been MSU’s head coach for a couple months, he’s seen enough to begin discerning who he can depend on.

The Bobcats plan to hold a closed, intrasquad scrimmage Saturday. And Vigen hopes to have a preliminary depth chart by Monday.

Vigen added he wants a “solidified” depth chart by the end of spring ball, which will be concluded with the Sonny Holland Classic on April 24 at Bobcat Stadium. That includes at quarterback, where Vigen expects MSU to narrow it down to two or three potential starters.

However, Vigen said this doesn’t mean the depth chart can’t change by the time the season kicks off in September.

“I think it'll be a starting point more than just a rough guess,” Vigen said of Saturday. “I think you have to draw those lines and give guys credit and also motivate guys at the same time. I think that's why you put a depth chart out there for, and I think everybody needs to know generally where they stand.”

The defensive secondary is among the positions Vigen will pay close attention to on Saturday.

Tyrel Thomas is among the team’s returners at cornerback, but he’s missed practice time lately due to a minor injury. James Campbell, who converted from wide receiver to corner, has looked “really impressive” according to Risinger. The coach also pointed out other young defensive backs who have made improvements.

Risinger said Jeffrey Manning and Ty Okada are regarded as “old reliables” at safety. But Manning, an Oregon State transfer, and Okada, who moved over from nickelback after 2019, have still yet to play at their positions for MSU.

Risinger believes the success of the Bobcats will depend on how well their secondary, the last line of defense, can play. The MSU coaches are looking forward to finding out who can thrive in live situations.

“I’m excited to go see who’s going to hit somebody,” Risinger said. “At the end of the day, I always preach it’s a production-based business.”

Robertson has been Montana State's special teams coordinator since 2016.

One is from Alaska and the other from Arizona.

As a multi-event competitor, Caleb Neth must refocus rapidly as he moves on from one event to another. It's a skillset he applies to his life off the track as well.

It serves as an indication of what new Bobcats head coach Brent Vigen thinks of his players only a couple of months after he took the job, but he’s been adamant the pecking order could change as the offseason continues.

The Manhattan native didn’t initially plan this path, but he’s making the most of the extra year of eligibility granted by the NCAA because of the pandemic.

Battle will arrive at MSU with three years of eligibility — an extra year because of the COVID-19 pandemic.

MSU’s secondary will have another chance to coalesce during the Sonny Holland Classic spring scrimmage at 1 p.m. Saturday at Bobcat Stadium.

Montana State might be closer to choosing its next starting quarterback.

Fleute played in 17 of MSU’s 23 games this past season as a sophomore. He averaged five minutes and 1.3 points.

Storming around Bobcat Stadium’s field, Shawn Howe had work ahead of him.