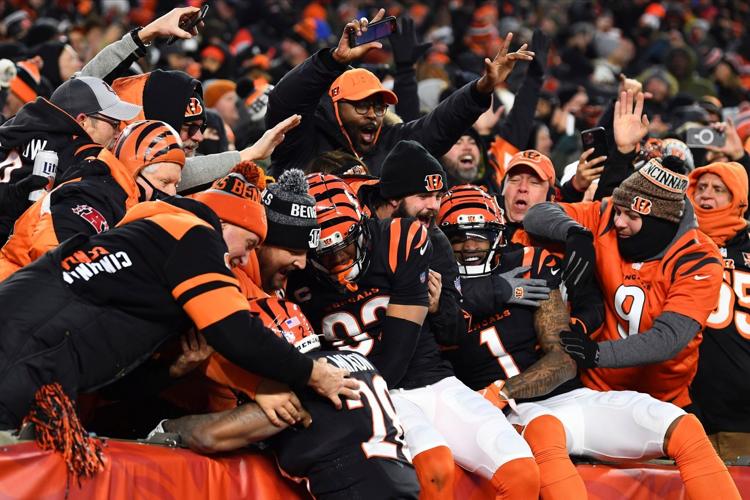 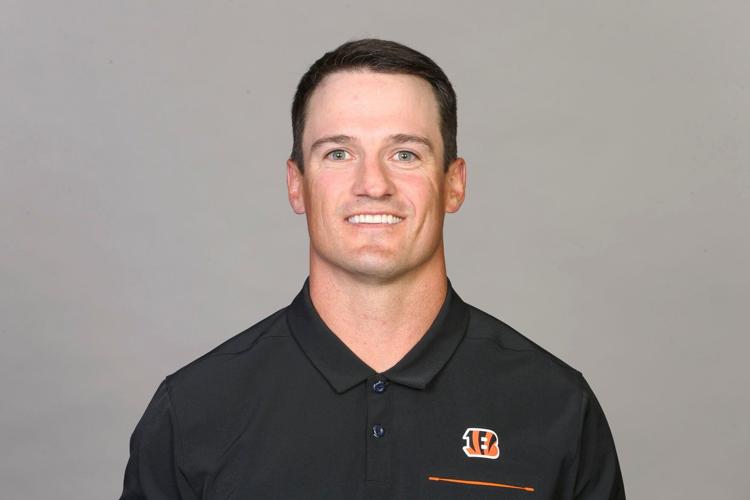 MISSOULA — He made a lot of Montanans proud as a standout safety for the Griz football team and later as an NFL player, and now Colt Anderson is doing it again as an assistant coach for the Cincinnati Bengals.

The Butte native helped guide the Bengals to their first playoff win in 31 years on Saturday night against the Las Vegas Raiders. Paul Brown Stadium was a madhouse. It was bedlam in the city of Cincinnati.

"That's why you get into this business is to have moments like that," Anderson told 406mtsports.com on Sunday. "What makes this team so much fun is their passion for the game and the guys really care about one another.

"It's just been fun to be part of it as we've grown. We had our bumps and bruises the last couple years and it's been fun to see it flip this year."

The Bengals will play again next weekend — at Tennessee if the Chiefs beat the underdog Steelers Sunday night — for a spot in the AFC championship.

It almost seems fitting that Anderson, an underdog himself, be along for the breakthrough ride for a Bengals team that has been mediocre for decades. Anderson walked on at the University of Montana in 2004 and did not receive a scholarship until his senior season.

He went on to play nine seasons in the NFL and currently holds a special teams coaching position with Cincinnati.

"I was very fortunate to learn a lot about special teams playing at Montana under Bobby Hauck," Anderson said. "As a head coach he had such high expectations for special teams and players didn't take it lightly.

"It's helped me with my playing and coaching careers."

Over his nine seasons as an NFL player, Anderson spent time with the Minnesota Vikings, Philadelphia Eagles, Indianapolis Colts and Buffalo Bills. He played in 84 career games (seven starts), and recorded 109 tackles, one interception and two forced fumbles on defense, along with 58 tackles on special teams. Twice he helped teams reach conference championships — once with the Vikings and once with the Colts.

Anderson's final NFL stop as a player was in Buffalo, where he spent the 2016-17 seasons. Injuries limited him to just seven games over two seasons with the Bills, but he still managed five special teams tackles and when healthy was considered a core special teams player.

After his NFL playing career, Anderson spent one season (2019) as a volunteer coach at his alma mater, Butte High, where he focused mainly on defense and special teams. He and his brother, Beau, own a local restaurant called the Missoula Club, and he and his other brother, Luke, own a clothing company called Uptop. He and his wife, Keelie, also founded the Colt Anderson Dream Big Foundation, a non-profit that is focused on implementing "programs and experiences that will involve our youth, getting them excited about investing in their future."

Anderson was a star running back and safety in high school. He holds a degree from Montana in business information systems and he also earned a teaching certificate in secondary education. He and his wife have four sons — Cage, Krew, Coye and Kace.

The Cats and Griz are the two highest-ranked teams from the Big Sky Conference.

Sammy Fatkin will return for the Montana Lady Griz next season.

Former Montana men's basketball player Derrick Carter-Hollinger is transferring to Bethune-Cookman, plus next season's Zootown Classic has a date.

MISSOULA — Several Montana athletes will have their track & field seasons extended, as six Grizzlies qualified for the NCAA West Regional in Fayetteville, Arkansas.

Montana's Ashtyn Carlson and her horse, Stick, won a CNFR title in barrel racing three years ago. They'll race for another next month in Casper, Wyoming.

The Griz had three medalists on the final day of the conference championships.

A ruling by a U.S. District Court judge in Missoula has paved the way for Shannon Schweyen to proceed with the sex discrimination lawsuit she filed against the University of Montana last November.

Carter-Hollinger started just over half of Montana's games last season.

Morris repeated as the Big Sky champ a week after she set the Montana program record in the women's hammer throw. Later in the day, Kalispell Glacier graduate Evan Todd won the men's javelin on his final attempt.

Sullivan, a former Lady Griz standout, is leaving the program after five seasons as an assistant coach.