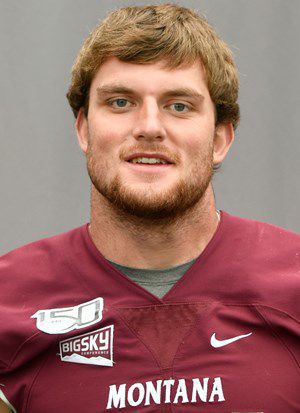 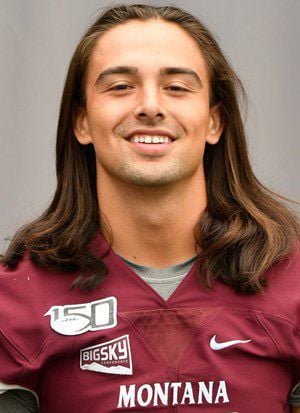 HILLSBORO, Ore. — The key players and position grades from No. 8 Montana's 38-23 win over Portland State on Saturday at Hillsboro Stadium.

Montana players of the game

Offense: Samori Toure. The 6-foot-3, 190-pound junior wide receiver from Portland Oregon, had a career-high three touchdown catches and a game-high 140 receiving yards. His TDs went for 41, 42 and 6 yards with friends and family in attendance.

Defense: Jace Lewis. The 6-foot-1, 230-pound junior linebacker from Townsend, Montana, tallied three sacks after having just once through eight games coming into Saturday. He added one quarterback hurry and nine tackles, the second most in the game.

Special teams: Jerry Louie-McGee. The 5-foot-9, 171-pound senior wide receiver from Coeur d'Alene, Idaho, nearly scored twice on punt returns, although one was called back because of a penalty. He had a long punt return of 34 yards and fumbled once.

Humphrey was efficient, completing 21 of 28 passes for 335 yards and four TDs. He placed the deep ball with precision, throwing TDs of 41, 42 and 76 yards. He ran four times for 30 yards, but sacks brought that down to nine runs for 5 yards.

Montana didn't need to rely on its RBs too much because it found success in the air. Marcus Knight carried the ball 23 times for 106 yards and one TD. His 45-yard score gave the Griz a 7-0 lead. Nick Ostmo ran seven times for 17 yards.

Montana's O-line gave Humphrey enough time to complete 75% of his passes. They did allow 10 TFLs, including five sacks, one of which led to a fumble and a touchdown. They did pave the way for 129 rushing yards, 3.1 per carry, and one TD.

The D-line showed up in a big way, getting regular pressure on PSU quarterback Davis Alexander and helping hold the Vikings to 43 rush yards. Alex Gubner intercepted a pass and had 0.5 sacks. Jesse Sims one TFL. Eli Alford one QB hurry.

Jace Lewis made a mess in the backfield, collecting three sacks to double his season total. He added a QB hurry to force a punt. Dante Olson had a PBU, 0.5 sacks and a crushing hit on Alexander. Patrick O'Connell one sack and PBU. Ryder Rice one TFL.

Montana gave up eight passing plays of 15 or more yards as Alexander threw for 278 yards and 2 TDs. Dareon Nash got his second INT of the season. Justin Calhoun one TFL. Josh Sandry one PBU. Wide-open PSU receivers in the end zone.