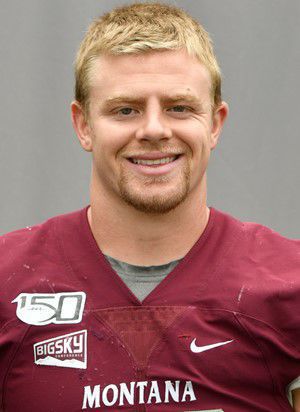 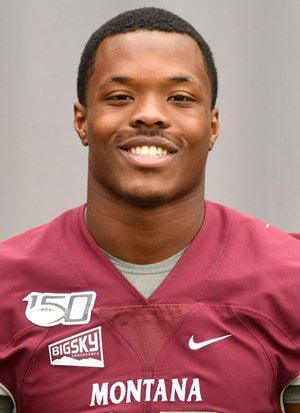 MISSOULA — The key players and position grades from No. 7 Montana's 73-28 win over Southeastern Louisiana in the second round of the playoffs on Saturday at Washington-Grizzly Stadium.

Montana racked up a season-high 600 yards of offense and scored on offense, defense and special teams to breeze past Southeastern Louisiana. The Griz built a 38-21 halftime lead by putting together a 28-point second quarter, their most points in a single quarter this season.

Montana players of the game

Defense: Dante Olson. The 6-foot-3, 240-pound senior linebacker from Medford, Oregon, led all players with 13 tackles while collecting two of the team's nine pass breakups, 1.5 tackles for loss and one of their three sacks.

Special teams: Malik Flowers. The 6-foot-2, 195-pound sophomore wide receiver from Fontana, California, returned a kickoff 81 yards for a touchdown, his second this season and third in his career, while averaging 43.4 yards on four returns.

Dalton Sneed threw for a career-high 459 yards and five touchdowns, tying his career best. He completed 29 of 45 passes, including a 62-yard TD to Samori Toure that set the tone early. He had 11 passes of 15 or more yards.

Marcus Knight rushed for 75 yards and three TDs on 16 carries. He had two catches for 18 yards and one TD. His 25 total TDs and 23 rushing scores this season broke records set in each category by Chase Reynolds in 2009.

Samori Toure set UM's single-game record with 303 receiving yards on 12 catches, scoring three TDs. The 303 yards are also the most in an FCS playoff game. Sentinel grad Mitch Roberts had nine catches for 85 yards with a TD.

Montana scored at will and the offensive line keyed the performance. The Grizzlies piled up 477 total passing yards and 127 rushing yards. In addition, the line did not give up a single sack, just the second this year that happened.

The Griz allowed just 22 net yards rushing but surrendered 467 yards passing. Sophomore DT Eli Alford recorded a safety, and senior DE Vika Fa'atuiese collected half a sack. Pressure was generated by the blitz, not the line.

Dante Olson tallied a game-high 13 tackles to go with 1.5 TFLs, one sack and two PBUs. Jace Lewis had one QB hurry, one PBU and 0.5 sacks. Marcus Welnel added a QB hurry. Patrick O'Connell had a TFL. Ryder Rice had a PBU.

Montana got burned on deep passes or short passes taken past the secondary for long gains, giving up 11 pass plays of 15+ yards. Gavin Robertson had one of three sacks. Corbin Walker had a pick-6. Dareon Nash broke up two passes.