MISSOULA — Montana’s continued return to dominance has now led to a No. 2 ranking in the national Top 25 poll for the first time since 2010.

UM moved up one spot to second place in the Stats Perform FCS Top 25, which was released Monday. The Griz are tied with South Dakota State at 1,267 points, although they received six first-place votes and the Jackrabbits got five.

It’s the highest point total for the Griz this year and the first time they garnered first-place votes. They’ve outscored their opponents 120-21 through three nonconference games and haven’t allowed more than 212 yards of total offense in a game.

“We’re excited to be 3-0 and ranked No. 2 in the country coming out of the nonconference schedule,” Montana coach Bobby Hauck said Monday ahead of the conference opener against Portland State 2 p.m. Saturday in Missoula. “Excited for homecoming week and the start of Big Sky Conference play this week certainly. Should be a heck of a game.”

The last time the Griz were ranked in the top No. 2 was Week 1 of 2010, the season immediately after Hauck left UM to coach at UNLV. That means this Saturday will be the Grizzlies’ first time playing as a top-two team since Sept. 11, 2010.

This year, the Griz have a 47-0 win over Northwestern State of the Southland, a 24-7 win against South Dakota of the Missouri Valley and a 49-14 win over Indiana State of the MVFC. By comparison, SDSU opened with a 7-3 loss to FBS Iowa, squeaked out a 24-22 win over UC Davis of the Big Sky and had a 45-17 victory against Butler of the non-scholarship Pioneer Football League.

North Dakota State remained No. 1, taking the other 43 first-place votes and totaling 1,334 points. Both sets of votes are the lowest this year for the Bison, who dropped to 2-1 following a 31-28 loss to FBS Arizona. They have a 56-14 win over Drake of the PFL and a 43-3 win over North Carolina A&T of the Big South.

In the rest of the Big Sky, Sacramento State is No. 7, Weber State is No. 12 and Eastern Washington is 15th. UC Davis and Northern Arizona are both in the others receiving votes category.

Player of the week

The Kalispell Glacier grad had nine tackles, three tackles for loss and 2.5 sacks, including a strip-sack that defensive end Kale Edwards recovered and ran back 20 yards for a touchdown. He has 26 tackles, seven tackles for loss, five sacks, one forced fumble, one interception and one quarterback hurry through three games.

“I’m a team guy. I think without the team I obviously wouldn’t be able to do that,” O’Connell said. “There’s a lot of guys up front and in the secondary making plays that allow me to also make plays. Guys up front are putting pressure on the quarterback, making them come out to me, and then I’m able to make sacks. There’s guys in the secondary that are covering guys for longer that allow me to make plays as well. I’m honored, but it’s kind of like a team award I feel like too at the same time.”

This is the second weekly honor for O’Connell. His first came after the 2021 Brawl of the Wild win over Montana State, when he had 11 tackles, 1.5 sacks and one quarterback hurry.

O’Connell is UM’s second player of the week honoree through three games this season. Junior linebacker Braxton Hill of Anaconda was named the defensive player of the week following the season-opening win against Northwestern State.

O’Connell was chosen as the preseason Big Sky defensive MVP this year. He finished third in voting for the 2021 Buck Buchanan Award, which is given to the FCS defensive player of the year.

“Pat’s done a nice job,” Hauck said. “He works really hard. He pays attention to detail. He studies, knows his assignment. And then he’s a good player. When you combine those things, obviously he’s going to have success.”

The Griz used a 22-0 run over the final five-plus minutes of the second quarter to pull away from the Vikings.

Is this the year for the Grizzlies? It's way too early to tell, but Saturday's occurrences left Montana fans with plenty to grin about.

UM and MSU are near the top, but neither is No. 1 in the Big Sky.

Robby Hauck turned a special day into a Hollywood script when he returned a missed 54-yard field goal attempt for a 99-yard touchdown Saturday.

Kickoff is scheduled for 2 p.m. Saturday for the homecoming game between Montana and Portland State.

The Kalispell Glacier grad initially was a two-sport athlete in football and baseball at University of Mary before transferring and walking on with the Grizzlies.

Portland State comes to Missoula in time for homecoming and as the 3-0 Grizzlies begin Big Sky Conference play.

The Vikings are off to a 0-2 start but nearly upset FBS San Jose State in their season opener.

The Griz have outscored their opponents 120-21 through their three nonconference games. 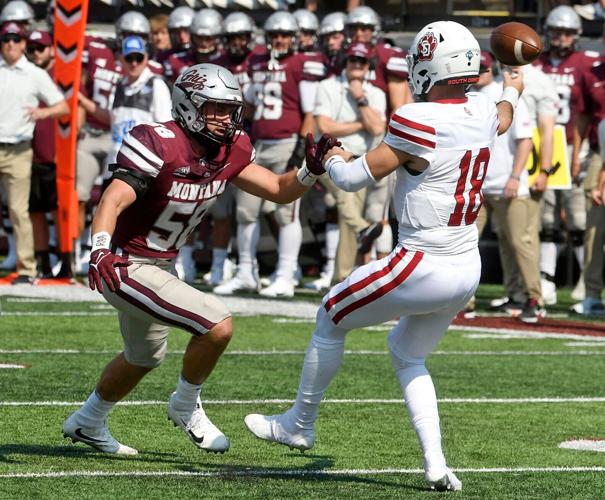 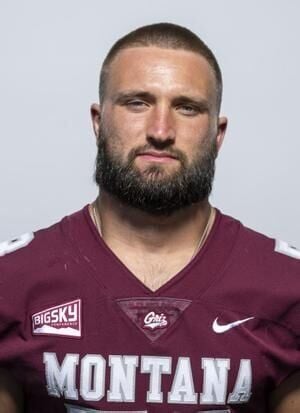