MISSOULA — Montana sophomore Braxton Hill will get a shot at his first college playoff football game this week after an injury prevented him from playing in the postseason his freshman year.

The Anaconda native is a backup linebacker who starts on three special teams units: punt coverage, kickoff coverage and field goal block. Against Montana State last week, he pressured quarterback Matt McKay into an off-balance throw on third down, leading to an incompletion, which set up the failed fake field goal that UM returned for a touchdown on the next play.

Hill grayshirted coming out of high school after surgery to fix a torn labrum in his shoulder, which he suffered his senior year while playing football as a quarterback and linebacker. He played through that injury on his non-shooting arm to finish as Anaconda’s all-time leading scorer on the basketball court, breaking the record held by Ed Kalafat.

In 2019, Hill joined UM as a preferred walk-on, playing on special teams while wearing a club to protect the wrist he broke before the season opener. He collected five tackles but had his year cut short by a broken collarbone right before the playoffs. After the pandemic, he had five more tackles in the two spring 2021 games.

This fall, Hill has 16 tackles, 2.5 tackles for loss, one sack, three quarterback hurries and one fumble recovery while backing up breakout star Marcus Welnel, a Helena Capital grad. He had a career-high four tackles two games ago on Nov. 13 against Northern Arizona.

Hill sat down with 406mtsports.com to talk about his experience at UM as he strives to earn more playing time.

Q: Growing up a Griz fan and your sister (Torry Hill) playing basketball here, what does it mean to you to be a Griz and be playing as much as you are this season?

A: “It’s awesome. I love it. I wouldn’t want to play anywhere else, that’s for sure. I love playing in front of Montana fans. They're the best. On Saturdays, I’ve got to just focus on my role and my assignments. I definitely feed a little bit off of the energy of the crowd. It’s a blessing to play in front of such great fans. It gives us extra energy and extra passion that we should have anyways. It just adds to that, so it’s awesome.”

A: “The summer after my freshman year, we were back for summer workouts, it was just after COVID happened, so we were just getting back at the end of May. Coach Hauck said just to come to his office. Then he told me he was putting me on scholarship. I was just happy that I was going to be able to stay here, and I was excited to tell my teammates and roommates and family because they were the ones who believed in me.”

Q: Being on scholarship probably doesn’t change your approach at all, or does it?

A: “No, I don’t think so. It doesn’t change anything for me. Coming in as a walk-on, you come in with a chip on your shoulder, and you keep that. My goal always is just to improve, try to help my team win. I’d say it hasn’t changed much.”

Q: You’ve taken on a bigger role after some injuries, so what were the major steps to this point?

A: “I’d say just development as a player and knowledge of the game. It just takes a while coming in as a freshman because you don’t know as much. Coach Baer’s done a good job just developing me. It’s a big change from high school. Freshman year, you watch film. High school, you might only watch film once a week. But college, you watch film every day as much as you can. I’d say it’s just a whole different game, and you got to prepare like crazy. It’s a lot more.”

Q: How much does film study help you and what are the main things you take away from it?

A: “Just trying to learn your opponent and get any edge we can get on Saturdays. It’s a time to get to our minds right, get our minds focused on the opponent.”

Q: As you’ve done that and got more practice and playing time, where do you feel you’ve made the biggest improvements?

A: “I would say just speed and strength in summer workouts and winter conditioning and development in spring ball. Just trying to be a smarter player and learn from coach Baer and use my hands, read my keys better. Just improve in anything I can and just try to get bigger and stronger the next year and always trying to be smarter. I feel like I’m doing my best at that.”

Q: Aside from film, is there something else that was a big adjustment from high school?

A: “I’d say coach Hauck’s culture over here, just always giving 100%. Playing with your best friends and guys who have been here for more than you have, they always go hard, even on days whether it’s rain or shine or days you don’t want to go hard. But they embed that culture here within the young guys, and you learn it and learn to always go hard, which is something that in high school you don’t see as much, or you don’t do as much.”

Q: So, what are the biggest things you’re still working on?

A: “Oh, there’s a lot. (laughs) I’d just say keep improving my whole game as a linebacker, just listening to coach Baer, coach Hauck and then in the offseason work on my speed and strength some more. Just always working on trying to be a smarter football player and just do anything to help the team in any way and help the team win in any way I can.”

Bill Speltz: Selvig Court has nice ring to it — and now is the time to make it real at Montana

For all he accomplished and contributed to University of Montana athletics, it's time to honor Robin Selvig in a grand way.

The Griz return from their 11-day layoff with a much-needed road victory.

This is the sixth time in 19 games that the Montana men's basketball team holds an opponent below 50 points this season. 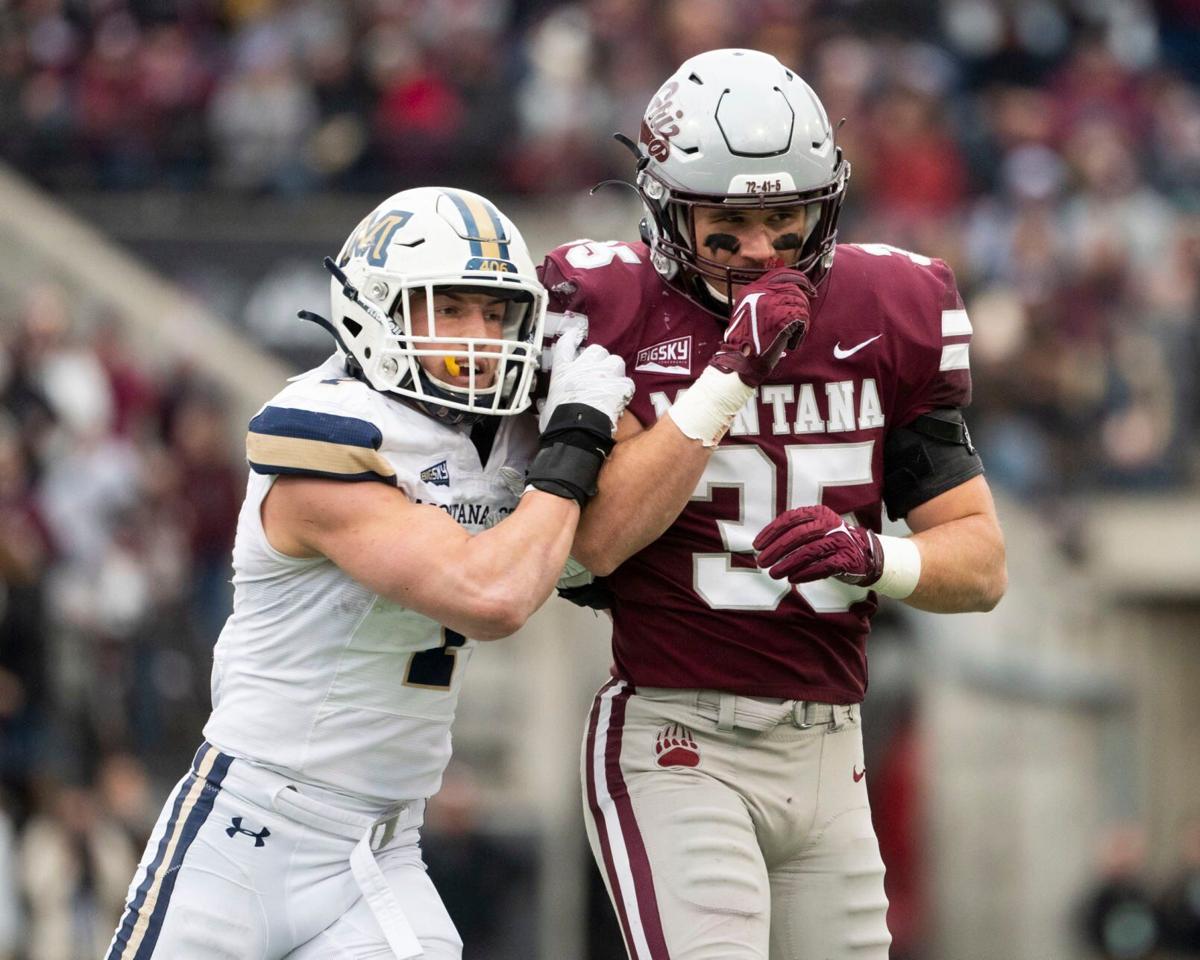 Montana sophomore linebacker Braxton Hill (35) and Montana State's Ty Okada (7) duke it out on a punt return during the 120th Brawl of the Wild on Nov. 20 at Washington-Grizzly Stadium in Missoula. Hill will be playing in his first playoff game this week after he had his 2019 season cut short by injury. 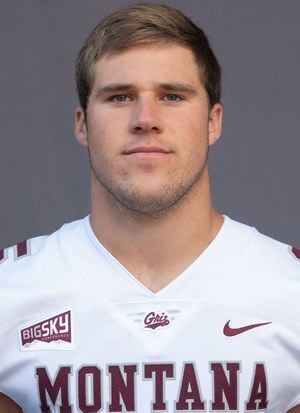