MISSOULA — Cole Grossman has the most unique eligibility situation of any Montana player.

The tight end is in his fourth year in college and is still technically a freshman. He grayshirted in 2018, redshirted in 2019 and got an extra year of eligibility in 2020 that the NCAA granted to all athletes because of the pandemic.

Grossman was a 2-star wide receiver coming out of Vancouver, Washington, and had offers from Wyoming, Hawaii and Portland State. However, he had those scholarships pulled because of grades, he said, the same issue as to why he had to grayshirt. Griz coach Bobby Hauck offered him one month after he was hired and chose to reintroduce the tight end position at UM, which former coach Bob Stitt had eliminated.

Grossman was made a tight end at Montana, was flipped to defense to play the hybrid defensive end/linebacker position in 2019 and saw action in one game against Oregon on defense. He was moved to tight end in spring 2020 and is looking to finally make an impact after catching only one pass for 13 yards in the two spring 2021 games. The 6-foot-4, 220-pounder made his first start in a fall game at UW last week and caught two passes for 11 yards.

Grossman sat down with 406mtsports to catch up about how things are going for him at UM.

Q: How has the move from offense to defense and back to offense affected you?

A: “It’s not my decision, but however I can help the team win, that’s all I care about. It’s not about me, it’s about the team. As long as we win, I don’t care where I play.”

Q: Do you at least feel tight end is a good fit for you?

A: “Oh, yeah, I love being back on the offensive side, catching balls, blocking. It’s a great fit for me. Now I just need to show it off.”

Q: Do you think you could’ve played defense at this level?

A: “I think it’s a different mentality you got to have, and I’m definitely an offensive-minded person. In high school, I didn’t play defense a whole lot. I was a receiver. It was definitely a big change, but wherever you’re put, you got to make plays and do what you’re told.”

Q: Did playing defense help you in any way when you moved to offense?

A: “It was cool being on the defensive side because I learned how the tight ends block and went up against them. I learned about how our tight ends operate in our offense from being on the defensive side. Once I got to the offensive side and started learning, I knew some of it. But there’s a lot, you’re involved in almost every play, running or passing play and if you’re not in the passing play, you’re blocking for the quarterback. There’s a lot to go on. It’s a big role.”

Q: There are a lot of required skills to play tight end, so which ones are you most comfortable with now?

A: “I’d say I’m more of a receiving tight end, but I want to be more of an all-around guy and do both catching and blocking. I’m working on my blocking. I just want to be my best to help the team.”

A: “No certain reason why. I didn’t want to wear 98 as a tight end. Other than that, 1’s my favorite number and we can’t wear 1 here, so I had the opportunity to wear No. 11 and I thought it was pretty cool, so I just took it.”

Q: People probably still associate (former QB) Dalton Sneed with that number, so how do you feel about following him?

A: “I think it’s pretty cool. I’m actually good friends with Dalton. I’m roommates with (quarterback) Cam (Humphrey), and they’re really close, so I ran into him a lot. But Dalton’s a good guy. He represented the number really well. It’s a big reputation to put on my back, but I’m fine. I respect that Dalton wore it. Maybe one day I’ll get it retired or something.”

Q: What do you and Cam like to do together?

A: “We just like to hang out, play video games. We hang out with his dog a lot, take his dog out on walks a lot. We’re usually pretty busy doing our own thing, but we hang out, talk football a lot, watch movies.”

Q: Do those video games get competitive?

A: “We play Madden a lot. He loves (Green Bay QB) Aaron Rodgers. It’s not really that fair because he reads coverages a lot. He’s pretty good at it. But we’re both all about football. Maybe that’s why we get along.”

Q: Does playing Madden with him help you at all on the field?

A: “He’s a little older than me, so he’s a great mentor. He’s also a great guy outside of football. I’ve learned a lot from him, so it’s cool to have him as my roommate because we know each other personally and now he’s throwing me the ball.”

Montana will face a slightly different-looking Eastern Washington team when the Griz and Eagles battle in the playoffs Friday night in Missoula.

Eastern Washington stifles Northern Iowa, setting up rematch with Montana in 2nd round of playoffs

It's Montana vs. Eastern Washington, Part 2.

UNC Wilmington has withdrawn from the Zootown Classic because of a flu outbreak on the team.

The Montana women's basketball team is on a roll under first-year coach Brian Holsinger. The Lady Griz will try to make it three wins in a row Friday at noon.

The Grizzlies never trailed as they halted the Tritons' four-game win streak and picked up their second win in a row to get the Zootown Classic started.

MISSOULA — Gritty play down the stretch paid off for the Montana women's basketball team Friday afternoon in its first game at the Grand Canyon Classic in Phoenix.

Montana was missing two senior starters on defense when it played Eastern Washington earlier this year. The Griz have both of those players back for their playoff rematch with the Eagles this Friday. 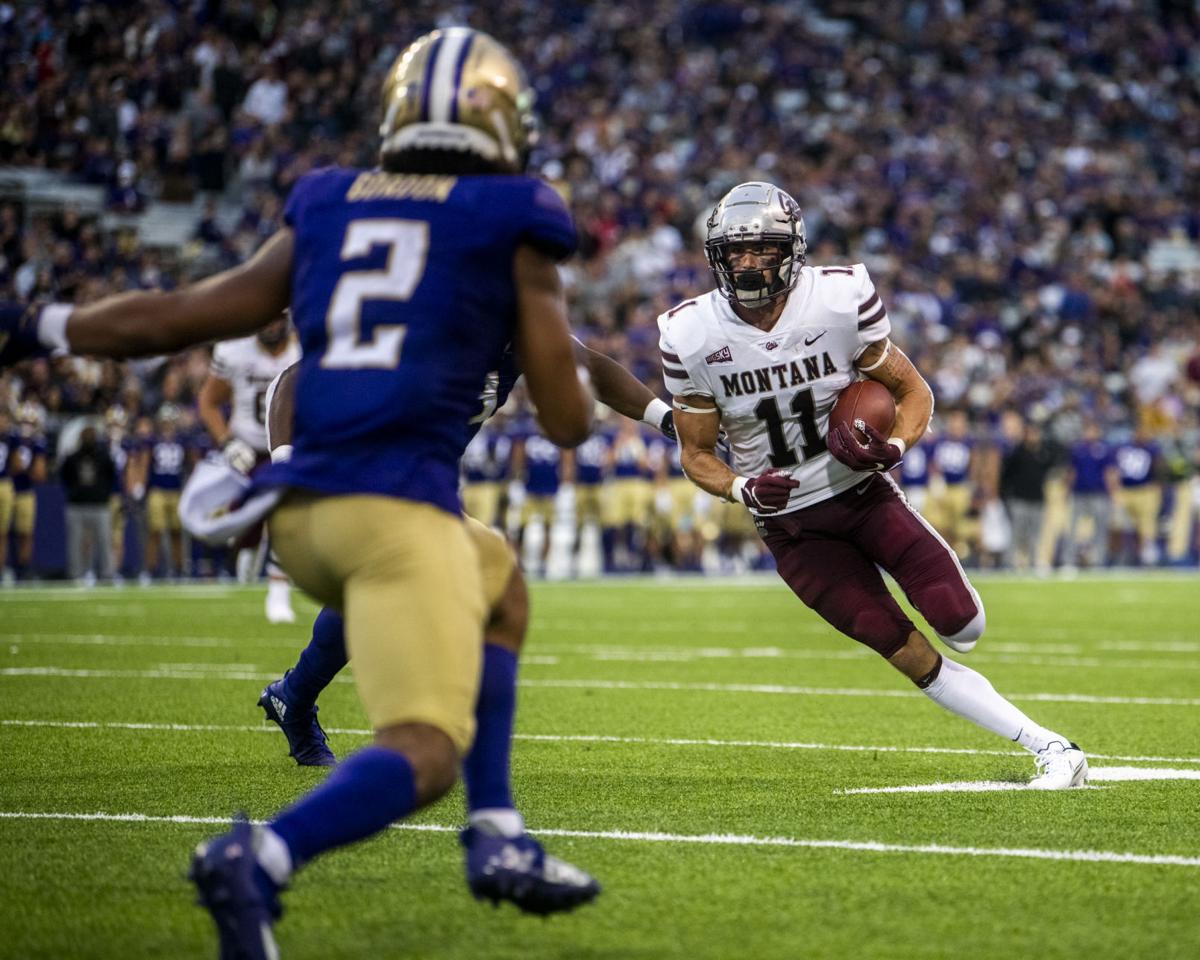 Montana redshirt freshman tight end Cole Grossman (11) runs with the ball during the Grizzlies' 13-7 win over Washington on Saturday at Husky Stadium in Seattle. 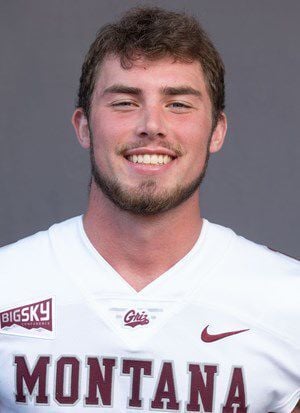