MISSOULA — Portland State’s trip to Missoula in 2018 was a memorable one for head coach Bruce Barnum and the Vikings.

They stunned then-No. 14 Montana with a 52-yard field goal in the closing seconds for a 22-20 win, their first win inside Washington-Grizzly Stadium since 1987. The Thursday night before the game, they stopped at Wolf Lodge Steakhouse in Coeur d’Alene, Idaho, where they were treated to a surprise.

“Finally, a player from California looks at me and goes, ‘What are these?’ The waitress looks at me and I said, ‘Go ahead.’ ‘They’re Rocky Mountain oysters,’” Barnum fondly recalled in July during the Big Sky Football Kickoff in Spokane. “My whole team is like, ‘Yuck, yuck.’ You heard the whole restaurant go, ‘Yuck, coach.’

“We were having fun. We had fun beating them that year. I had to beat them that year because that dinner cost like $7,000. I let them order carte blanche. I said if we don’t win this game I’m getting fired. Luckily, the field goal won it.”

The stop that included consuming bull testicles was part of Barnum’s “Americana Tour.” He’s run those tours since he took over the program in 2015, logging 23,298 miles on bus trips to games, including a program record 4,906 miles in 2016. For Barnum, the trips are a team-building exercise, but they also help Portland State’s financially challenged athletic department.

This year, there won’t be any fun and games on Portland State’s journey to Missoula. Barnum is treating it as a business trip when both teams open Big Sky Conference play at 2 p.m. Saturday.

Barnum gets one to 1 1/2 charter plane flights per year, and he opted to use one for the game against UM. That’ll make travel on other road trips more challenging, but he wanted to put his veteran team in the most advantageous spot as they chase their first playoff berth since 2015.

“This year, in and out, I wanted the charter,” he said. “This one’s business. It’s our first conference game. They’re the best team in the conference in my opinion. I have to put my guys in the best place to have a chance of beating the Griz. So, I burned my charter on that. Cal Poly’s going to be a long ass trip now. But it’s alright. If we get after the Griz, people will notice us.”

The Vikings went on a bus trip for their season opener at FBS San Jose State, where they made a stop at Alcatraz. They nearly upset the Spartans before falling 21-17. They were then blown out by FBS Washington, 52-6, the following week.

Barnum opted over the summer to make Sept. 17 his bye week because it would be a chance to recover from two FBS games in preparation for facing Montana. The Vikings will play their final nonconference game Oct. 8, a week prior to their home game against Weber State.

While they may be well rested to face Montana, they may not have found a rhythm to the season yet. They played their first game on a Thursday, then had to wait for the next Saturday to play again and now it’ll be two weeks since their last game.

Barnum started his summer preparation with the Griz, even though they opened with two previous games. He walked his new quarterback, Dante Chachere, through everything he needed to know about playing in Wa-Griz.

They talked about different cadences in the loud environment. They discussed the importance of a strong start to the third quarter before Griz fans got back to their seats after halftime. And they looked at the film of former Eastern Washington quarterback Eric Barriere getting rattled in last year’s FCS playoff second-round game.

“I said the cool think about it, you go in there and try to beat them, win or lose, you’re going to walk out of there and they’re going to shake your hand and say, ‘Good game, kid.’ But you have to get through that adversity. Screw the X’s and O’s. I’m trying to prepare him for that.”

The X’s and O’s are now more important given that the game is almost here. Managing a raucous environment will be key too because Montana announced Tuesday that there were only 500 tickets left for the homecoming game in the stadium with a capacity of 25,217.

Montana coach Bobby Hauck was asked Monday if he would ever pull a stunt similar to what the PSU coach did last fall. Barnum offered to buy beer for every fan who attended the Vikings’ game against Division II Western Oregon in a ploy to increase attendance.

“There’s too many people here,” Hauck said. “I need a raise if we’re going to do that here. There’s more than a thousand here, man.”

Barnum ended up racking up a check of $14,448 with his stunt as 3,124 fans attended. Just like his players in 2018 at that restaurant, Barnum was in for a surprise. At least this one was a more pleasant surprise.

“Very few actually know this,” Barnum began. “The brass called me in, they reached out to me on (the) Monday (after the game) and said, ‘You know what, Barny, we would never get that much attention, advertisement to our university, not just the athletic department, for $14K, so we’re going to cover the bill for you.’ I about kissed him. ‘Thank you. Thank you. I won’t say anything next year.’ They covered it for me. That was the best news of the whole weekend.”

Hauck, who is good friends with Barnum, found a walk-on spot on his roster for Barnum’s son, Cooper. He noted at the start of fall camp that Bruce called him while he was preparing for a fishing trip to ask if the Griz would have room for Cooper.

The Griz had tried recruiting Cooper out of high school, but he chose Washington State for baseball, where he spent two years as a pitcher. Cooper is a reserve safety and has yet to play in a game for Montana, which has a star-studded, deep defense.

“They’re a talented group,” Bruce said. “Then you add Washington-Griz to them, and that game is going to be a challenge.”

The Griz used a 22-0 run over the final five-plus minutes of the second quarter to pull away from the Vikings.

Is this the year for the Grizzlies? It's way too early to tell, but Saturday's occurrences left Montana fans with plenty to grin about.

UM and MSU are near the top, but neither is No. 1 in the Big Sky.

Robby Hauck turned a special day into a Hollywood script when he returned a missed 54-yard field goal attempt for a 99-yard touchdown Saturday.

Griz football took home offensive and defensive player of the week honors in the Big Sky.

Kickoff is scheduled for 2 p.m. Saturday for the homecoming game between Montana and Portland State.

The Kalispell Glacier grad initially was a two-sport athlete in football and baseball at University of Mary before transferring and walking on with the Grizzlies.

Portland State comes to Missoula in time for homecoming and as the 3-0 Grizzlies begin Big Sky Conference play.

The Vikings are off to a 0-2 start but nearly upset FBS San Jose State in their season opener. 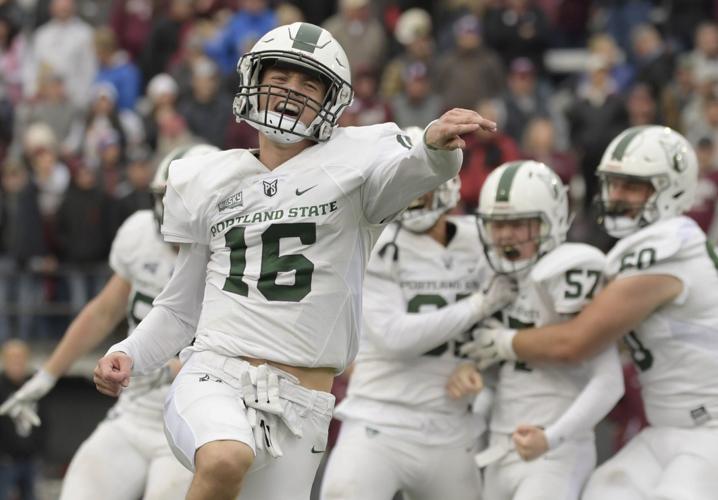 Portland State quarterback Davis Koetter (16) celebrates after holding for kicker Cody Williams' (57) game-winning field goal as the Vikings knocked off 14th-ranked Montana, 22-20, in 2018 for their first win in Missoula since 1987. The No. 2 Griz host the Vikings for the first time in the regular season since then when they play at 2 p.m. Saturday at Washington-Grizzly Stadium. 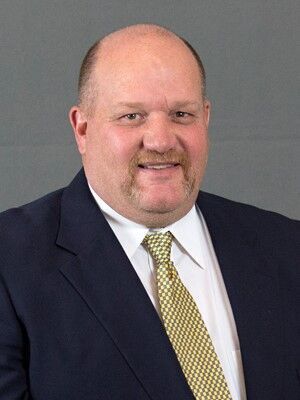