MISSOULA — Little did CJ Merrill realize what she was stirring up when she started a Facebook support site for Shannon Schweyen.

A day after Schweyen was informed her contract would not be renewed as Montana women's basketball coach on April 1, Merrill resigned her post as a paid administrative helper for the team. Then she started #iamwith21 Movement, a Facebook site that now has more than 1,200 members.

"It's really taken on a life of its own with people wanting to share their thoughts on Shannon, really just on the unfair handling of reneging on her contract," Merrill told 406mtsports.com. "I knew there would be a lot of people that would want to do the same.

"It's still ramping up. She was a beloved player that a lot of people loved and respected and I'm not surprised it keeps growing."

Several original members of the #iamwith21 Movement have taken their support a step farther by purchasing half-page ads in the Missoulian. The ad has run twice and will run again this week.

"And we've got a GoFundMe page that's generating funds to keep the ad running," Merrill said of a site that has netted $850.

The purpose of the advertisement is to encourage Schweyen supporters to express their feelings to University of Montana President Seth Bodnar. Bodnar's mailing address and office phone number are listed along with a mailing address for Montana Commissioner of Higher Education, Clayton Christian.

"The overwhelming message (in #iamwith21 Movement posts) is they that want to see some change done at the university because of how this situation was handled so poorly," Merrill said. "I was shocked at how unethical the treatment was of this beloved coach."

Back on March 12, Montana athletic director Kent Haslam was leaning toward extending Schweyen's contract. He initiated talks with her, but a new contract was never formally offered.

As the month of March wore on, Haslam began to learn more about the team roster and what it would look like moving forward. That roster was depleted on the final week of March when key reserves Gabi Harrington and Kylie Frohlich entered the NCAA transfer portal.

Shortly thereafter, Schweyen was informed her 28-year run as a Lady Griz coach, including 24 as an assistant, had come to an end.

"I just got a better understanding of what the culture was," Haslam said last Wednesday. "... That's really the best way I can describe it."

Schweyen declined to comment Monday but did give permission to run a message she posted on the #iamwith21 Movement site hours after Haslam made his comments Wednesday. Excerpts from Schweyen's post are as follows:

"I appreciate everyone’s support but when I have continually been lied to this is all I can take. When you sit across from someone and (he says) “you will be back next year as our coach and I am giving you the next two years of your contract” that means something ... What is this athletic department about… Certainly not integrity, certainly not honesty, certainly FULL of DECEPTION!"

Needless to say, the popularity of the site is not going away after three-plus weeks. Fans like Merrill are making sure their feelings about Schweyen and her family will endure.

"I love the two Schweyen girls still on the team, so I'd like to think I'd still go and support them at the games," said Merrill, referring to Lady Griz team members Jordyn and Shelby Schweyen. "But time will tell on that."

Montana got a commitment from a former University of South Florida backup QB who will be suiting up for his fourth college team in four seasons this fall, going from Div. II to JUCO to the FBS and now to the FCS. 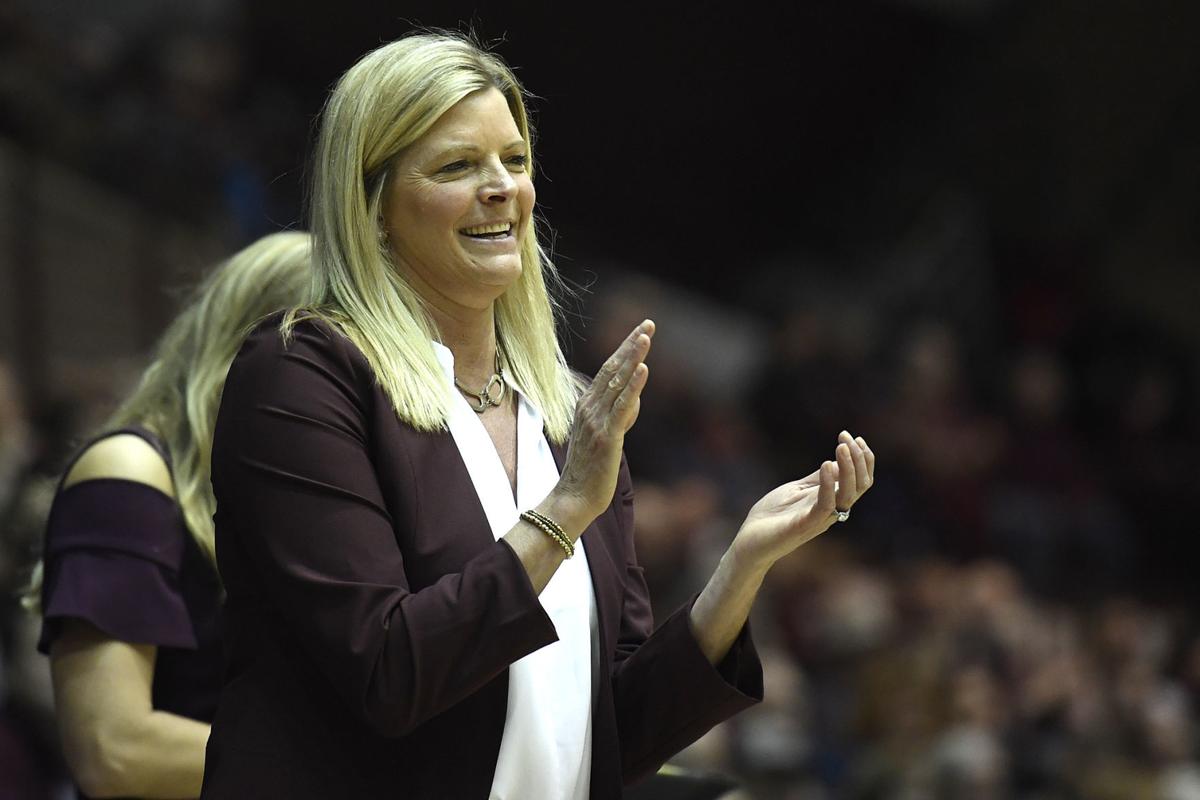 Former Montana women's basketball coach Shannon Schweyen has received an avalanche of support from fans on a Facebook site created back in early April by longtime friend CJ Merrill.