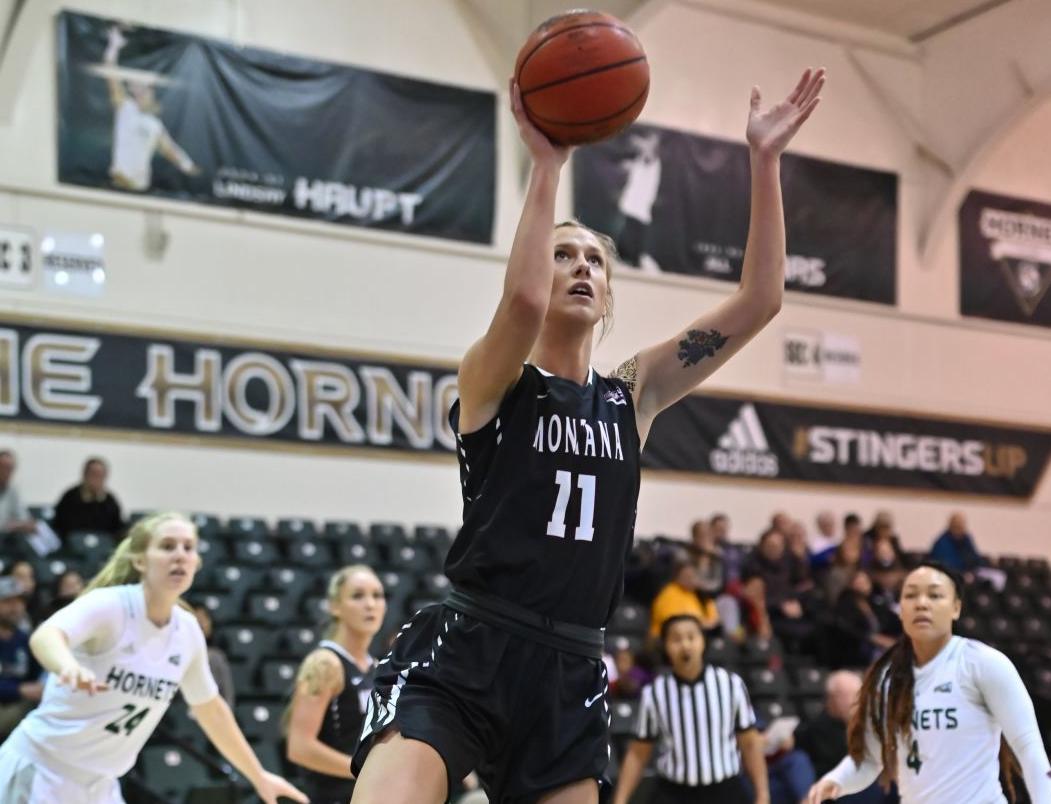 Montana sophomore post Abby Anderson (11) played the best basketball of her college career in the first two Big Sky Conference road games for the Lady Griz. She scored 15 points in a win at Northern Arizona Saturday and followed up with 20 points and eight rebounds in Monday's win at Sac State. 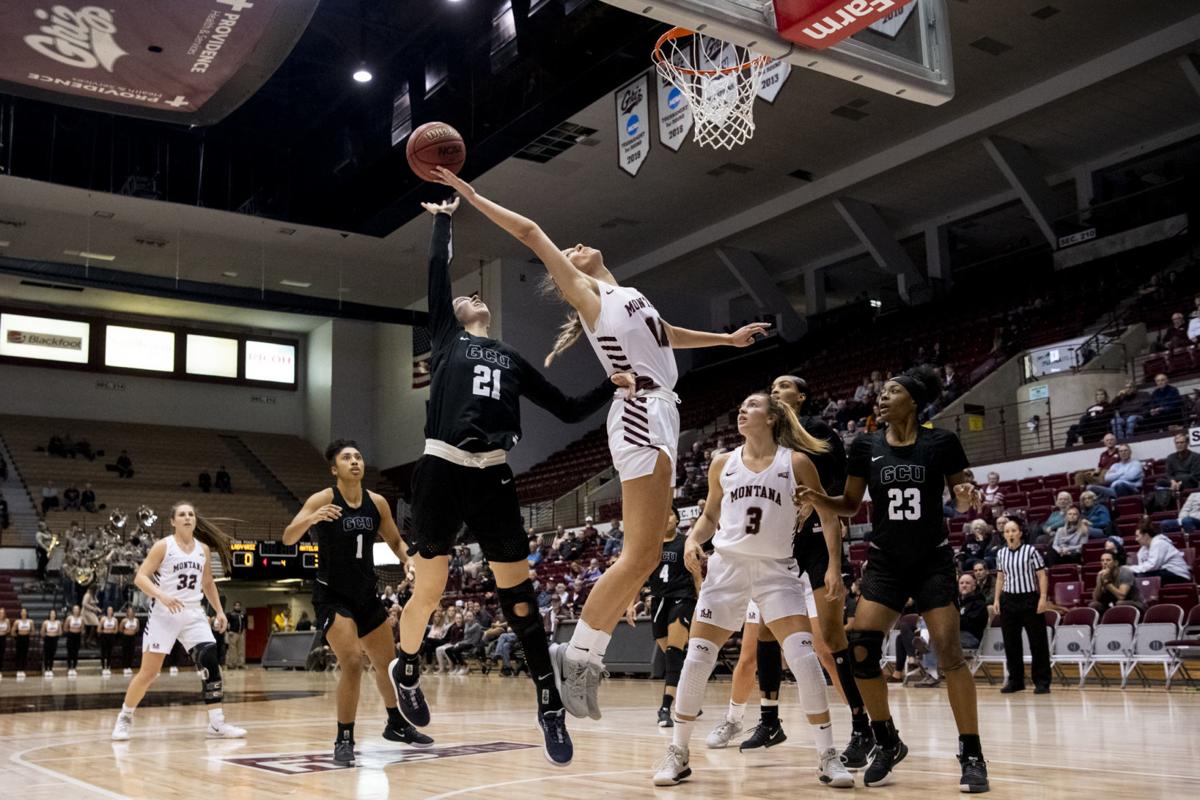 Grand Canyon's Venla Varis, left, and Montana's Abby Anderson jump for the rebound during a game earlier this senior.

Montana sophomore post Abby Anderson (11) played the best basketball of her college career in the first two Big Sky Conference road games for the Lady Griz. She scored 15 points in a win at Northern Arizona Saturday and followed up with 20 points and eight rebounds in Monday's win at Sac State.

Grand Canyon's Venla Varis, left, and Montana's Abby Anderson jump for the rebound during a game earlier this senior.

Except for that last day. The Lady Griz had to wake up at 3 a.m. Tuesday to hop a plane in Sacramento, California, en route to Missoula.

Seventy-two hours after outlasting Sac State in a fast-paced affair at The Nest, Montana will shoot for a 3-0 Big Sky Conference start Thursday when it hosts Southern Utah at 7 p.m. The Thunderbirds won their league opener against defending tourney champion Portland State Monday in Cedar City, Utah.

"It's looking like a very big game for us," said Montana coach Shannon Schweyen, whose team went 4-1 in December. "They had a great non-conference record (6-3) and they're looking like one of the teams to beat."

It's hard to believe the Thunderbirds could be the team to beat in the Big Sky after posting an 8-23 record last winter. They did top injury-riddled Montana twice last March, but they haven't had a winning season in five years and they've gone 8-49 in conference play the past three seasons.

"(Cardenas) is a very good player who has played for four years and worked really hard. Just a really talented guard," Schweyen said.

Montana's win at Sacramento State showed how much the team has grown since November. Team leader McKenzie Johnston was held to two points but the Lady Griz frontcourt was so good it didn't matter. Forwards Emma Stockholm and Abby Anderson picked up the slack with 21 and 20 points, respectively.

"It is pretty amazing we could win a game with that happening," Schweyen said. "(Guard) Sophie (Stiles) didn't necessarily have a big night offensively, either.

"But our bigs have come alive. Abby this weekend, I mean it was a coming-out party for her. She has become a player. We've seen that in her. It's amazing what a little bit of confidence does for somebody."

The Lady Griz and Thunderbirds have had three common opponents this season — Cal State Fullerton, Utah Valley and Grand Canyon. Montana beat all three while Southern Utah beat Fullerton and Utah Valley but fell to Grand Canyon in Phoenix, 69-65.

Key to Southern Utah's win over Portland State Monday was a fast start. The Thunderbirds led 35-25 at halftime thanks to four 3-pointers and a 9-3 edge in points from the foul line.

"Really proud of our defensive effort," SUU coach Tracy Sanders said after the game. "And one of the things we are really proud of was keeping them off of the offensive boards. At most positions they were bigger and stronger than us and we just outworked them.

"We are a different team. Becca (Cardenas) has done a great job of stepping up in those key moments and she has people around her that can handle the pressure. That 13-0 run at the end was in large part due to key steals from Becca and Harley (Hansen)."

The Lady Griz will look to their loyal fans to give them a boost Thursday. Southern Utah is 1-3 in away games.

"It seems like it's been a long time since we've played at home," said Schweyen, whose squad last took the floor for a game at Dahlberg Arena on Dec. 20. "There's nothing like it. The ladies will be excited about it."