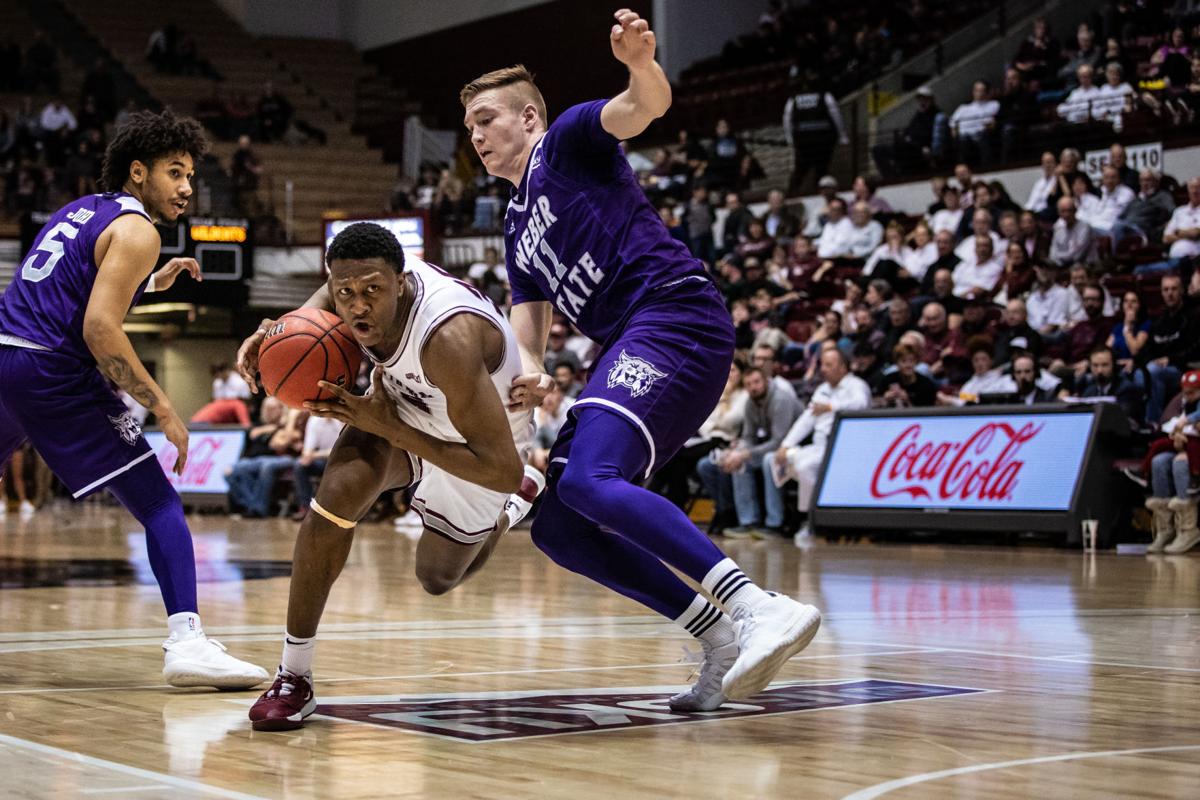 Montana forward Derrick Carter-Hollinger drives past Weber State forward Michal Kozak toward the hoop during the second half during a game in Missoula last season. 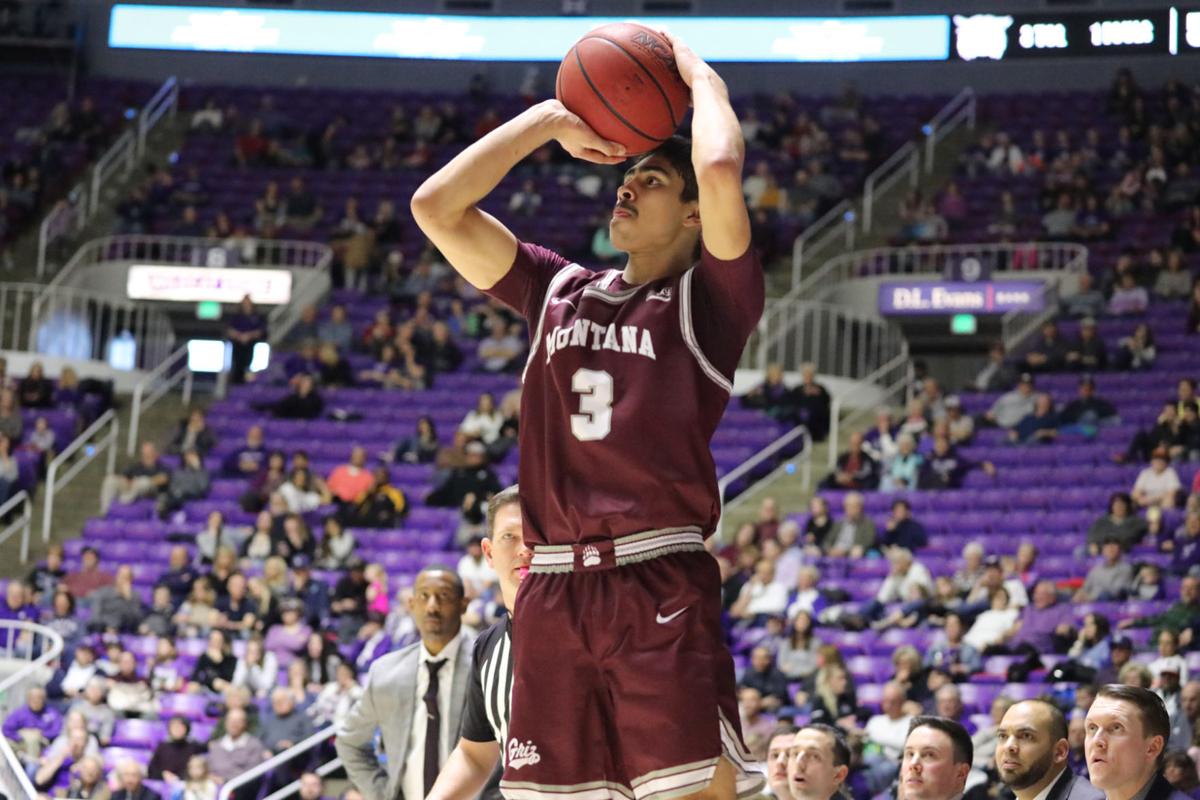 Montana's Josh Vazquez puts up a shot during the Grizzlies' 87-85 loss to Weber State on the road last season.

MISSOULA — A tough stretch of games for the Montana men's basketball team begins this week as the Grizzlies play host to Weber State in a two-game series.

"We need a situation where the stage is set for high intensity and excitement," Montana men's basketball head coach Travis DeCuire said in a release. "We need to play a team that is at the top of the standings, where there's a lot of hype surrounding the game. The youth that we have has probably shown up better for those higher-level games, so I'm hoping this brings the best out of us."

The Wildcats come into the contest 11-4 overall and 6-2 in Big Sky Conference play. Weber State is in a tie for second-place in the league with Southern Utah and Montana State and comes into the game riding a four-game win streak.

Following the game against Weber State, the Grizzlies will have a home-and-away split with league-leading Eastern Washington, followed by a two-game road series with 9-7 (5-3 BSC) Idaho State.

The upcoming slate will be a tough challenge for UM, who still has yet to sweep a Big Sky opponent this season. Montana is 3-3 in its last six games and has not had a win streak longer than three games this season.

Montana is coming off two games against Portland State, where it won the first contest in overtime and lost the second game by five points. The Grizzlies have consistently played good defensive basketball, but have had issues finding offense so far this season.

Weber State will provide another challenge in that area. The Wildcats are allowing just 69.3 points per game this year and have held opponents to 40.7% from the field, the 57th-best mark in the nation.

Meanwhile, Weber State has also been an offensive powerhouse. Averaging 84.5 points per game — 7th-best in the nation — the Wildcats have shot the ball extremely well from the perimeter and come into the contest as the nation's second-best 3-point shooting team by percentage, knocking down 41% of its attempts from distance.

Weber State has four players who have hit 19 or more 3-point shots so far this season, led by Zahir Porter's 29 of 61 start to the season from the perimeter. Isiah Brown is the Wildcats' leading scorer with 17.7 points per game and also averages 4.1 rebounds and 3.3 assists per contest.

The Wildcats average 9.5 made 3-point attempts per game, though those shots have been hard to come by against the Grizzlies this season. Montana's opponents have made just 29.4% of their 3-point shots this year, which is the 26th best mark in the country.

With a strong assist-to-turnover ratio and turnover margin, Montana will need to cut down on its giveaways to beat Weber. The Grizzlies average 14.2 turnovers per game and that has been a major issue with their offense.

This will be the 133rd and 134th time Montana and Weber State have faced off, with the Wildcats currently holding a 71-61 all-time series lead. UM has won 40 of 63 meetings in Missoula.

The two schools have combined to win 21 Big Sky Conference men's basketball titles and since 2010, one of the two schools has been in the league championship game with the two programs squaring off for the conference's at-large NCAA bid four times.

"There's a lot of history and a lot of incredible games between these two schools," DeCuire said. "I have a lot of respect for Coach (Randy) Rahe. His ability to put his guys on the floor and have them playing together the way they are, it deserves a high level of respect."

Stars of the game, report card from Montana's win over Central Washington

Coach Brian Holsinger's recruiting prowess may be just what doctor ordered for the Montana Lady Griz, who have struggled against the best of the Big Sky Conference in recent years.

An FBS dropdown player who was a 3-star recruit coming out of high school commits to Montana.

After passing up an opportunity at the MLB draft, Montana sophomore Nick Ostmo is the next batter up for the Griz at running back.

How to watch, stream and listen to Montana's football game against Portland State

Here's how to watch, stream and listen to Montana's football game against Portland State this Saturday.

Montana forward Derrick Carter-Hollinger drives past Weber State forward Michal Kozak toward the hoop during the second half during a game in Missoula last season.

Montana's Josh Vazquez puts up a shot during the Grizzlies' 87-85 loss to Weber State on the road last season.