MISSOULA — Montana might have found its quarterback of the immediate future in the transfer portal.

The Griz picked up a commitment from Lucas Johnson, a former San Diego State and Georgia Tech quarterback, on Thursday night. The senior has one year of eligibility remaining heading into 2022, which will be his seventh college season because of a medical redshirt and the extra year the NCAA granted because of COVID.

"The marathon continues… #7Reasons #GoGriz @MontanaGrizFB," Johnson wrote in a tweet, which included a photo of him in a Griz jersey.

Johnson is a 6-foot-3, 215-pound passer who has some mobility. He had the best performance of his career on Dec. 21 in a 38-24 win over UTSA in the Frisco Bowl, throwing for 333 yards and three touchdowns and rushing for another score.

Johnson was the SDSU backup in 2020, playing in three games and making one start. He began his college career at Georgia Tech, playing in 16 games as a backup from 2016-19 while redshirting in 2016 and missing 2018 with a season-ending foot injury in preseason camp.

The Griz have picked up two commitments so far to go with the 12 high school players they signed in the December early signing period. Johnson is joined by Washington wide receiver transfer Sawyer Racanelli.

The Griz had offered two transfers who've since committed to other schools. Colorado State quarterback Todd Centeio has signed with James Madison for his final season of eligibility. Northern Iowa quarterback Will McElvain has committed to Central Arkansas.

Sawyer Racanelli has three seasons of eligibility left after playing in 13 games for the Washington Huskies. 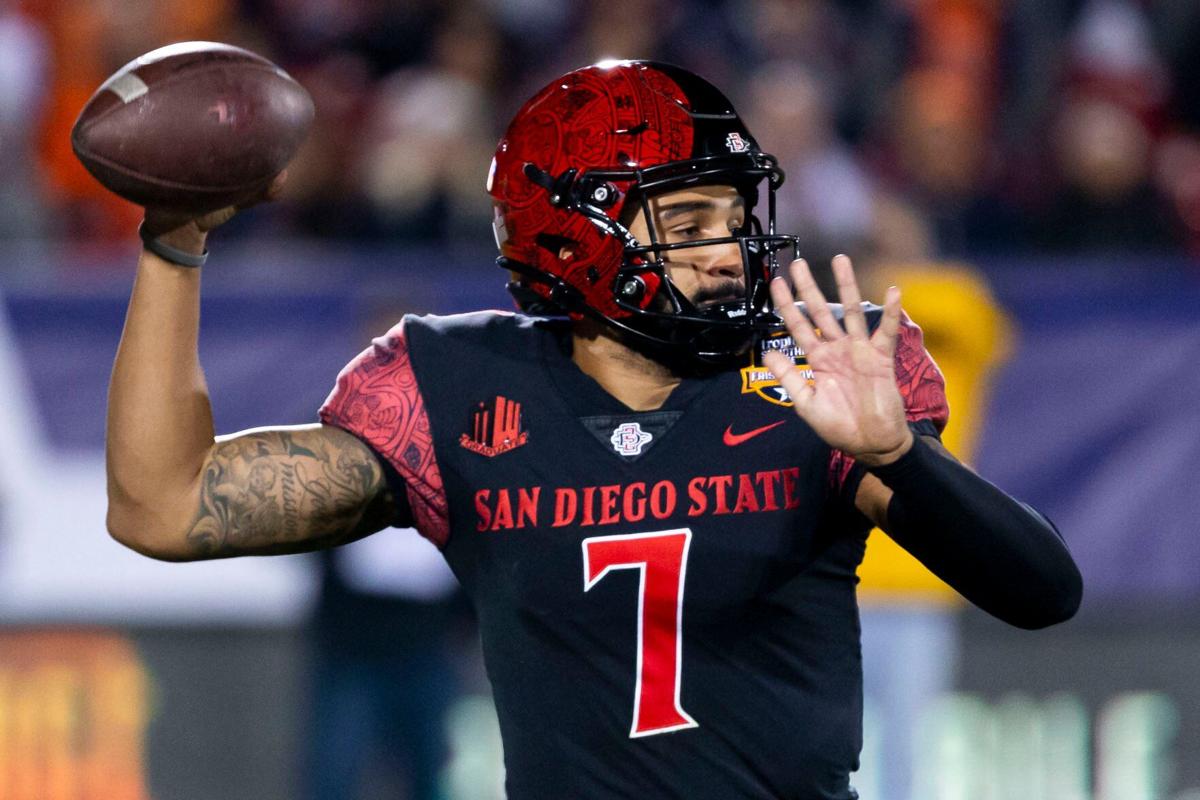 San Diego State quarterback Lucas Johnson looks to pass during the Frisco Bowl against UTSA on Dec. 21 in Frisco, Texas. On Thursday, Johnson committed to Montana for his final season of eligibility. 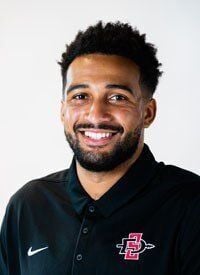