Keintz, a Missoula Big Sky grad, announced his decision on Twitter Monday afternoon. The fifth-year junior had been with the Griz since 2017 and started at two positions over the years.

“There are accomplishments in my life that I am proud of, but few of them have compared to the experience of being a Griz,” Keintz wrote in a note attached to his tweet. “Throughout these last four years, I have learned lessons about life that have made me the man that I am today. Unfortunately, all things must come to an end, and in order to get the opportunity to take care of myself and my mental health, I have decided to hang up my cleats.”

Keintz had been Montana’s starting right guard this season while rotating with Moses Mallory throughout games. He played in the first three games before not playing this past Saturday.

Keintz lost his starting job at right tackle to Dylan Cook early in the 2019 season. He had made five starts that year before becoming a backup. He was thrown into the fire as a redshirt freshman in 2018 as the starting right tackle when UM had only three true O-linemen on its roster the season Bobby Hauck took over as head coach.

“I am blessed to have learned under the coaching staff that I had,” Keintz wrote in his note. “Coach Hauck, Coach (Chad) Germer, Coach (Timm) Rosenbach, and the entire Griz Football staff have been nothing but completely supportive throughout this process, and I will always be grateful for the relationships I’ve built with them.”

Keintz didn’t begin playing football until his sophomore season of high school, while still being a member of the drama club at Big Sky. He hadn’t been into sports as a kid, but his mother told him after his freshman year that he had to play a sport or get a job.

Keintz is a media arts major who’s passionate about theater and film making. He’s schedule to graduate this December but previously said he was planning to come back next fall for the extra year of eligibility the NCAA gave fall athletes because of COVID-19.

“Mental health is an ever-growing issue in the world of sports, and student-athletes far and wide are suffering in silence,” Keintz wrote in his note. “These people are humans just like the rest of us, and there is so much more to them as people than the sport they play.”

Keintz is one of several UM football players who had taken advantage of the new Name, Image and Likeness opportunities that began July 1. He lists himself as a Barstool Athlete on his Twitter page and had a deal as a REPP Sports Ambassador, promoting Raze Energy drinks on Instagram.

“To my teammates, the memories that we have made and the relationships that we’ve built over the years will forever hold a place in my heart,” Keintz wrote in ending his note. “You’ve got a lifelong fan and a brother in me, and I am blessed to have been on this journey with you. Go be great! I love you all!”

Keintz’s departure was one of several changes on Montana’s two-deep for its game this Saturday against Dixie State.

The depth chart underwent more changes this week than any this season through the Grizzlies’ first four games. The chart reflects who might play but isn’t set in stone.

The most-impactful change may be UM’s starting quarterback being listed as Cam Humphrey “or” Kris Brown. Humphrey, a sixth-year senior, got injured on the final drive of Saturday’s loss and had to be helped off the field while he avoided putting any pressure on his right leg. Brown is a third-year redshirt freshman from Bozeman who hasn’t started a college game.

Third-string running back Xavier Harris is listed as the starter, while fifth-stringer Junior Bergen is listed as the backup. Both are true freshmen. Fourth-stringer Isiah Childs isn’t listed and didn’t play Saturday. UM has been missing All-American Marcus Knight since the spring and lost backup Nick Ostmo during preseason camp.

The starting right guard in place of Keintz is listed as Mallory “or” Skyler Martin.

UM wide receiver Gabe Sulser also left Saturday’s game with an injury. He hasn’t been listed on the depth chart as a wide receiver this season despite being a regular contributor. He’s still listed as a punt returner and kickoff returner but didn’t come back after leaving the game.

On defense, Jacob McGourin is listed as the starting defense end in place of senior Joe Babros, who got injured early in the win over Cal Poly and has been wearing a walking boot. Henry Nuce from Kalispell Glacier is now a backup defensive end.

The Grizzlies’ 34-28 loss came down to the final play as they threw a pass into the end zone as time expired. They had taken a 21-10 lead into the fourth quarter, only to have the Eagles outscore them 24-7 in the final 15 minutes.

Bill Speltz: Selvig Court has nice ring to it — and now is the time to make it real at Montana

For all he accomplished and contributed to University of Montana athletics, it's time to honor Robin Selvig in a grand way.

Can the Lady Griz snap their six-game losing streak against archrival Montana State Monday night in Bozeman? One thing is for certain: They have confidence on their side.

The Griz return from their 11-day layoff with a much-needed road victory.

This is the sixth time in 19 games that the Montana men's basketball team holds an opponent below 50 points this season. 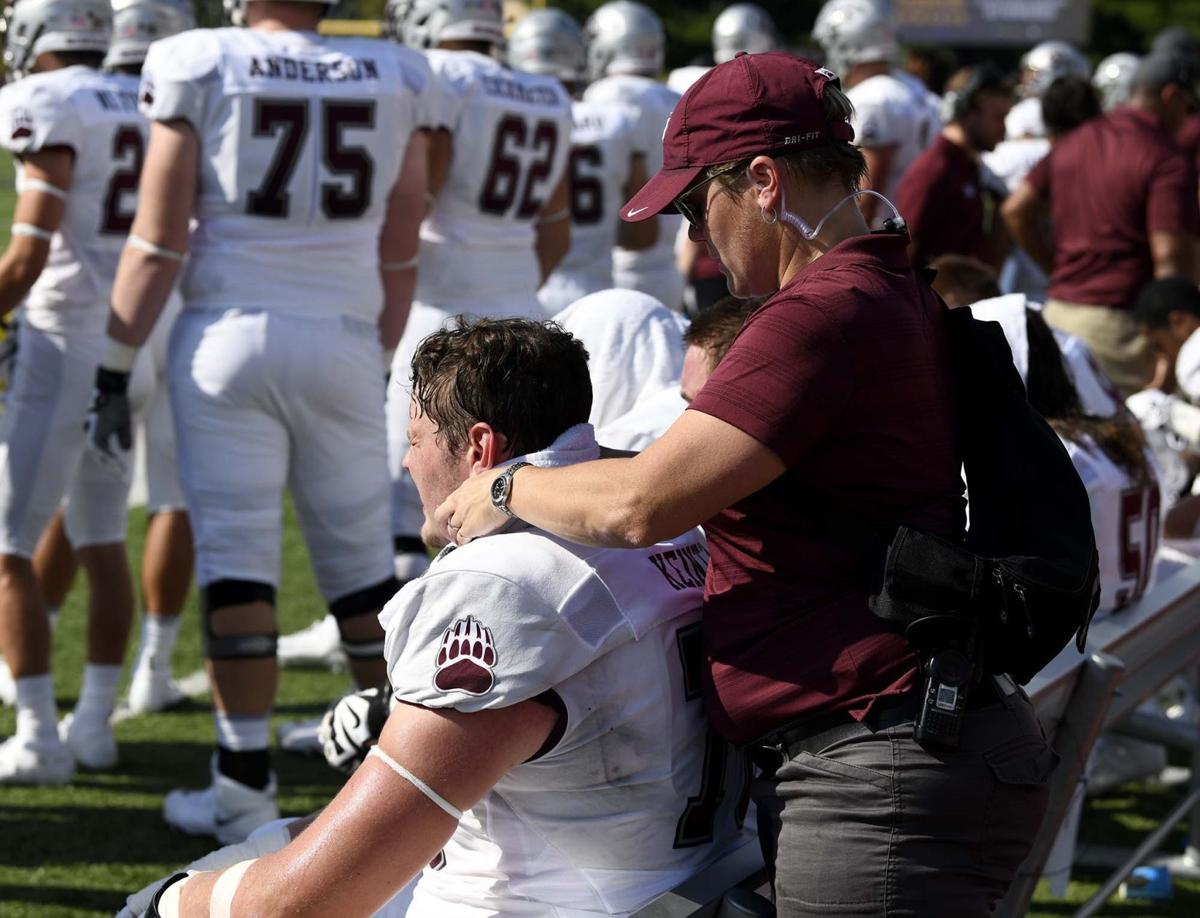 Montana team doctor Carla Fritz cools down offensive lineman Colton Keintz with a cold towel during the 2018 season. Keintz announced his retirement from football on Monday amid a season in which he was the team's starting right guard, citing mental health reasons. 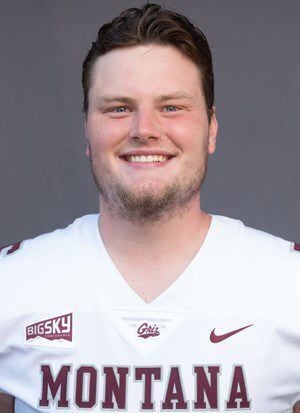