BOZEMAN — Lame Deer’s Journey Emerson will be playing college basketball far from home, but he’s not focusing on the far from home part. He’s enjoying that fact that his basketball career will continue.

On Monday, Emerson signed with Bacone College, a private Native American-serving university in Muskogee, Oklahoma. The Warriors will be getting a 5-foot-11 guard who was a prolific scorer at Lame Deer.

“I am beyond excited,” Emerson told 406mtsports.com on Tuesday. “It’s the next level of ball, so I’m really excited for it.”

Emerson said he received interest from one other school: United Tribes Technical College, a community college in Bismarck, North Dakota. Bacone got in touch with him a couple months ago, and he was impressed with the men’s basketball coaching staff, the students and the overall environment of the school.

None of the players on Bacone’s 2021-22 men’s basketball roster are from Montana (the closest is a South Dakotan). The Warriors, who play at the NAIA level in the Continental Athletic Conference, went 3-25 last season.

Emerson set the Montana record for points scored in a single game when he poured in 82 against Forsyth on Feb. 5. He also scored 61 points against Poplar on Dec. 21, 11 days after he tallied 45 against Huntley Project and three days after he finished with 42 against Red Lodge. Emerson, who was the 406mtsports.com Athlete of the Month for December, also scored 49 against Red Lodge in January.

Emerson earned a Class B all-state honor and led Lame Deer to an 18-5 record last season as a senior. The Morning Stars ended their season at the Southern B Divisional tournament. 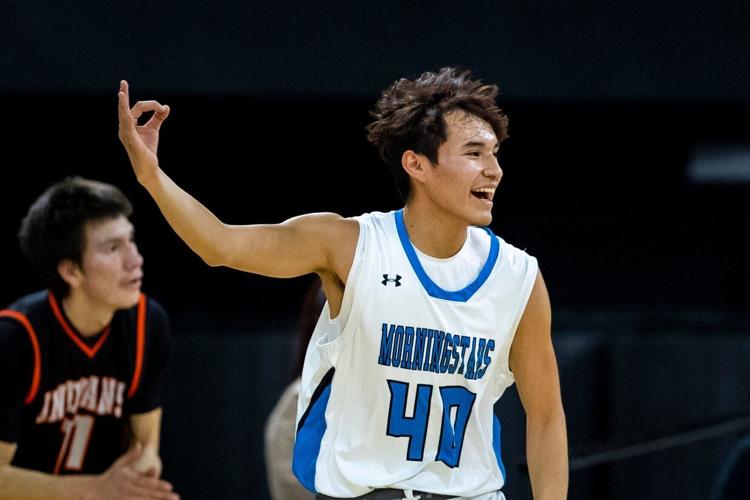 Lame Deer's Journey Emerson, pictured during a game against Lodge Grass at First Interstate Arena at MetraPark on Feb. 8, has signed with Bacone College. 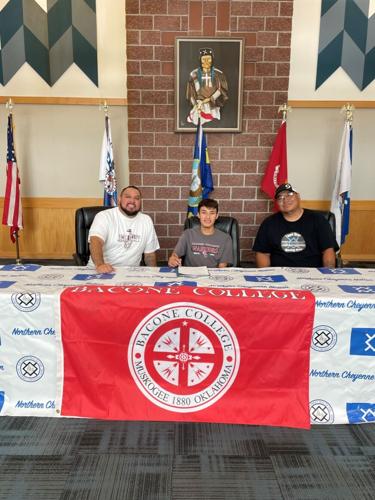