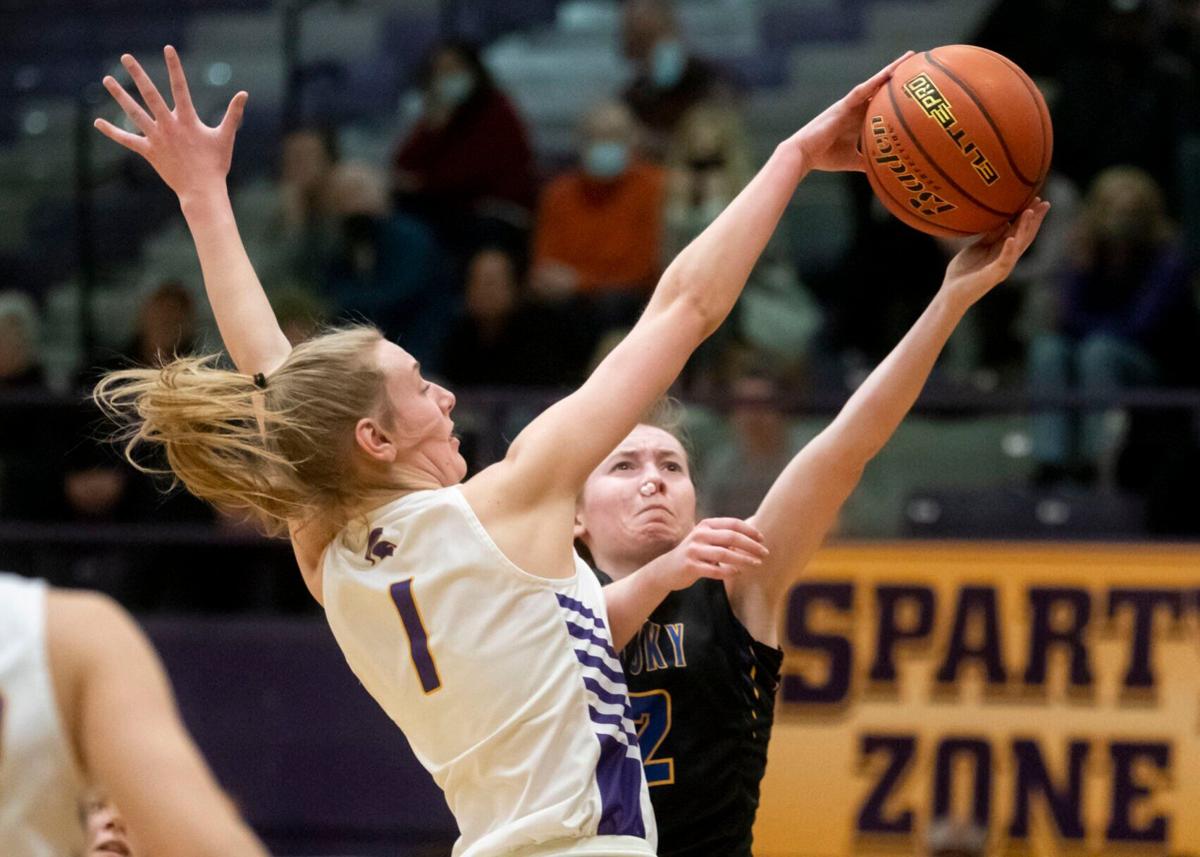 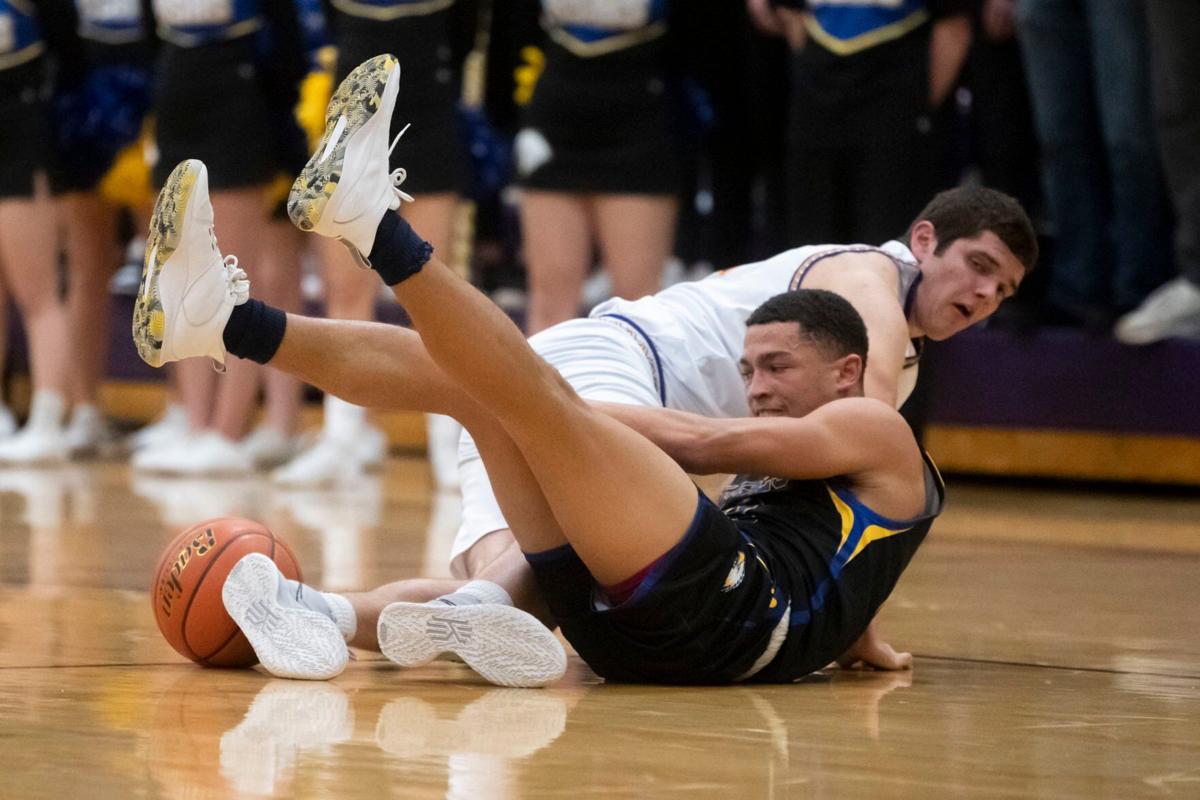 MISSOULA — Each time the Missoula Big Sky Eagles had a run and a comeback brewing in Tuesday night's crosstown girls basketball game at Missoula Sentinel, the hosting Spartans had an answer.

Backed by a 10-point game by Brooke Stayner, a nine-point night by Olivia Huntsinger and seven points from Lilly Allen, the Spartans held off a pesky Eagles team to take a 46-36 win.

The Eagles cut Sentinel's 16-4 lead to 20-17 at halftime, then the Spartans extended that to 34-23 at the end of the third quarter. Eagles freshman star Kadynce Couture opened the fourth with a nifty split into a righty layup, but Allen had an answer with a catch-and-shoot trey to extend the advantage to 38-25 at the 6:25 mark.

Couture, who finished with a game-high 16 points, hit another driving floater in traffic to keep the Eagles alive, but Kodi Fraser found Allen for another clutch bucket. Allen then hit Fraser off a give-and-go to make it a 13-point Sentinel lead.

The Eagles cut the deficit to six points off a 3-pointer by Maddie Jones with just over a minute left. Couture missed a clean look from deep, and the Spartans sealed the game at the charity line.

The Spartans improved to 4-3 and snapped the Eagles' three-game winning streak as they fell to 3-3. The Spartans' defensive goal each game is to hold teams to 34 points, so 36 isn't too bad.

Especially if the Spartans' streaky offense can find a groove.

"We just have to believe in ourselves a little more on the offensive end," Spartans head coach Sarah Pfeifer said. "I thought Lilly Allen stepped up big for us and drained a 3 when we needed a bucket. We need to be a little more efficient on offense and pair that with our scrappy defense and we can be a contender."

The Eagles were riding high after earning a massive win over defending State AA champion Helena Capital, and they showed plenty of holdover confidence from that win in a gutsy game against the Spartans.

"We did fight, and that's the identity of this team," Eagles head coach Tyler Hobbs said. "If they are going to go down, they are going to go down swinging. We competed, we did some nice things, and we have a lot of things to clean up, but we competed. ... There's a lot of people that might not believe in us, but we believe in us, and the kids believe in themselves. We've had a little success early, which is good for our confidence."

Jones and Avari Batt added six points each for the Eagles.

Sentinel will take on No. 2 Missoula Hellgate on Thursday at Hellgate. The Eagles will head to No. 5 Butte Thursday.

The Missoula Sentinel Spartans started the season 0-3, and based off that fact that many of their top players were also playing on the AA state title winning Sentinel football team and probably hadn't played meaningful basketball since June, they were a little rusty.

Add in the fact the the Spartans were also replacing 10 seniors from a talented team that won the AA consolation bracket last season, there was bound to be some rough edges early on this season as things smoothed over.

A four-game winning streak is sure a way to shake off that rust, though.

The Spartans shot 16 of 31 from the foul line and took a 60-54 win over crosstown foe Big Sky in the nightcap of Thursday's slate of home games against the Eagles.

"I've said the whole year, this team is a bunch of competitors," Spartans head coach Jason Maki said. "They may not always be pretty. ... But they just compete their butts off. They'll dive on the floor. They took charges. They rebounded. They made their free throws when they needed to. They're just fighters and that's what I appreciate about them so much. They will grind. They will work."

Riley Allen aided the Spartans with 11 points and he hit three free throws in the fourth quarter. Kaden Sheridan led the team in scoring with 13 including two 3-pointers in the third and he hit a trio of freebies in the fourth to help seal the win. Chase Williams scored just six, but he made some key passes in the fourth to set his team up for clutch scores as the Eagles attempted a late rally.

The Spartans built a 54-41 lead just past the midway point of the fourth off a scoop layup by Sheridan. The Eagles had an answer but it came too late.

But from there the Spartans sealed the win from the foul line the rest of the way.

While the Spartans took their fourth win in a row, the Eagles are going the opposite direction having now lost three in a row and can't get over a run of close calls. All four of the Eagles' losses have been by single digits each, with the largest being an eight-point loss at Belgrade.

Check out the updated final scores.

Missoula Hellgate is one of three remaining undefeated girls basketball teams in Class AA, improving to 6-0 with a win over Missoula Sentinel on Thursday.

On Saturday the Knights made a rock-solid Helena girls team look mighty rusty, forcing 28 turnovers en route to a 64-30 win at the Hellgate gym.

50 years of girls basketball: From concrete floors to a 3,000-point scorer, girls hoops have come a long way in Montana

Glendive’s victory over Deer Lodge in the first championship was the culmination of a long road toward sanctioning high school girls basketball in Montana after a 64-year hiatus – a milestone marking its 50th anniversary this winter.

50 years of girls basketball: A Montana timeline from 1897 to the present

From the first recorded activity in 1897 to now.

Brooke Stayner scored 14 and dished out six assists as the Spartans took a 53-49 home win over the Kalispell Glacier Wolfpack. 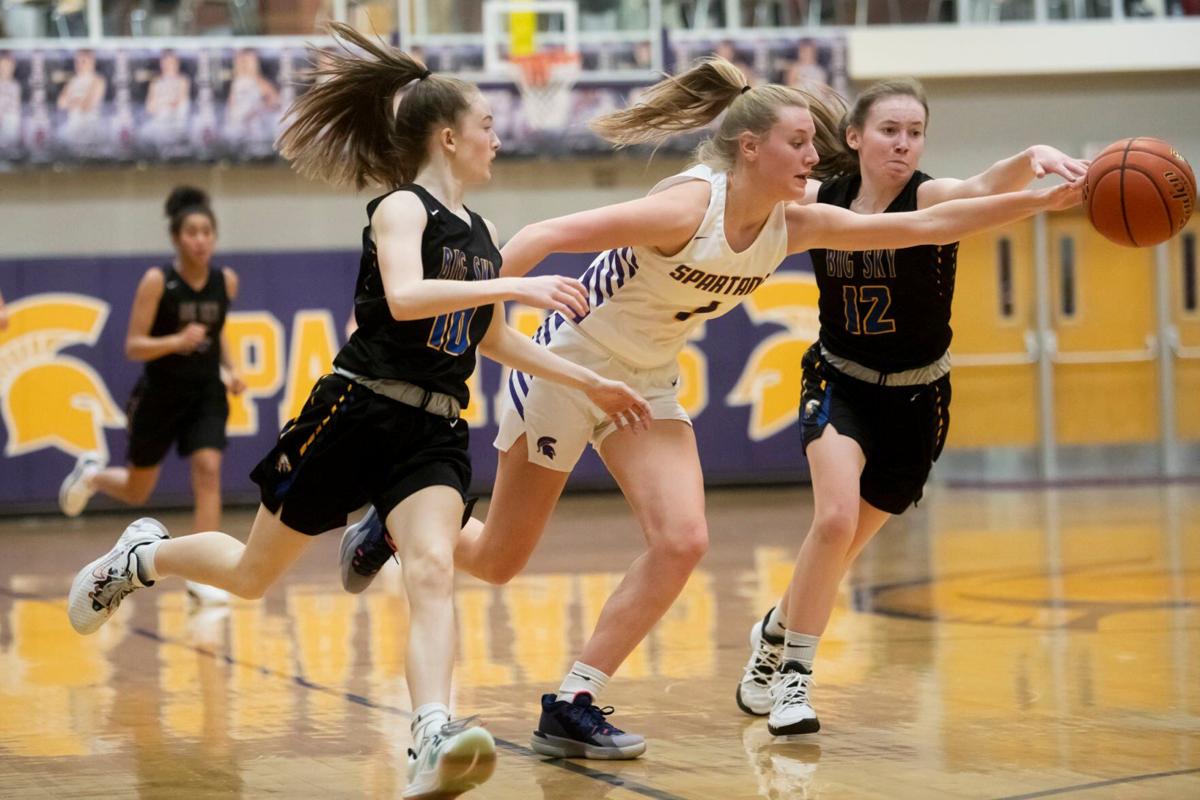 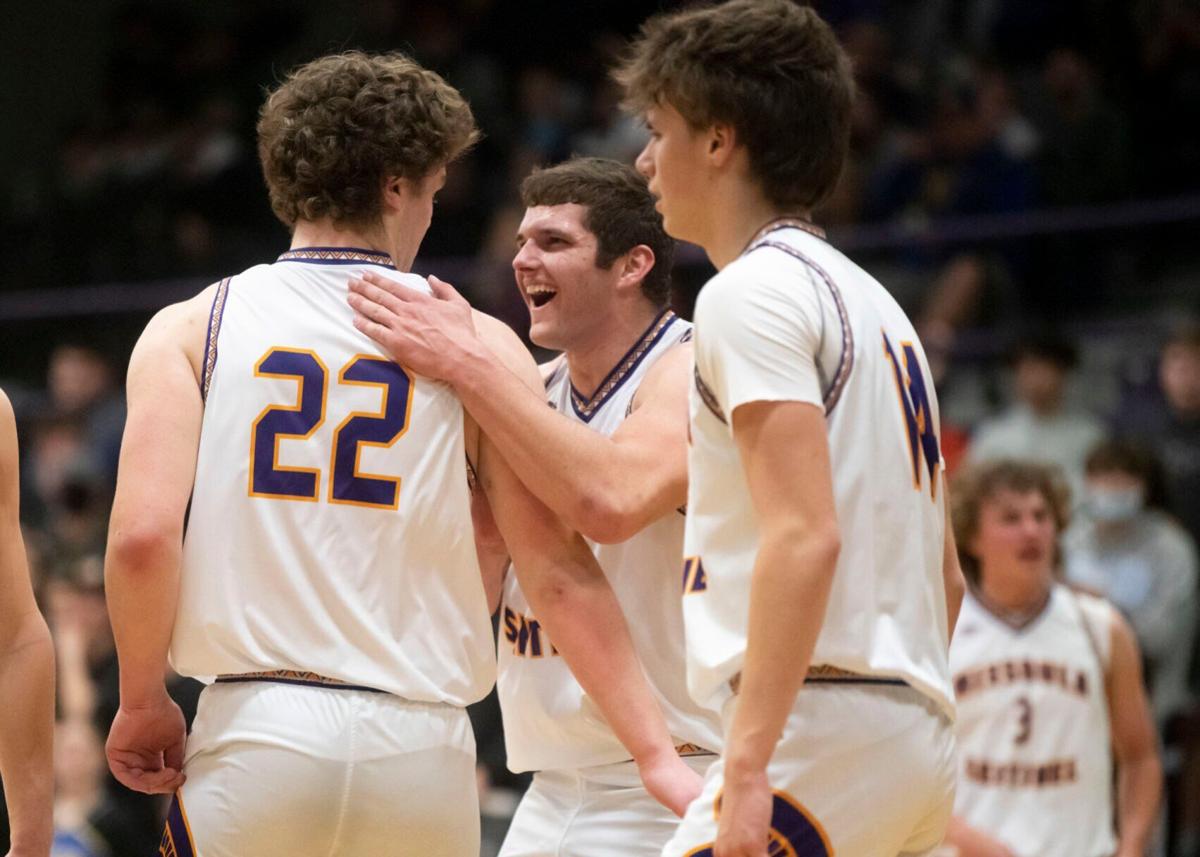