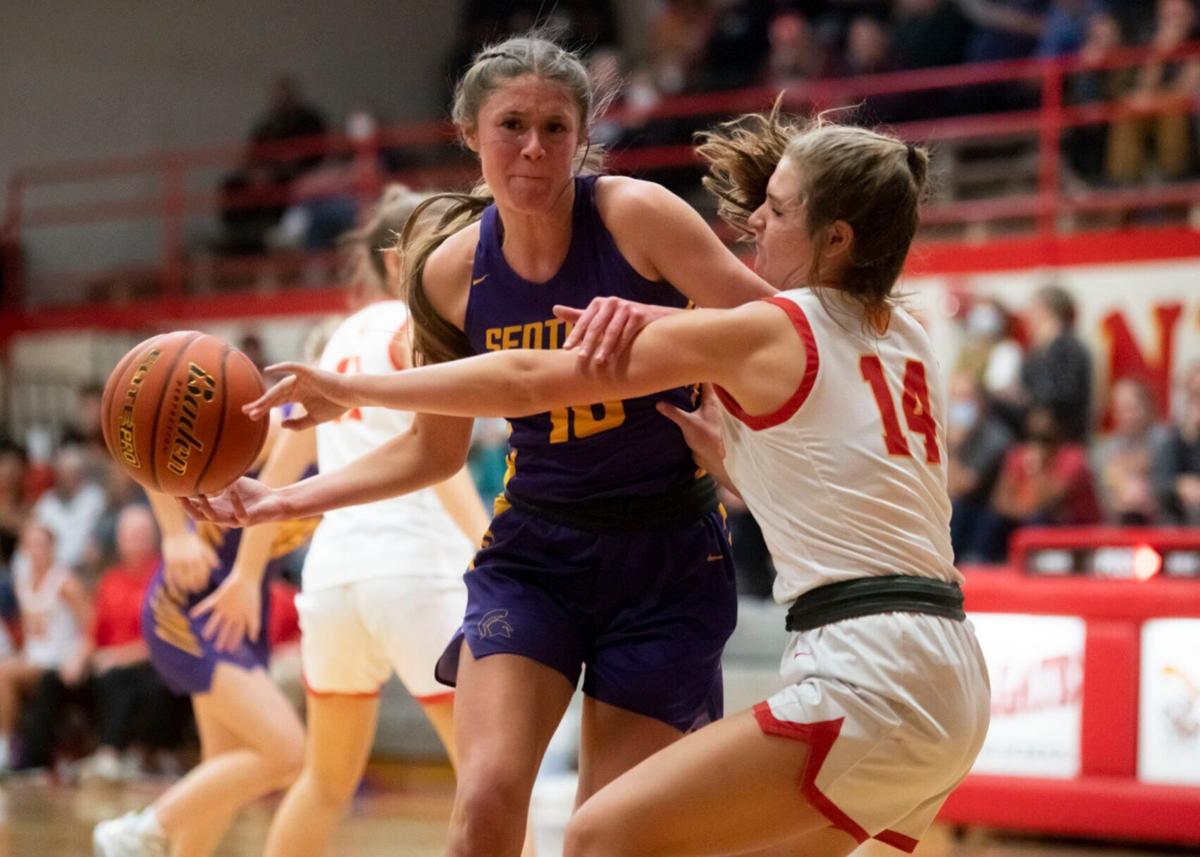 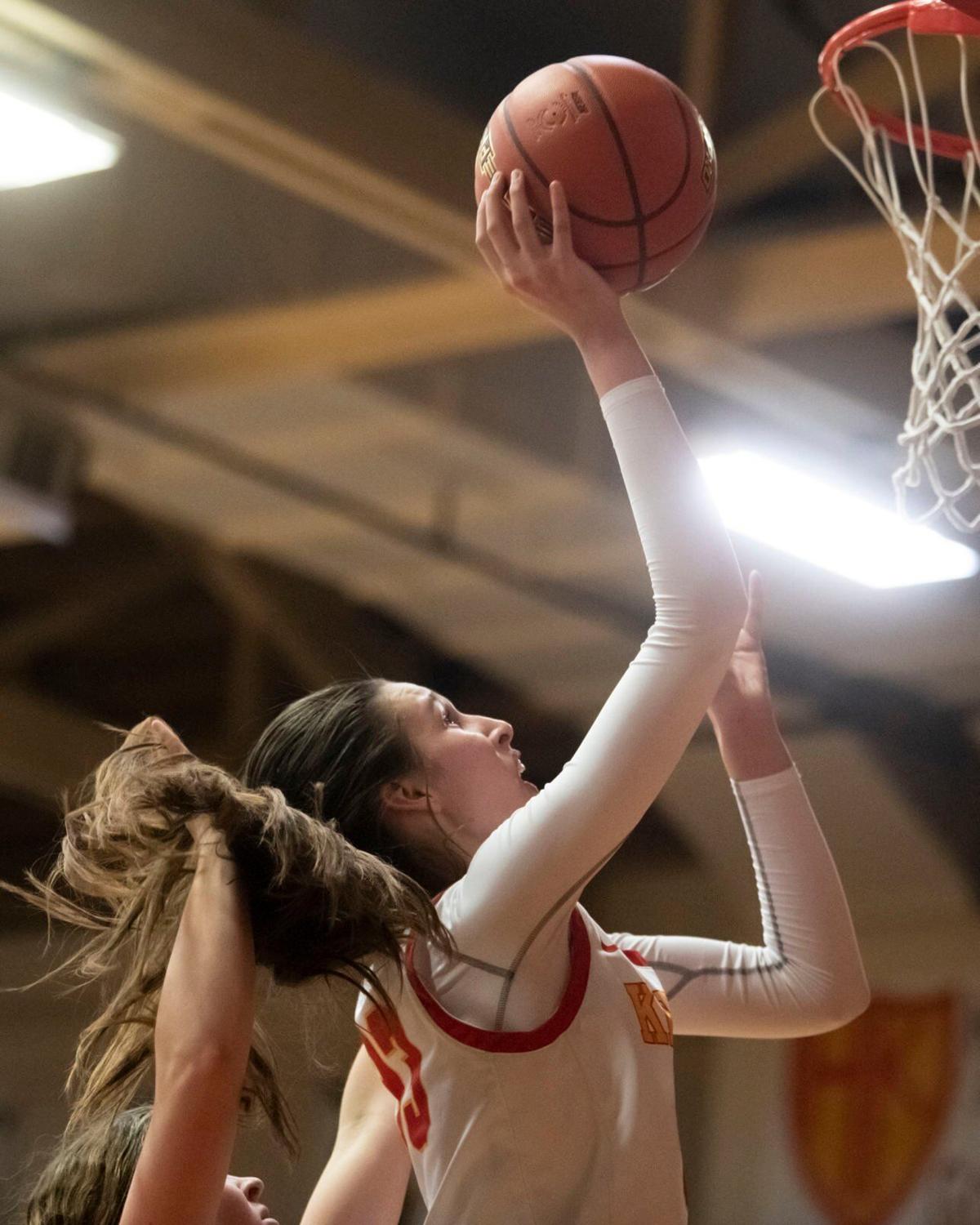 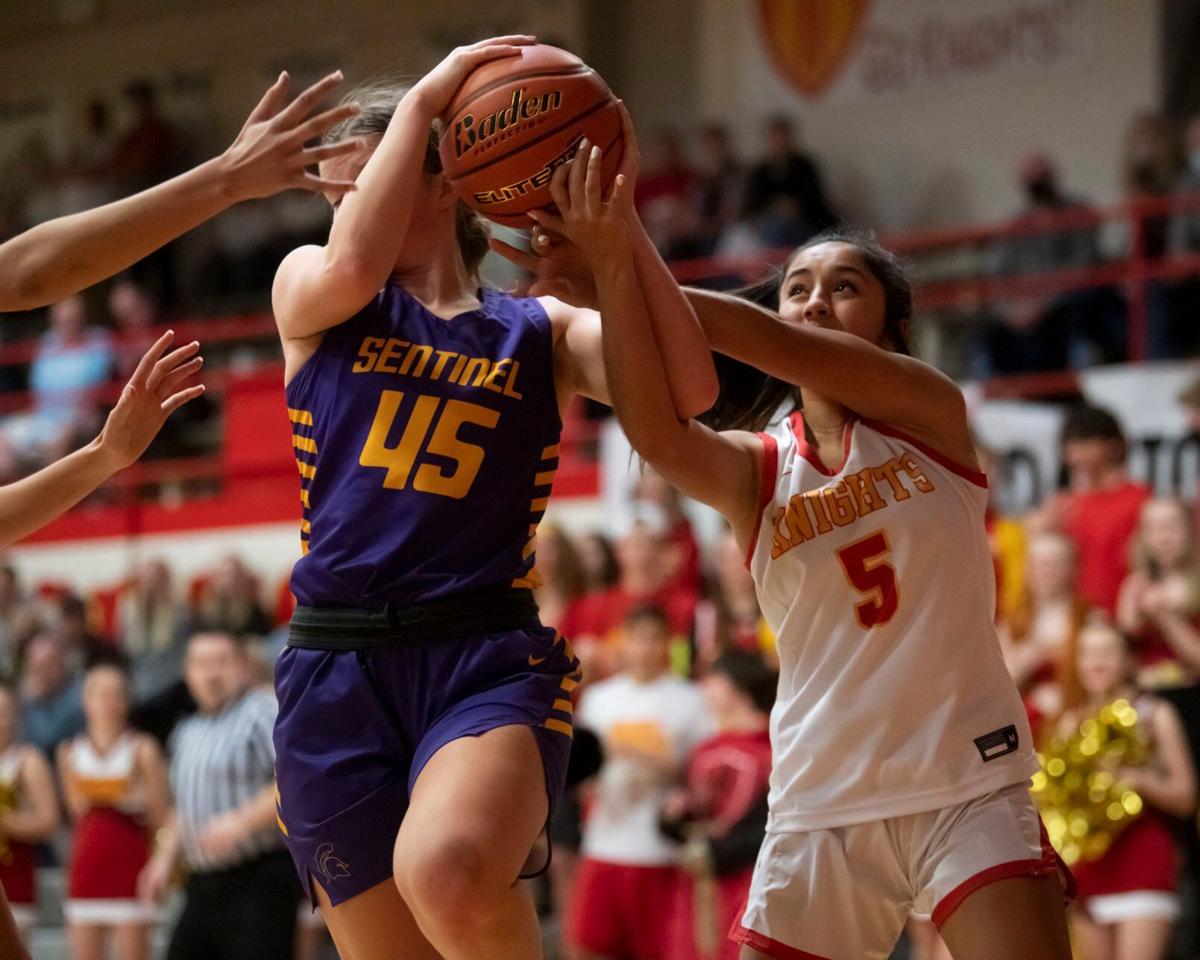 The Knights had just scored a 54-26 home win over crosstown rival Missoula Sentinel, but there was still a lot to work on for the No. 2 team in the state. They had jumped out to a 26-6 halftime lead, but the second half was a much closer 28-20 edge for them.

“I try to keep it as positive as I can after the game, especially because crosstown is always a good win,” said Henthorn, who is the co-head coach with his father, Rob Henthorn. “There’s more to work on, and the girls know it. That’s the fun thing and it makes my job easier because they know we didn’t play very well in the second half.”

The Knight are still playing good basketball as one of the three remaining undefeated teams in Class AA. They’re now 6-0, with those wins coming by an average of 28.5 points per game.

Winning is nothing new for the Knights, who were the state runner-up last year, lost in the state semifinals two years ago and finished third at state three years ago. In last year’s state title game, they let a late 10-point lead slip away in a two-point loss.

“As much as it was a bummer to end that way,” Brady Henthorn said, “it really helped get a chip on their shoulder to motivate them and get them to come back and know that they have a lot that they need to get better at.”

The Knights graduated only one senior from last year’s team, so this year’s group has a lot of familiarity. Most of them have been on varsity since their freshman year, so they know each other, their capabilities and their tendencies well. They’ve also had the same head coaches, so they know what is expected out of them daily.

That starts on defense, and the Knights take pride in that phase. They're holding teams to 30.7 points per game thanks in part to their height, length and athleticism. It’s the offense that’s still a work in progress, even as they had three scorers in double figures Thursday: Alex Covill at 13, Bailee Sayler at 12 and Lauren Dick at 11.

“Play your game. That’s what I tell them all the time,” Brady Henthorn said. “You just got to play your own game. I always tell them the competition isn’t our competitors. The competition is ourselves. You got to make sure that you and your teammates hold each other accountable so you’re not playing down to some level of competition, which can get to you mentally.”

Sentinel dropped to 4-4 with the loss two days after scoring a 46-36 home win over Missoula Big Sky in the first crosstown game of the season. Megan Hamilton had six points to lead the Spartans.

The teams will rematch on Feb. 11 at Dahlberg Arena, the home of the Montana Grizzlies. By that point, the state tournament will be less than a month away.

“I think they know what they’re capable of,” Brady Henthorn said. “They also know that they have a lot to improve on because they all have high ambitions.”

Check out the updated final scores.

Big Sky is off to a 3-3 start this season after winning just two games over the past three seasons.

Check out how the games turned out.

On Saturday the Knights made a rock-solid Helena girls team look mighty rusty, forcing 28 turnovers en route to a 64-30 win at the Hellgate gym.

50 years of girls basketball: A Montana timeline from 1897 to the present

From the first recorded activity in 1897 to now.

50 years of girls basketball: From concrete floors to a 3,000-point scorer, girls hoops have come a long way in Montana

Glendive’s victory over Deer Lodge in the first championship was the culmination of a long road toward sanctioning high school girls basketball in Montana after a 64-year hiatus – a milestone marking its 50th anniversary this winter.

Lilly Allen hit a 3-pointer and a clutch layup late to help the Spartans hold off the Eagles Tuesday night at Sentinel High.

Innovative insulation unveiled for Team USA ahead of Winter Olympics