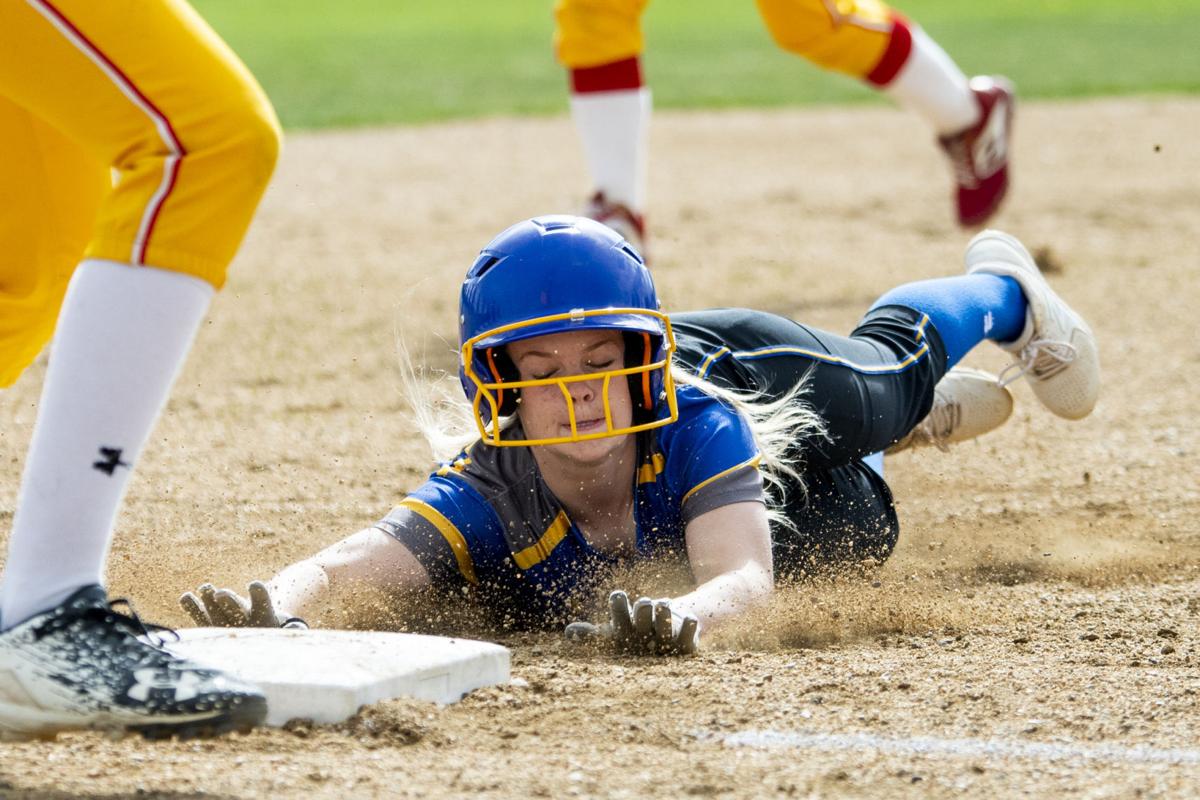 Big Sky’s Jordan Whitmire slides head first into third base during their softball game at Big Sky High School, Tuesday, May 11, 2021 in Missoula. 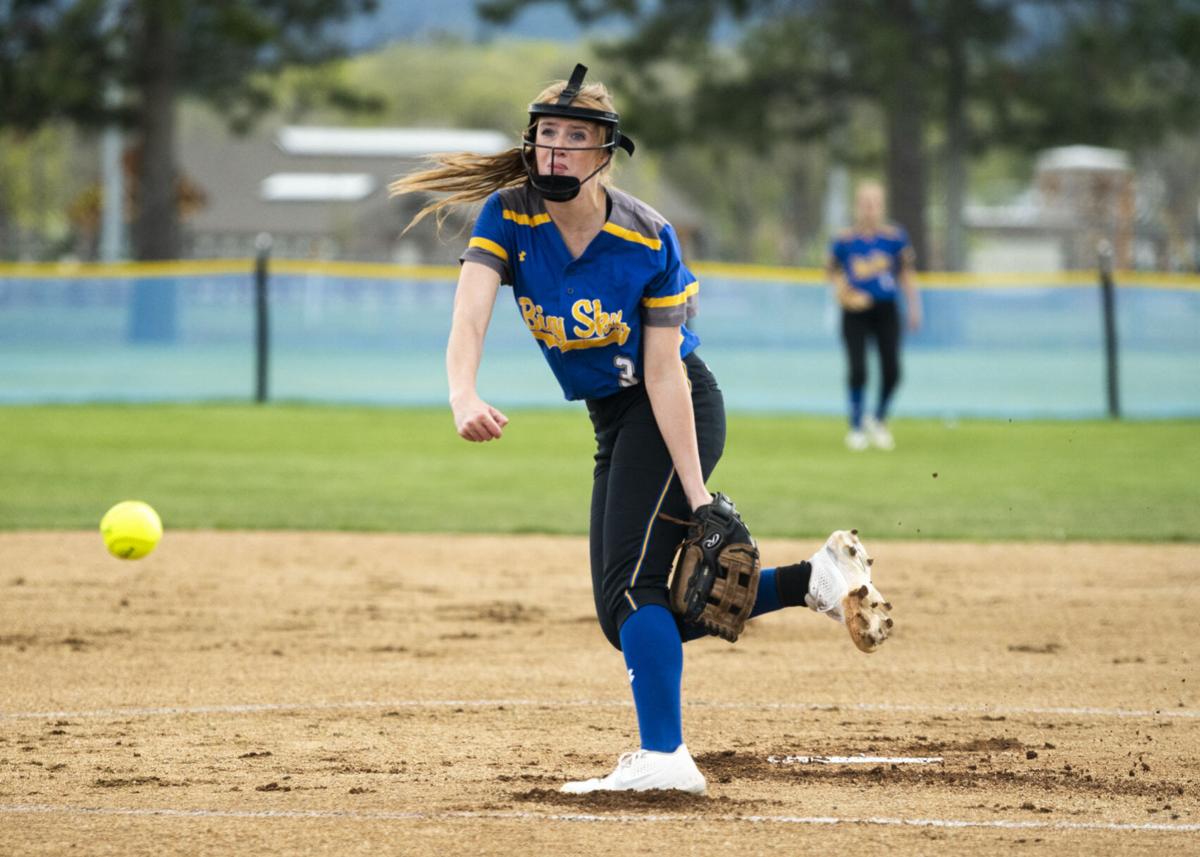 Big Sky pitcher Kaysen Brown delivers from the mound during their softball game at Big Sky High School, Tuesday, May 11, 2021 in Missoula. 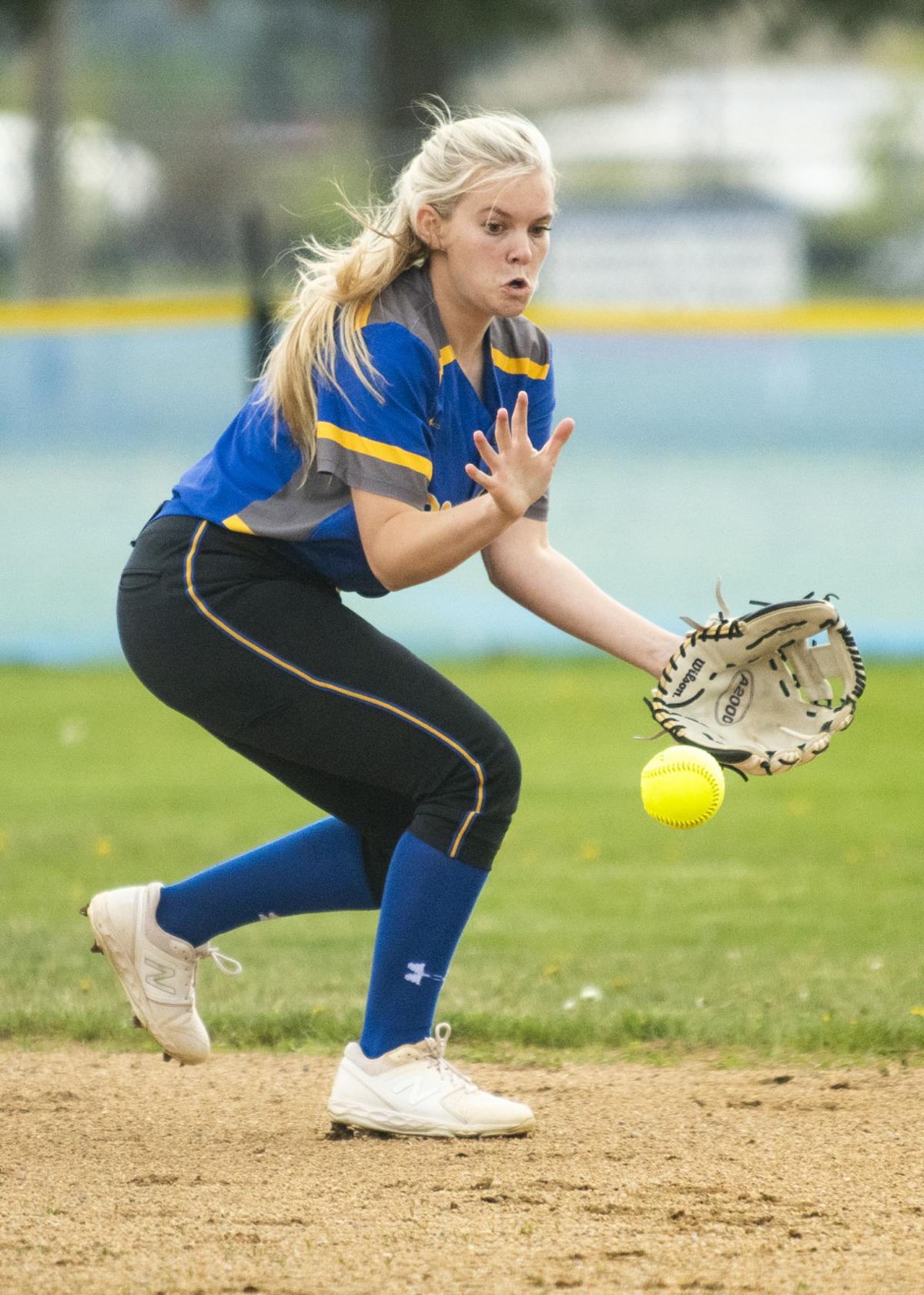 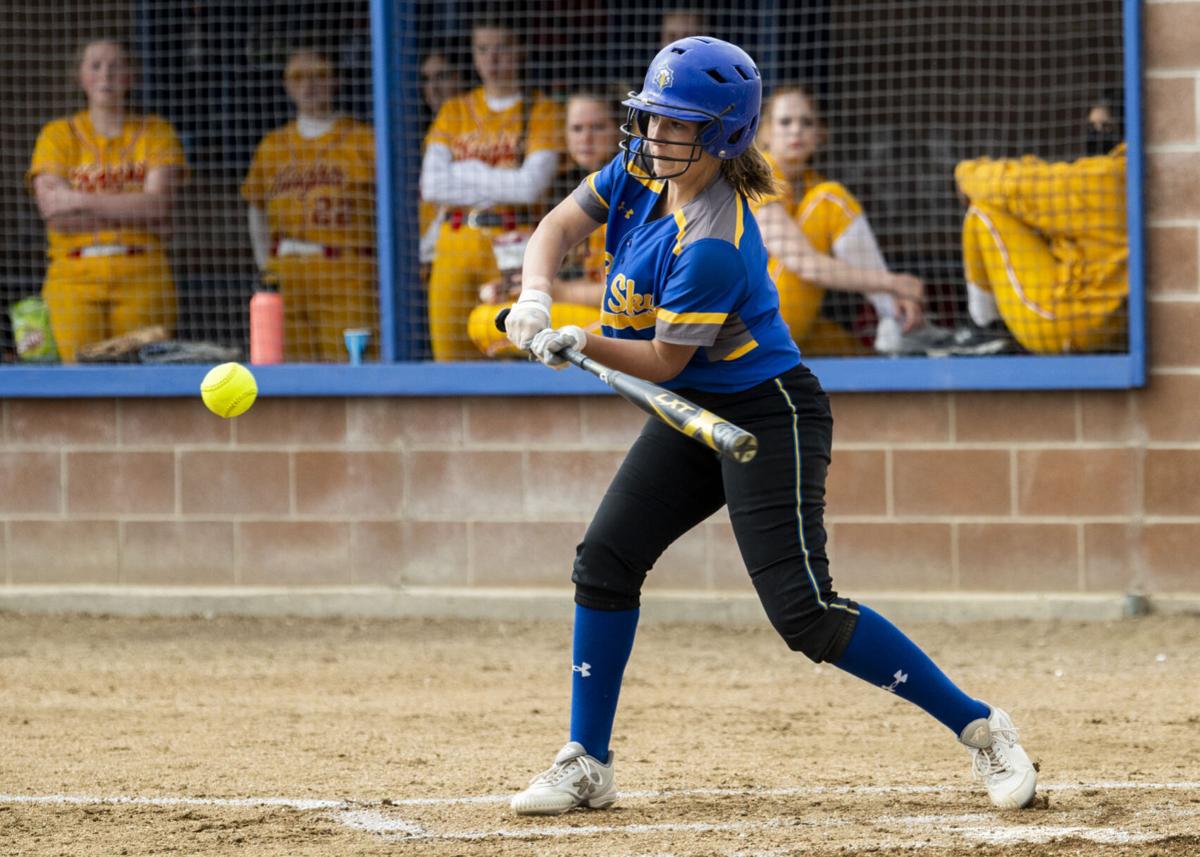 Big Sky’s Ava McPhillips swings at a pitch during their softball game at Big Sky High School, Tuesday, May 11, 2021 in Missoula.

It was the hardest hit of the day, and the ball made a loud thud when it smacked the heel of Petrino’s glove and left her with a bruise. Petrino rebounded to throw out Hood and win the battle of travel ball teammates, but Hood and Big Sky won the war as they ran away with an 18-4 win over the winless Knights on their home field.

It was the Eagles’ fifth win of the season, which may not sound like many this late in the year. But it’s their most wins since 2017 as they’re showing their potential for future success under first-year coach Trevor Subith.

“We’re changing the culture of losing,” he said. “It’s going to take time, but we’re on the path.”

The Eagles have been carried by their small-ball offense of well-placed singles and aggressive base running. Tuesday’s game marked the eighth time in 20 outings they’ve reached double digits in the runs column. Senior Makennah Hewitt came through big on senior day by going 3 for 3 with four RBIs and four runs scored.

Throughout the year, Hood has been a driving force for the offense and would be in consideration for freshman of the year if such an award existed. A catcher, she came into the game leading the team in batting average (.534), runs (25), RBIs (28) and home runs (five).

This season has been a transition for her after playing on travel ball teams that were used to regularly winning. But the experience can benefit a team made up mostly of freshmen and sophomores, the latter of whom didn’t get to play last spring because of the pandemic.

“It’s mentally hard when you go from winning all the time, but you have to learn to be OK with it because we are a young team,” she said. “You have to have a good attitude and go to practice, try hard and come back again.”

Pitching is where Big Sky still has some question marks. Kaysen Brown recently moved to pitcher and has caught teams off guard with her slightly slower-than-normal pitch speed. She had Hellgate off balance and scattered six hits and two runs over four innings.

Brown had never won a high school game until this season because she played on a winless team in 2019 under Janelle Merja and had the 2020 season canceled. Even Hewitt, the lone senior, had won just four games before this year when the Eagles went 4-12 in 2018 under Brian Bessette.

But with Subith now coaching the team, the Eagles have gone 5-15 for their most wins since they were 13-14-1 in 2017 during longtime coach Dennis Staves’ final season. And Brown is expecting exciting things going forward.

The Eagles can potentially add one more regular-season win when they host Belgrade on Saturday. Subith already feels they’ve left three to four wins on the field, but that’s been an experience from which they can learn.

Then it’s off to Helena for the divisional tournament, where the Eagles are locked in as the No. 7 seed. They’ll be just two wins away from qualifying for state for the first time since 2017.

“We’re finally playing loose and aggressive,” he said. “The difference from the beginning of the year to now is night and day.”

Big Sky’s Jordan Whitmire slides head first into third base during their softball game at Big Sky High School, Tuesday, May 11, 2021 in Missoula.

Big Sky pitcher Kaysen Brown delivers from the mound during their softball game at Big Sky High School, Tuesday, May 11, 2021 in Missoula.

Big Sky’s Ava McPhillips swings at a pitch during their softball game at Big Sky High School, Tuesday, May 11, 2021 in Missoula.