BUTTE — Saturday was a showcase for stellar individual performance at the Class A state track and field meet — and for two teams who couldn’t wait to return to the top.

Dillon’s boys, highlighted by Treyton Anderson’s big weekend in the hurdles and sprints, overcame Western division nemesis Hamilton at Butte Memorial Stadium to win the overall team championship for the first time since 2019 when it shared the top prize with Laurel.

At the same time, Whitefish’s girls dominated the sprints behind the exploits of super sophomore Brooke Zetooney, got a high jump title from Erin Wilde and benefitted from a yeoman’s effort by Hailey Ells to return to the top of the podium again, also for the first time since 2019.

“These kids … this was in their sights all season long,” said Dillon coach Jeremy Anderson, who noted the battles his team had with Hamilton’s boys all year. “We had kids step up in a lot of different areas who weren’t expected to score points. That epitomizes the true sense of a team, and that’s what we’re all about.”

Whitefish was among a logjam of girls teams vying for the title for the better part of two days. Then came Saturday afternoon, when (in part) Zetooney won the 200, Wilde won the high jump and the Bulldogs powered to a win in the long relay.

“That’s track and field,” coach Kelliann Blackburn said. “It was fun to watch that. We didn’t even talk about team scores (Friday) night. We just said, ‘Hey, this is what we need to do.’”

Treyton Anderson, Jeremy Anderson’s son, was a member of Dillon’s co-title-winning team in 2019 as a freshman. His effort this weekend was essential in the Beavers return to supremacy.

Anderson also ran the third leg on the Beavers’ winning 400 relay team (42.63). Treyton Graham took third in the 300 hurdles, while Callahan Hoffman grabbed second place in the discus, Connor Curnow and Kyle Jones got second and sixth in the javelin, and Holter Santos placed second in the triple jump and third in the long jump.

For Whitefish’s girls, Zetooney finished her weekend with gold medals in the 100- and 200-meter races, ran legs on both title-winning relay teams and finished second in the 400.

“I’m going to train harder,” said Zetooney, who again made mention of her desire to break the school’s 100-meter mark of 12.4 set last decade by Marlow Schulz. “I want to just train and do better and get to a higher level by my junior and senior year.”

Yet the Bulldogs wouldn’t have won the team title without Ells’ performance.

On Saturday, Ells managed the 300 hurdles, the high jump and the 200 meters within an hour’s time, and scored points in each. In the end, Ells placed in five individual events and won gold with her teammates in both relay races.

Meanwhile, Dillon’s Ainsley Shipman closed the weekend with seven medals of her own, including gold in both hurdles events, the long jump and the triple jump. Shipman, the only girl in Class A who won pre-pandemic titles as a freshman in 2019, closed her career with a total of seven first-place medals.

“Winning now means a lot more to me,” Shipman said. “Those championships were awesome as a freshman, but last year I didn’t win either of the hurdle races and I had that in the back of my head, trying to win them here now.”

“She’s the fiercest competitor I’ve had the opportunity to coach in my 24-year career,” Jeremy Anderson said. “If you were in a back-street brawl you’d want her in your corner.”

Saturday was a day of atonement in the boys 100 meters for Laurel sprinter Jakob Webinger. Last year, Webinger was unable to overcome jitters and a slow burst at the gun and lost the 100 to Billings Central’s Brock Ping. This year he left no doubt, winning the title in 11.01.

When he crossed the finish line, Webinger let out a bellow in celebration, having exorcised his demon.

“I put so much work into it and it finally paid off,” said Webinger, who also won the 200 and anchored the Locomotives 400 relay team to a new Class A record of 42.42 during Friday’s prelims. “I did everything I could in the weight room, on the track, and a lot of it was mental and controlling my nerves. I really focused in on winning this race.”

Laurel’s girls got a title-winning effort in the javelin from Daeja Fike, who won with a heave of 142-8, nearly 10 feet better than the runner-up.

“It’s weird. It doesn’t really feel like any other meet, it just feels like the last meet of the season,” said Fike, a sophomore. “But this pushes my expectations a little bit. I’ve got a couple years left.”

In the girls 1,600 meters, Hardin’s Mariah Aragon and Laurel’s Carly Cook jostled for the lead on the final lap. Aragon was able to overtake Cook inside the final 200 and prevailed with a time of 5:22.35.

“This is what I trained for, so I was going to give it all I got,” Aragon said. “If she beats me, she beats me. I just wanted to end the race knowing I gave it all I had. It was an amazing race.”

Saturday’s other girls champions included Corvallis’ Madison Lewis, who won the shot put with a throw of 40-06¼.

Boys champions on Saturday also included Hamilton’s Lane Cole in the 1,600 meters, which produced a thrilling finish: Cole crossed the finish line in 4:25.25, just enough to beat Corvallis’ Brinson Wyche, who nearly stole it away with a PR of 4:25.26.

Whitefish’s Talon Holmquist won the shot put with a throw of 57-08½, Ronan’s Payton Cates took gold in the high jump at 6-2, and Whitefish’s Gabe Menicke claimed the triple jump at 46-10¾.

What Messi says he regrets during the World Cup

What Messi says he regrets during the World Cup 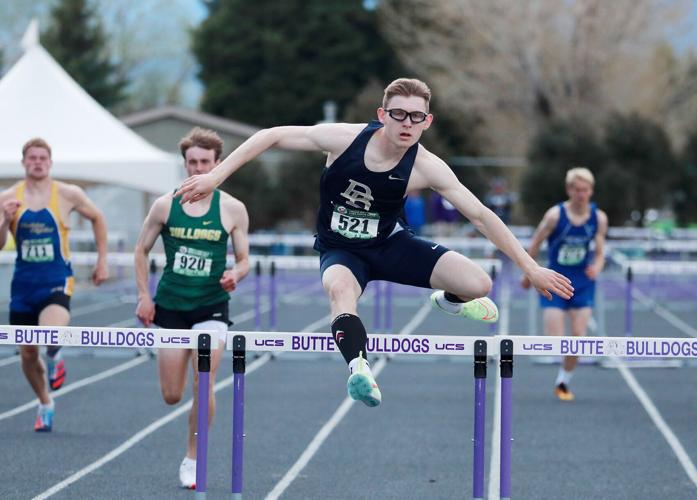 Dillon's Treyton Anderson leaps over the final obstacle in the 300-meter hurdle race Saturday during the State A meet in Butte. 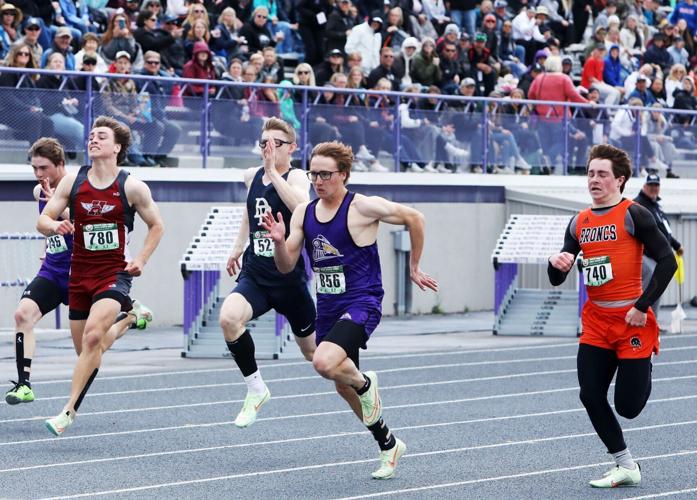 Laurel's Jakob Webinger sprints to victory in the 100-meter dash on Saturday at the State A meet in Butte. 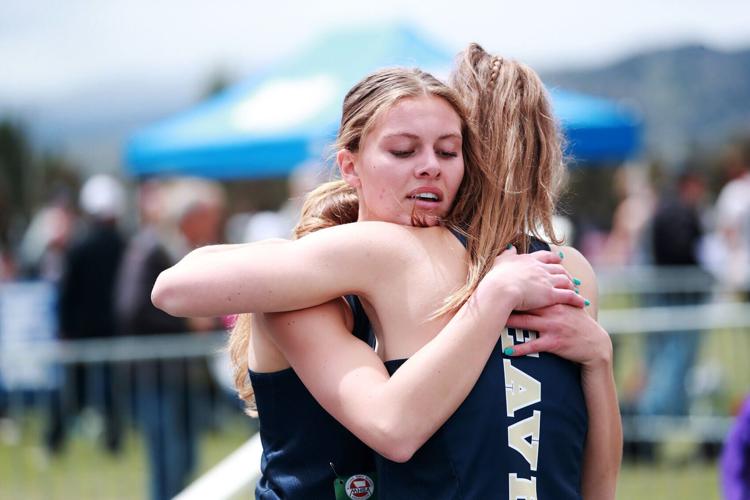 Dillon's Ainsley Shipman, facing, gets a hug after winning the 300-meter hurdles Saturday at the State A meet in Butte. 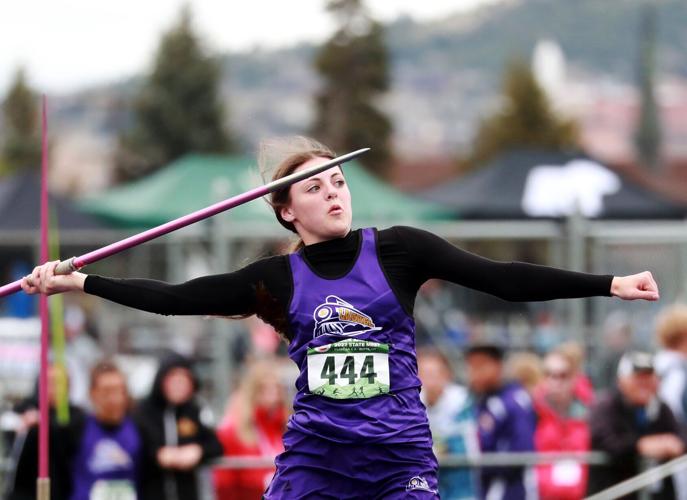 Laurel's Daeja Fike throws the javelin on Saturday at the State A meet in Butte. Fike won the event with a throw of 142-8. 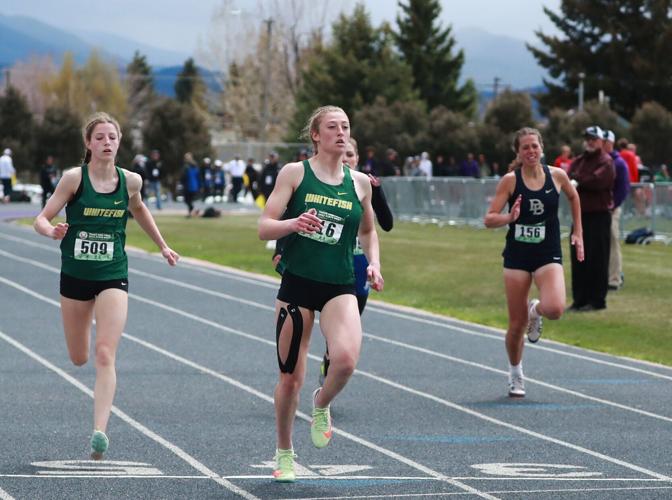 Whitefish's Brooke Zetooney races to victory in the 200-meter dash on Saturday at the State A meet in Butte. 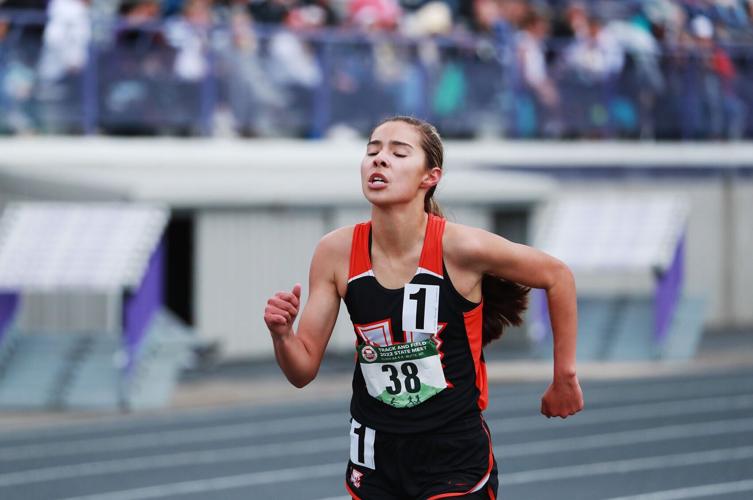 Hardin's Mariah Aragon closes out her win in the 1,600-meter run at the State A meet in Butte on Saturday.