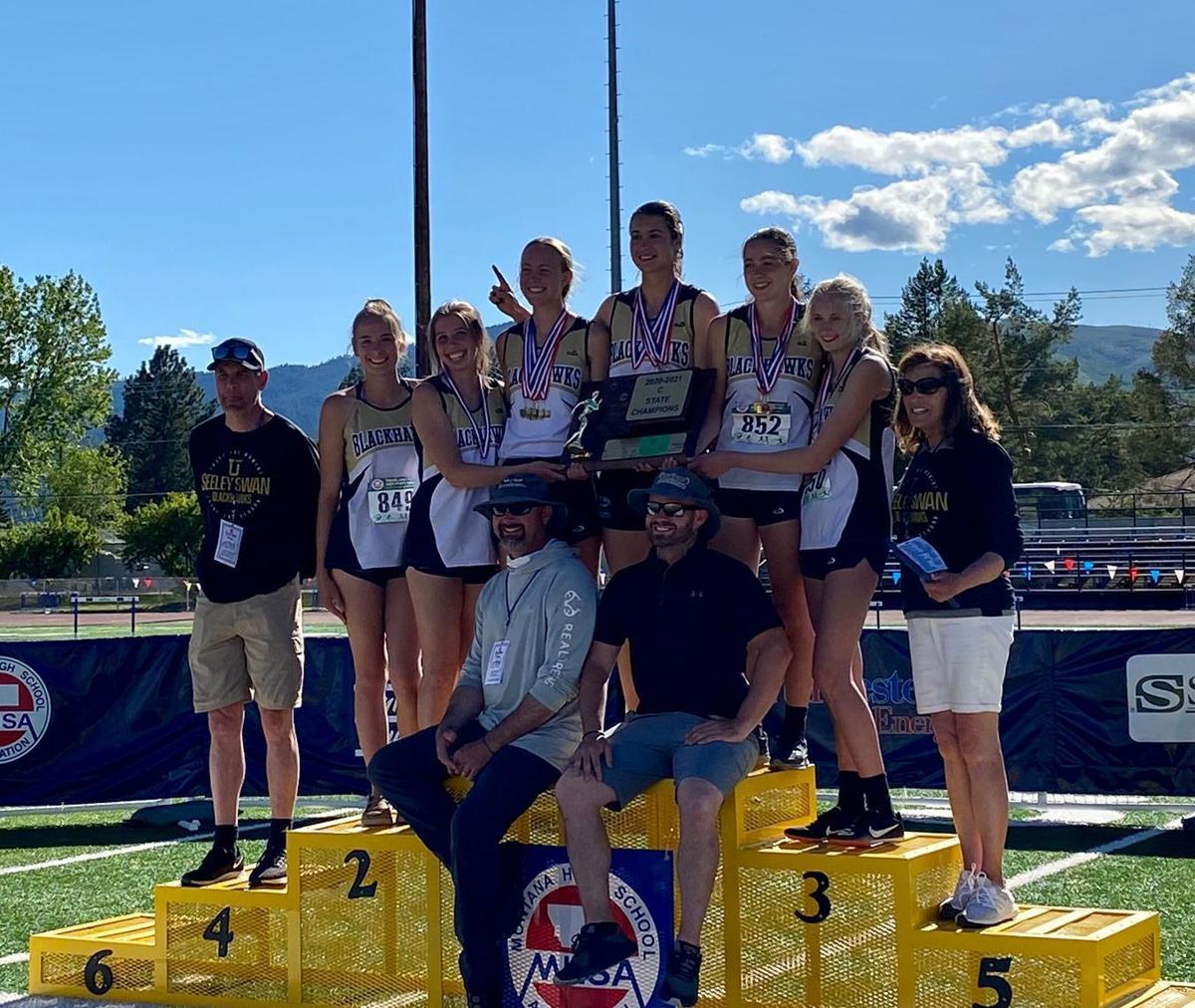 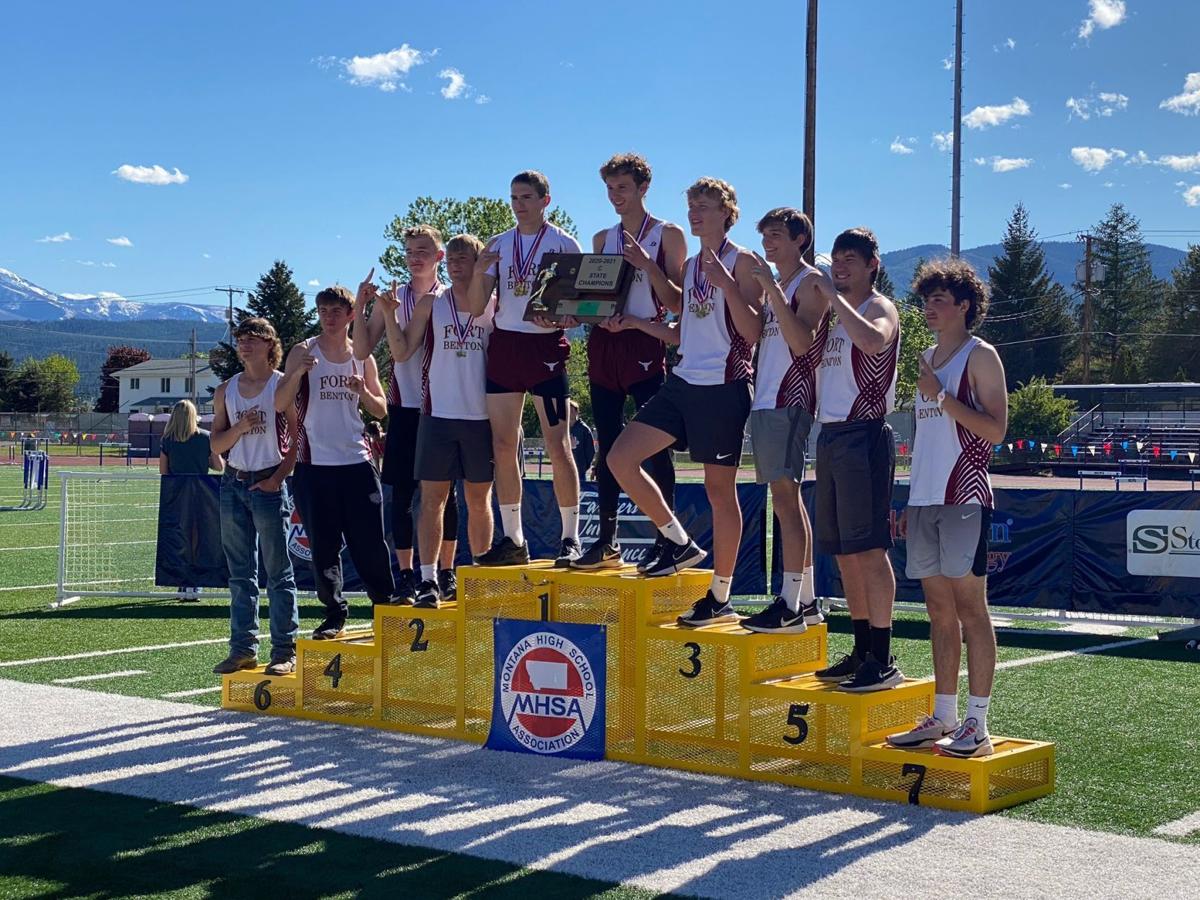 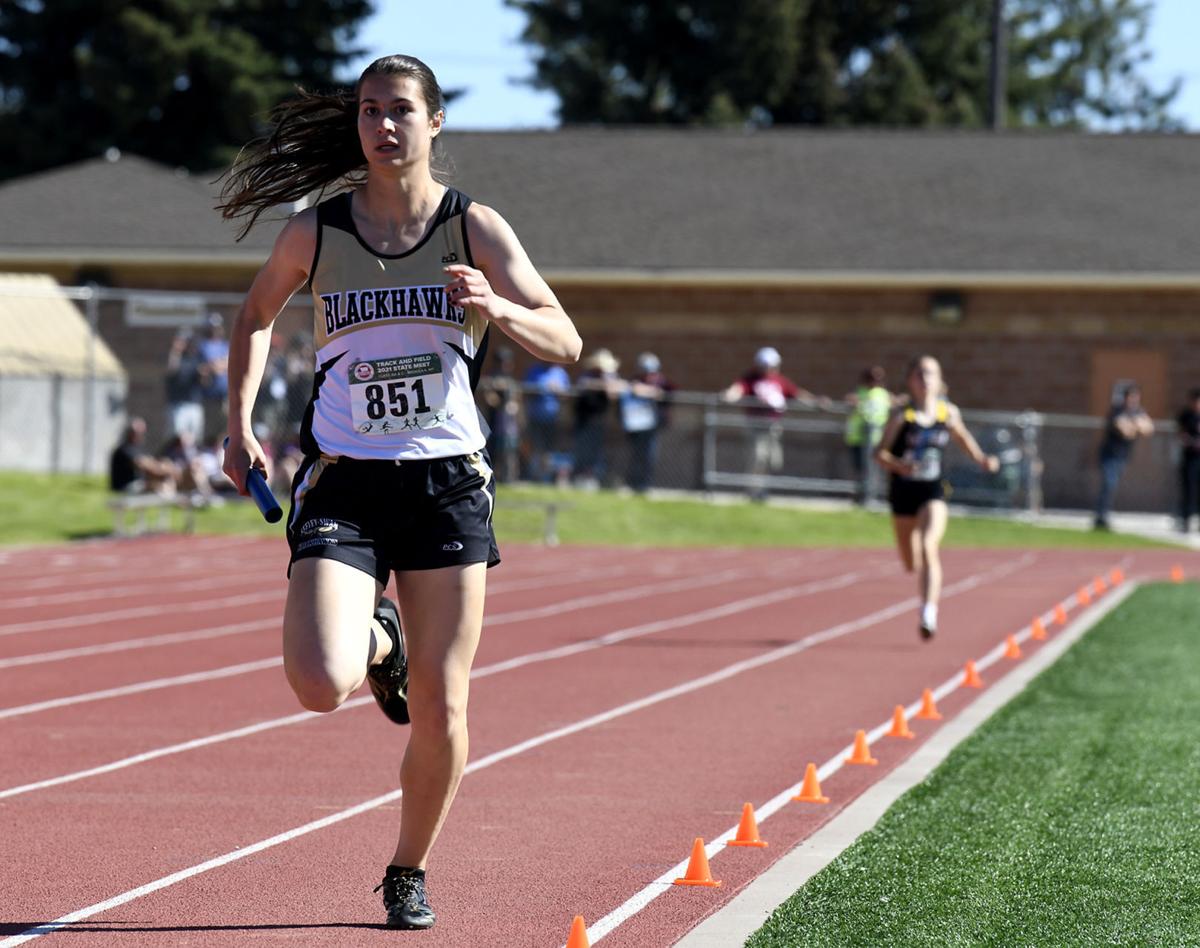 Klaire Kovatch of Seeley-Swan runs the anchor leg of the girls Class C 4 x 100 relay as the team took first in the event on Saturday. The Seeley-Swan girls were the state Class C champions. 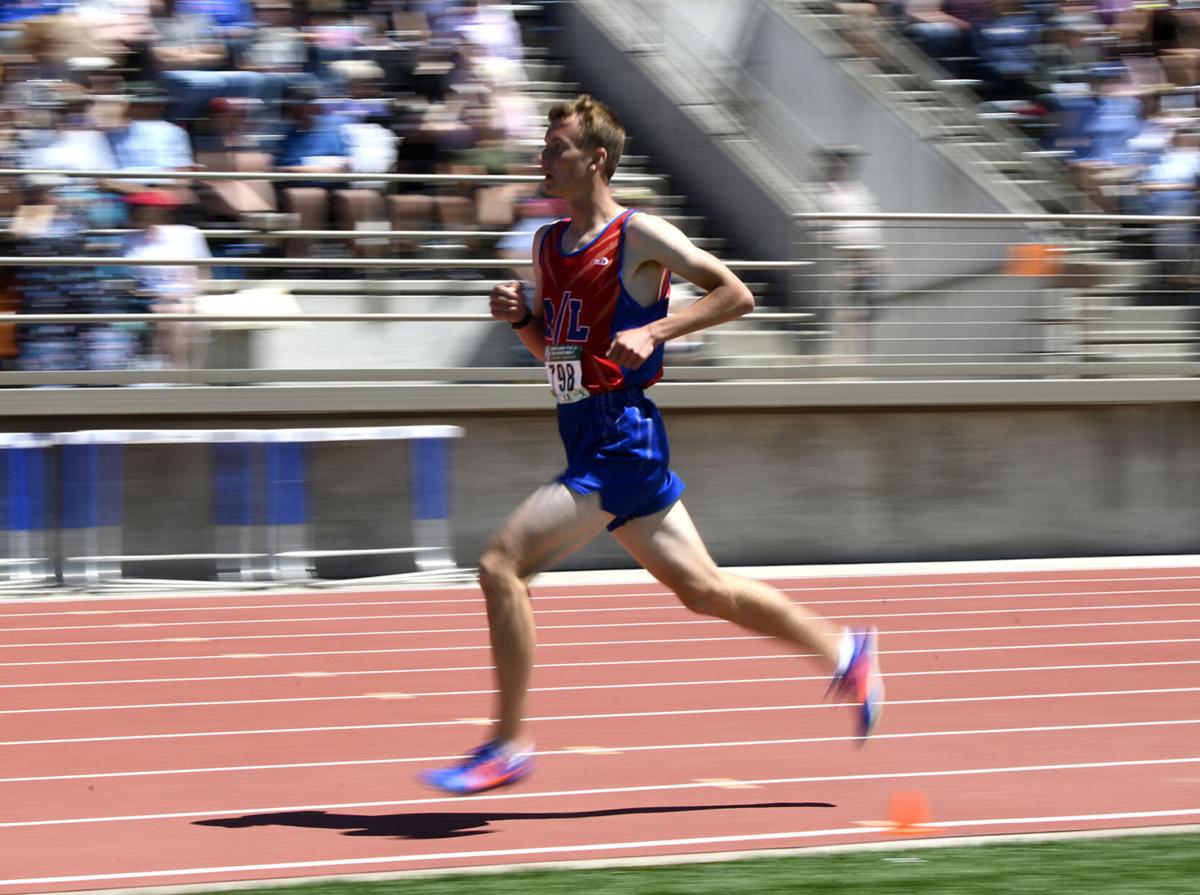 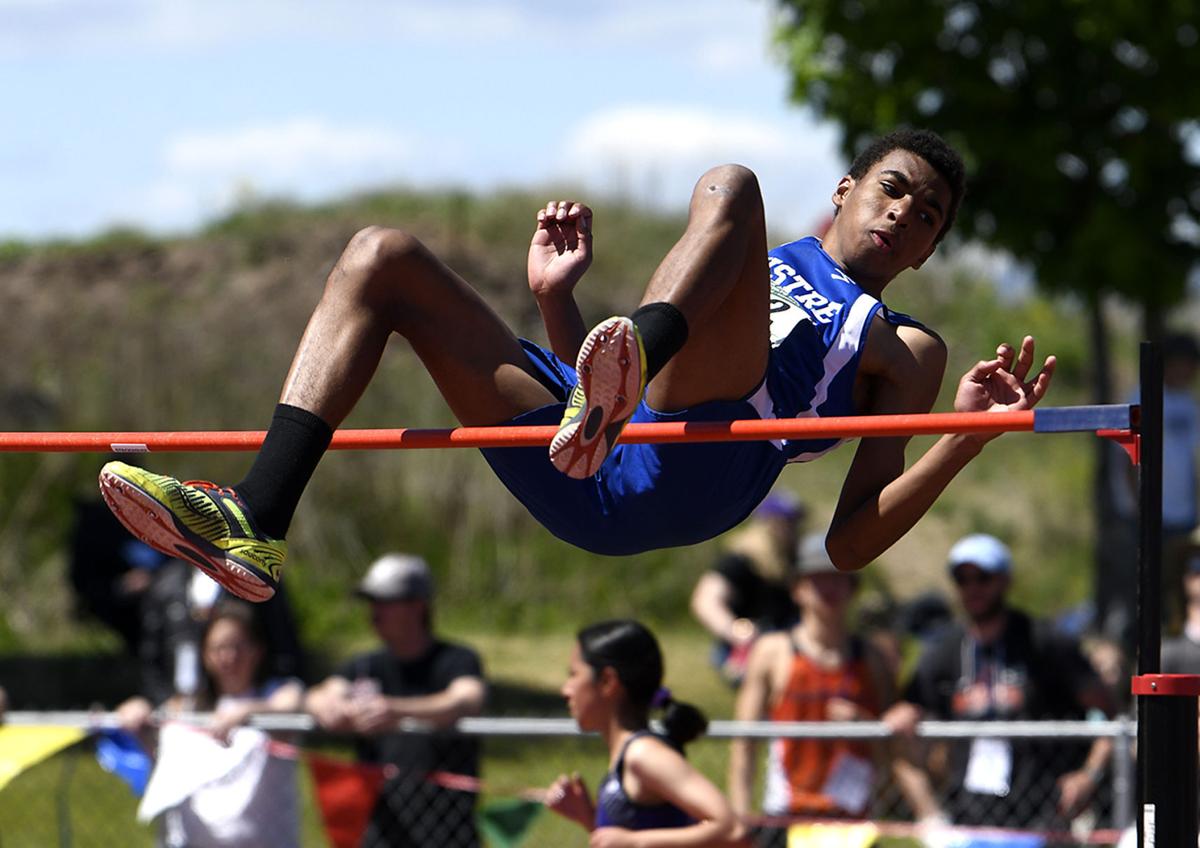 MISSOULA — The Seeley-Swan girls defended their 2019 team championship by starting the day like they finished it — with wins in both the 400 and 1,600 relays.

The Blackhawks earned the win with 72 points and were sparked by victories in the discus (Klaire Kovatch) along with the 400 and 800 (Sariah Maughan). Hinsdale was second with 42 points and Fort Benton and Plentywood tied for third with 37 points. However, the difference between third through eleventh place was separated by less than 10 points.

The Longhorns were bolstered by William Ullery’s wins in the 100 (11.48 seconds) and 200 (23.04) and finishing the meet victorious in the 1,600 relay. Hayden Diekhans also won the triple jump in 44 feet, 11 inches Saturday. Jace Thompson won the pole vault and Nick Marais won the long jump Friday to start the Longhorns' championship bid.

Watch now: Class C track and field champions on being able to compete in 2021

Multiple athletes scored at least two wins over the weekend.

"After not having a season last year, I've been waiting for this moment for two years now so it's just really exciting to be out here and just get to compete and hopefully bring Fort Benton home a state championship," Ullery said.

"I thought I had a chance (last year), but this kind of puts the cherry on the top of this year."

Richey-Lambert’s Sam Smith's wins both the boys 1,600 (Friday) and the 3,200 (9:56.82) on Saturday helped the Fusion to a third-place trophy. Smith said Saturday that he had verbally committed to Montana State.

"Times weren't super important today just because we needed points," he said of his focus coming into the day.

"I knew that Manhattan Christian would be fast. Oren (Arthun) — he's an upcoming freshman that's going to be very fast — so I was anxious to race him."

"I didn't get to do this sophomore or junior year so I just wanted to go out there and try as hard as I could to do the best I could," Tate Smith said. "My sophomore year I cut myself on and a hurdle warming up so I didn't get to run the rest of the season so that was a little rough."

The injury required six stitches and occurred just before the divisional race leaving him unable to advance.

"There's a lot more people than I thought. Like seeing the crowd full, that made me a little nervous, but it's been really fun and a great experience," Reuter said.

Hinsdale senior Kaitlyn McColly won both the 300 hurdles (46.34) and triple jump (35-4). Her win in the hurdles was one of the more dramatic races at the end.

"I didn't have a whole lot at the end of the race, you know you saw me stumbling across the finish line, but I gave myself enough of a cushion that it just worked I guess," McColly said.

McColly’s wins were bolstered by runner-up finishes in the 100 hurdles and pole vault.

"The 100 hurdles this morning were fun. I had a blast," McColly said. "I've been waiting for competition all year and I had so much fun even though I took second. (Carlee Fryberger) got the state record so I'm super happy for her and I had a lot of fun."

Add in her third-place finish in the long jump and her individual performance for the weekend totaled 48 points, enough to earn Hinsdale a runner-up team trophy. And according to Hinsdale track coach Taylor Olson, the only school record she didn't end up breaking was the triple jump in her final high school meet before joining the Williston State girls basketball team next year.

They may have had to travel the farthest, but Eastern C athletes didn’t seem to mind. Instead, they stood on top of the podium time after time.

In addition to the trio of Smith, Reuter and McColly’s dual-event winning performances, seven other Eastern Montanans stood atop the podium.

Plentywood sophomore Annie Kaul won the 3,200 in 11:50.12 as she chased and caught Belt's Lindsey Paulson down on the homestretch.

"When it got to the last 400, I knew that I had to go and I knew that I had the chance." Kaul said. "I was going to give it all I had no matter what, but I saw that I was gaining on her a little bit and I just couldn't stop and I had to keep my speed and just keep going."

Both high jump champions came from the East in Lustre Christian sophomore Jasiah Hambira for the boys in 6-3 and Saco freshman Teagan Erickson for the girls in 5-4.

"I was really hoping to get 5-4 and it was such a nice day to do it," Erickson said.

Charlo’s Carlee Fryberger again ran under the record in the 100 hurdles by winning in 14.81.

"I was hoping to PR, but you know, it's alright," Fryberger said. "I still ran hard and I still got first place so it's good."

Editor's note: This story has been updated to reflect Brooke Reuter breaking the 100 and 200 Class C girls records.

Email Lindsay Rossmiller at lindsay.rossmiller@406mtsports.com or find her on Twitter @LindsayRossmill.

Klaire Kovatch of Seeley-Swan runs the anchor leg of the girls Class C 4 x 100 relay as the team took first in the event on Saturday. The Seeley-Swan girls were the state Class C champions. 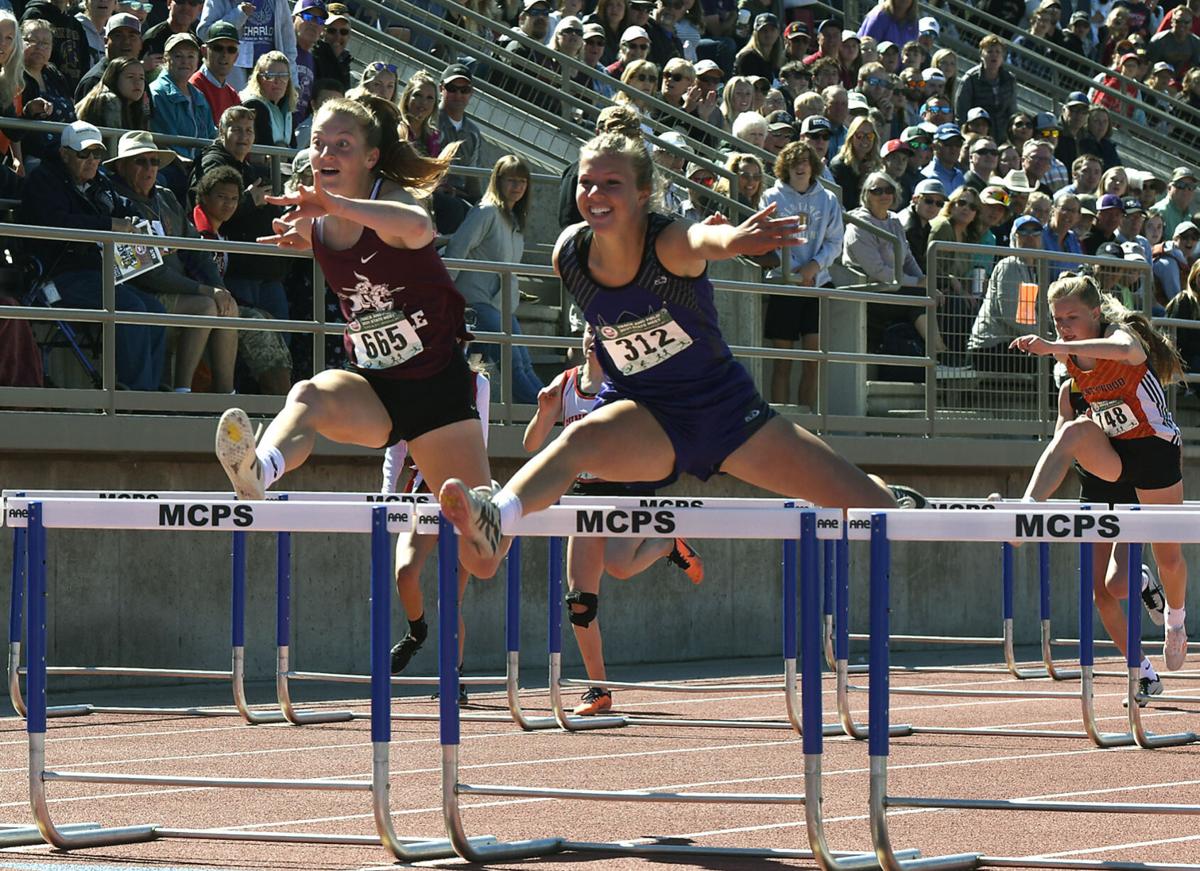 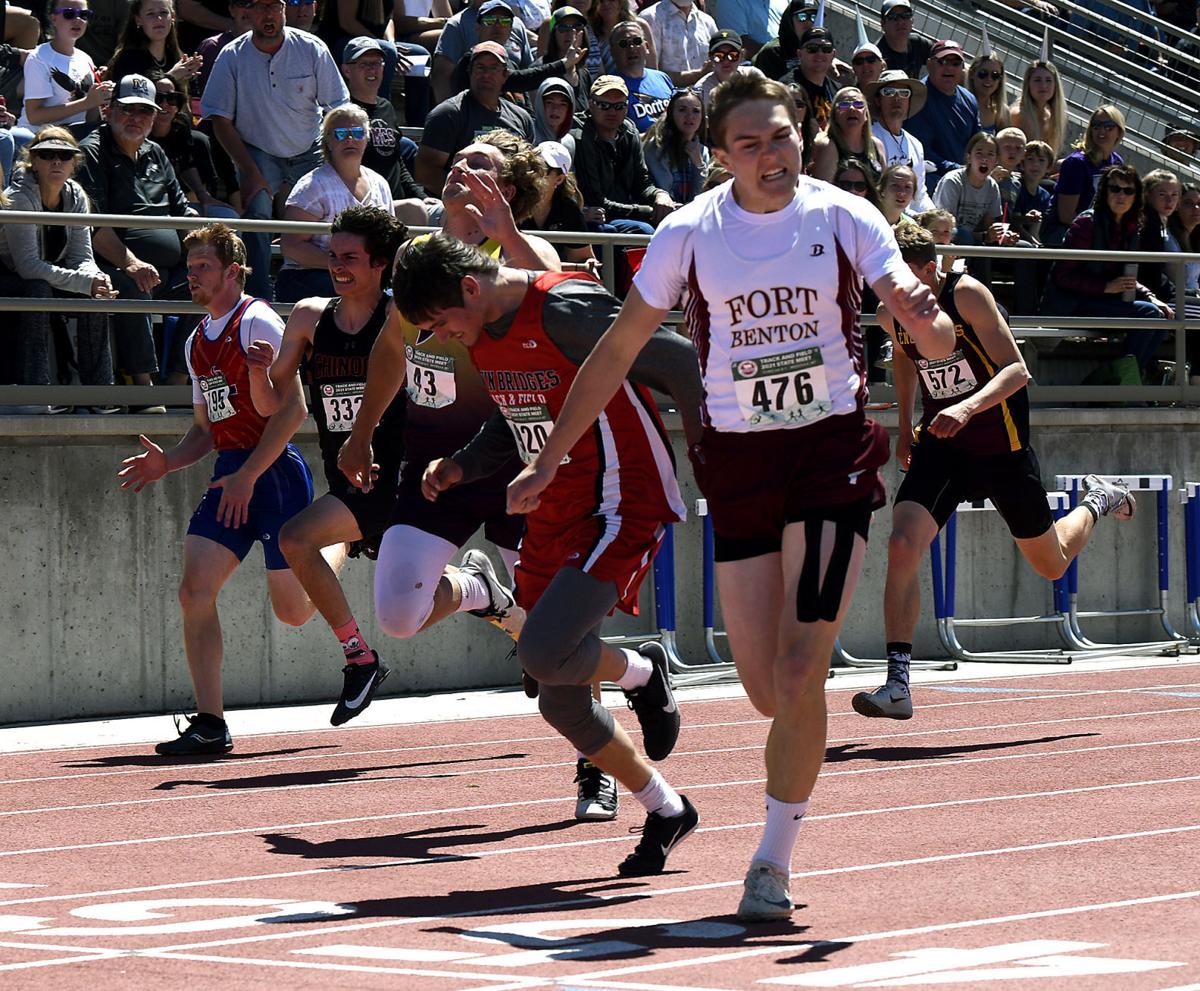 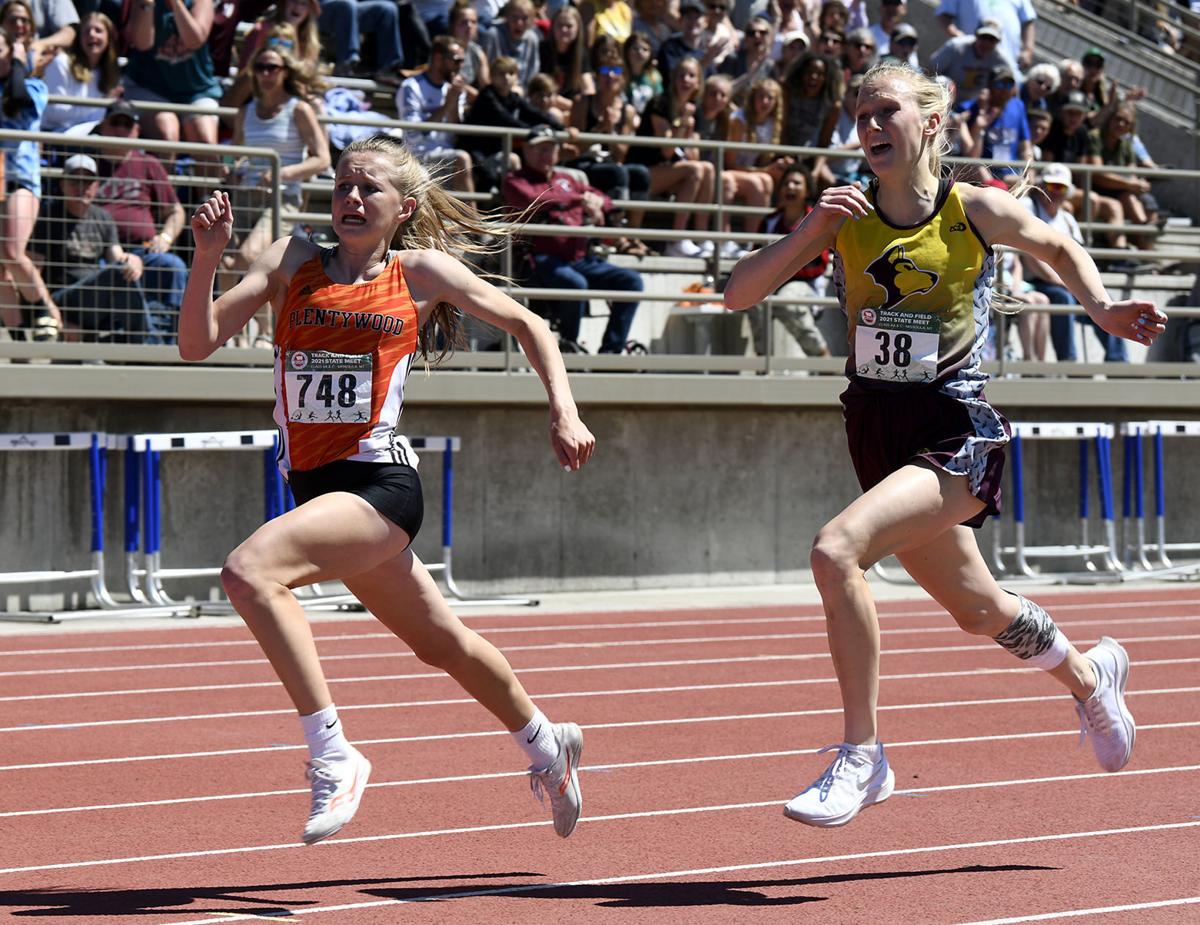