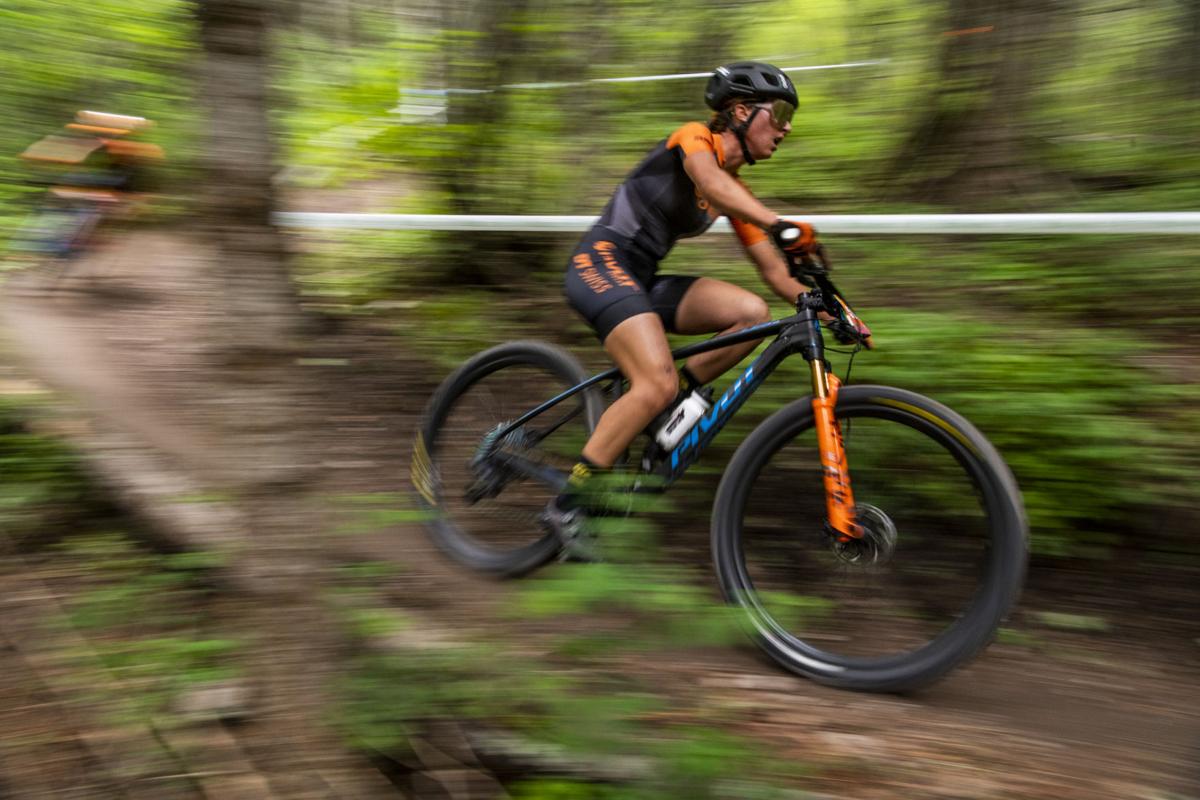 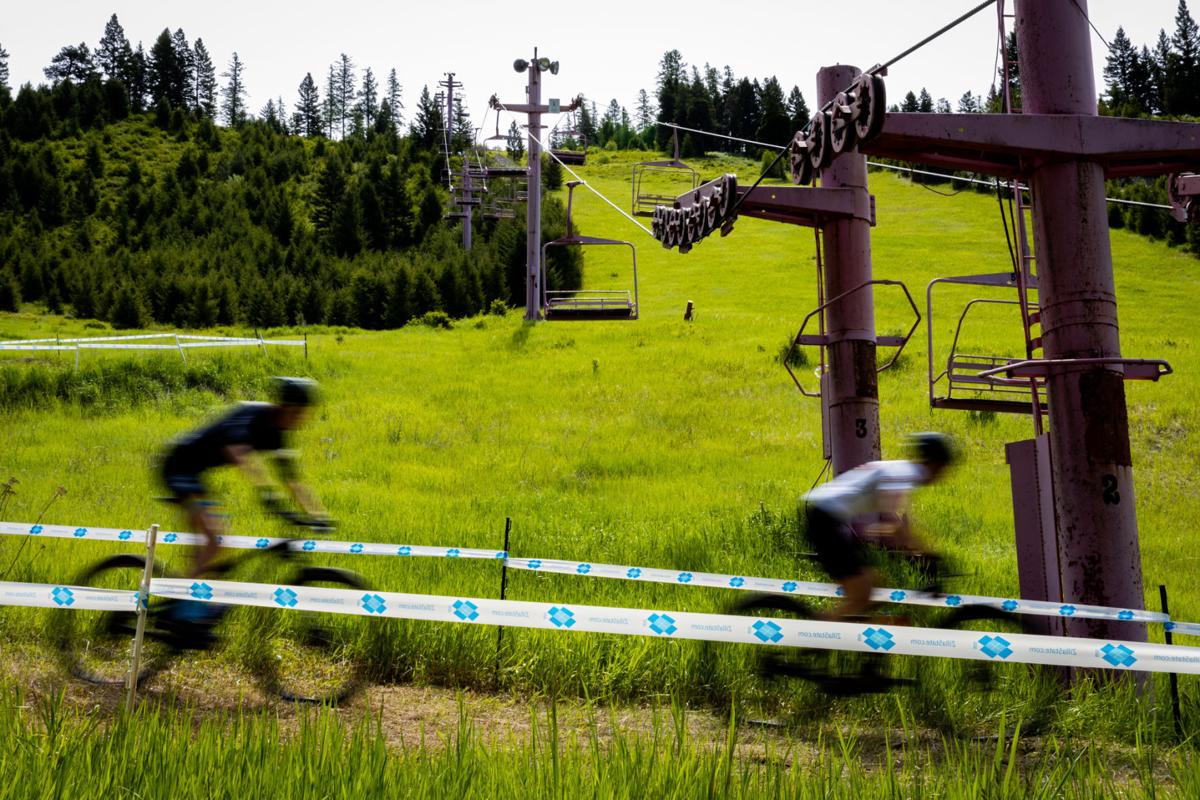 Missoula XC UCI mountain bikers do some practice rounds around the course at Marshall Mountain before the race later in the afternoon. 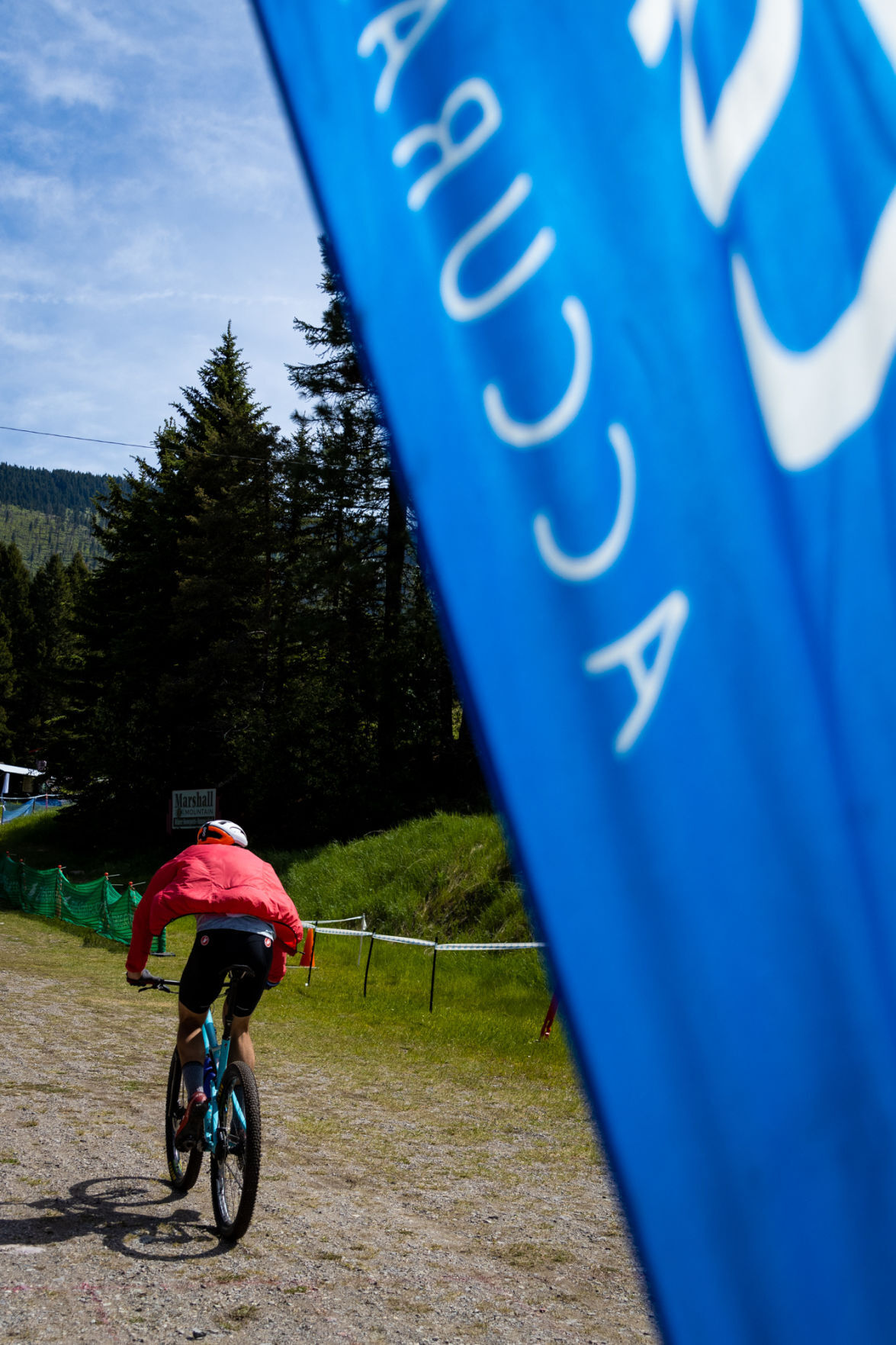 A UCI competitor crosses the starting line during a practice session at Marshall Mountain.

MISSOULA — The Missoula UCI cross country mountain bike race at Marshall Mountain got rolling Friday with some tight finishes on the short track.

On the men's side there was a neck-and-neck finish between 24-year-old Cole Patton and 27-year-old Tobin Ortenblad. For the first three laps the two were separated by seconds, appearing to trade spots here and there throughout the early part of the race.

Just when it looked like Ortenblad pulled away with a 14-second advantage after lap four, Patton cut it back down with an 11-second win in lap five to make up some of the lost time.

The two traded spots and leads for much of the rest of the 11-lap race until Patton pulled out a win in 25:48.27, edging out Ortenblad's time of 25:49.54 by a minuscule difference of 1.27 seconds. Lagging behind the top two finishers was 26-year-old Luke Vrouwenvelder who crossed the finish line just around two seconds behind first with a mark of 25:25.30 to snag third place.

Over on the women's side, it wasn't as close at the top compared to the finish the men had.

The event continues Saturday with the cross country race and will open with the pro men at 10 a.m., followed by the pro women at about 1 p.m. and later the top junior men ages 17-18 will race at 4 p.m. and the top junior women will go at 6 p.m.

Three hundred athletes from over 30 countries will be competing in seven events over three days.

Dennis Bender passed away Dec. 9, but left a legacy of kindness and selflessness that impacted the Missoula running community and beyond.

Missoula XC UCI mountain bikers do some practice rounds around the course at Marshall Mountain before the race later in the afternoon.

A UCI competitor crosses the starting line during a practice session at Marshall Mountain.