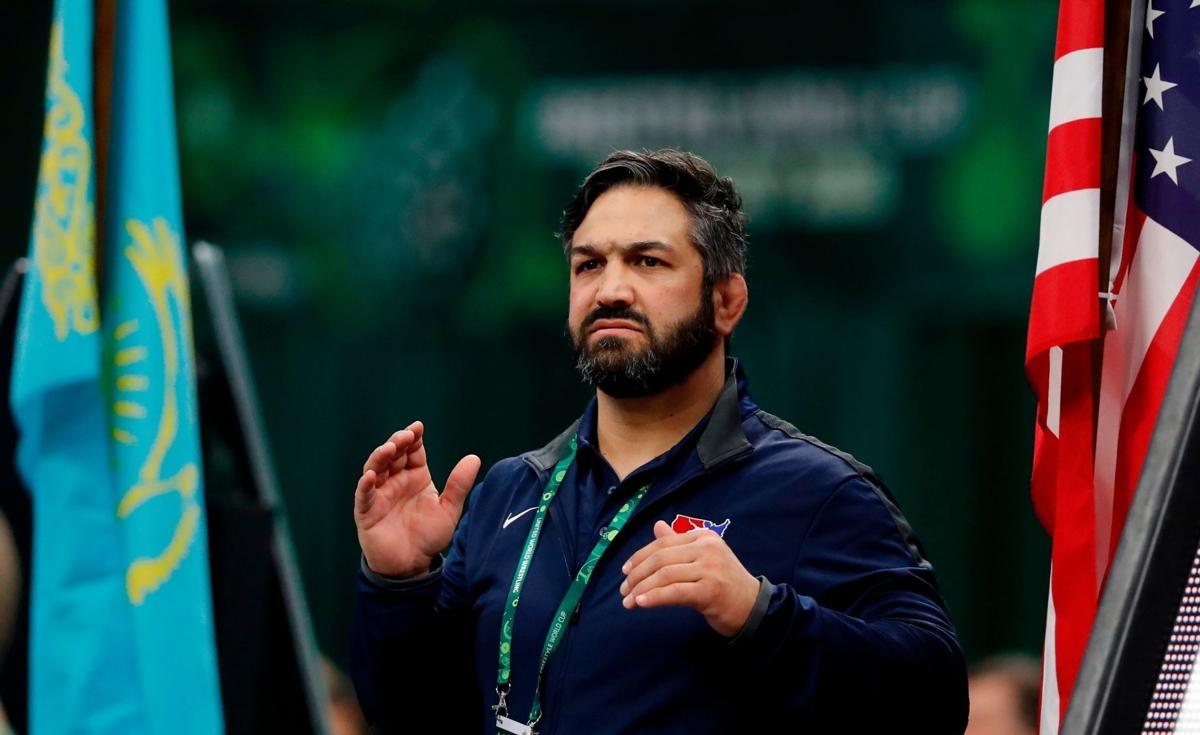 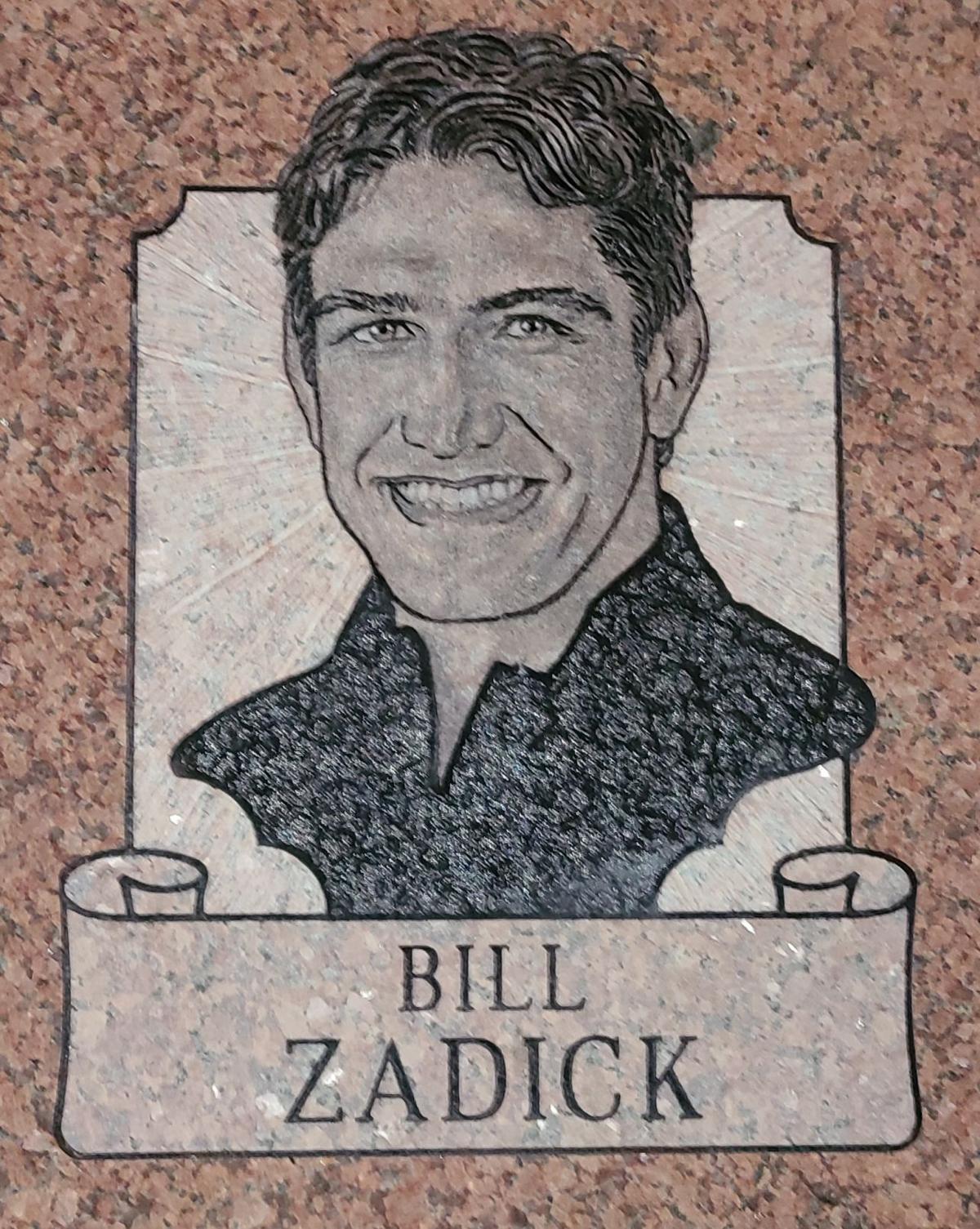 GREAT FALLS — The “first family” of Montana wrestling now belongs to the top echelon of the national mat scene.

Bill Zadick, the son of Montana coaching legend Bob Zadick and older brother of former Olympic wrestler Mike Zadick, is the second Treasure State grappler in history to be inducted into the national hall. The first was Missoula native Gene Davis, a two-time Olympian who has been a friend and mentor to the Zadick family over the years.

“Gene and I both live in Colorado Springs and we’re close friends,” Bill Zadick said. “He was in Oklahoma for the ceremony and spoke for me, along with my brother. That was very special.”

The Zadick brothers and Davis are three of 37 Treasure State wrestlers to win four high school state championships in their career.

Unfortunately, the patriarch of the Zadick clan wasn’t in Oklahoma for the historic ceremony; Bob Zadick passed away last November at age 80 after devoting more than five decades as a volunteer coach and tireless advocate for wrestling.

Bill Zadick, 48, was honored for numerous accomplishments, on and off the mat, for the past 35 years. After his high school career, he went on to the University of Iowa, where he was a two-time All-American under famed coach Dan Gable. He won an NCAA championship at 142 pounds in 1996.

He competed at a high international level the next decade, earning a World title at 145 pounds in China in 2006. He retired from competition two years later and turned his energy toward coaching. He has worked the past 12 years for USA Wrestling, the last four as head coach of the men’s freestyle team.

But the top dog in the national wrestling kennel hasn’t grown too big to lend his talents to the next generation of mat athletes. Bill and Mike spent four days this week operating the Zadick Brothers Wrestling Camp, which attracted about 90 boys and girls to the C.M. Russell High Fieldhouse.

For the next month, Bill will turn his attention to the national freestyle team as it prepares for the Tokyo Olympics. The team will leave the U.S. in mid-July and will compete Aug. 4-8 in Japan. He expects excellence from his athletes, but isn’t making any medal predictions.

“There hasn’t been much international competition the past year because of COVID, so we don’t know as much as usual. But we’ve got strong contingents in men and women and we’ll be well prepared,” he said.

Zadick also will guide the national team at the World tournament in Oslo, Norway, in October.

“It’s atypical to have the Olympics and Worlds the same year, but it’s been a different year,” he said.

Zadick, who lives in Colorado with his wife and young daughter, hopes to extend his coaching career for as long as possible.

“I got into coaching pretty late so I would like to go another 15 or 20 years," he said. "But at this level, it’s all performance-driven. If we win medals, I’ll probably have a job. If not, I won’t.”

Countries that have never won an Olympic medal

Get the latest in your inbox!

We're delivering updates and highlights on the Summer Olympics daily to your inbox, including What to Watch, live coverage, schedules and medal counts.

Tennis star Naomi Osaka has lit the cauldron at the Tokyo Games, ending the flame’s journey from Greece to these delayed Olympics. Relive the opening ceremony, in photos.

How to watch Montanans competing at the Tokyo Olympics

Three Montanans will be competing for Team USA in the Tokyo Olympics. Here's how to watch them.

Two South African soccer players have become the first athletes inside the Olympic Village to test positive for COVID-19, with the Tokyo Games opening on Friday.

Sweden stuns US 3-0 in women's soccer at Olympics

The U.S., ranked No. 1 in the world and the favorites to win gold, were riding a 44-match unbeaten streak. What's the loss mean for their chances at gold?

German athletes' unitard a move 'against sexualization in gymnastics'

The U.S. women’s soccer team is the heavy Olympic favorite, seeking a feat never achieved before

For all that’s been said about the U.S. women’s soccer team this year, there has been unusually little talk about the Olympics’ biggest soccer story line.

Gaza weightlifter Mohammad Hamada says he is aiming to rank among the top ten when he makes history as the first Palestinian to compete in the sport at the 2020 Tokyo Olympics.

The first day of full competition of the Tokyo Games could mark the turning point for an uneasy Japanese public that overwhelmingly disapproved of the Olympics being held during the pandemic.

Jim Souhan: A terrible idea? A thrilling ride? These Olympics probably will be both.

The whole thing promises to be a terrible idea poorly executed, and I can't wait to get there.